Learn how to connect to the Redis data structure store with "Hello World." 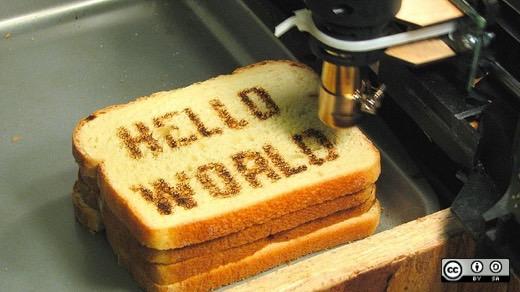 Hello World is a simple way to start exploring a new programming language, and it's almost always the first program people create. If you're reading this, you're probably new to Redis or Python and want to learn. To help you do that, let's build a "Hello Redis" program.

Redis, which stands for REmote DIctionary Server, is a BSD-licensed, in-memory data structure store released in 2009 by Salvatore Sanfilippo. One of the big differences between Redis and other NoSQL databases is the data structures that Redis provides. Instead of working with a table abstraction, Redis developers can leverage data structures like strings, hashes, lists, sets, and sorted sets using commands similar to the collection operations in most programming languages. Redis has replication capabilities, a server-side scripting language (Lua), transactions, and different modes of disk persistence.

Programming and development
Unless you've installed Redis for another project, more than likely it's not bundled with your operating system distribution. Using your OS package manager or third-party port system, you can download and install Redis on Linux and MacOS systems. Most packages will install a basic Redis configuration that starts up listening on port 6379, the default port for Redis.

Python is an interpreted, high-level programming language created by Guido van Rossum. It was released in 1991 under the Python Software Foundation License. The foundation oversees the development of Python, with Guido serving as the project's Benevolent Dictator for Life (BDFL). Python was designed to be approachable, with a simple syntax and an emphasis on readability. Its notable feature is that the indenting level of the code is used to indicate block structure.

Most Linux distributions and MacOS install Python by default, so it's likely you already have an appropriate version. The current version is Python 3, so the code in this article is written to run under it, but many operating systems install Python 2, and our code will work with Python 2.7.

You will need to install the redis-py package to connect to Redis, and you can do so using pip or pip3 (the Python package manager) with the following command:

If you see a message similar to Requirement already satisfied: Redis, the Redis-py package is already installed on your system.

Our Hello Redis program uploads a "hello" message to the Redis server, downloads the message that was just uploaded, and displays it to the user. Writing this program in Python (as in most languages) takes five basic steps:

Each step is implemented in the script below:

Once you're comfortable with this code, modify it to use the set and get methods to upload different data. From there, you can experiment with some of the other Redis data types linked above.

Tague Griffith - A self-professed database geek who runs the developer relations program for Redis Labs. At Redis Labs he focuses on supporting and growing the Redis developer community through community meetups, technical training, and developer evangelism. Prior to joining Redis Labs, he lead the internal infrastructure team at the photo sharing site Flickr building large scale distributed systems and infrastructure out of open source components to support monitoring,...
More about me

I am so surprised the redis library for python isn't using these defaults as fallbacks to environment variables if None is received for host, port, password (allowing for override, but also avoiding cluttering code) https://github.com/andymccurdy/redis-py/issues/970