In the second article in this series comparing Perl 5 to Perl 6, learn how to handle object destruction in Perl 6. 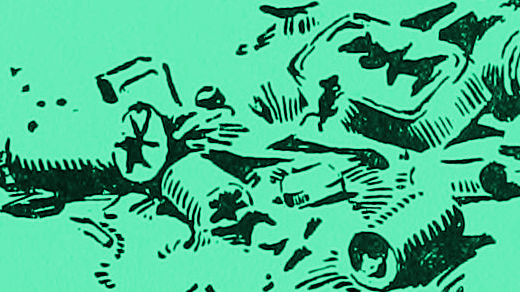 In the first article in this series on migrating Perl 5 code to Perl 6, we looked into some of the issues you might encounter when porting your code. In this second article, we’ll get into how garbage collection differs in Perl 6.

There is no timely destruction of objects in Perl 6. This revelation usually comes as quite a shock to people used to the semantics of object destruction in Perl 5. But worry not, there are other ways in Perl 6 to get the same behavior, albeit requiring a little more thought by the developer. Let’s first examine a little background on the situation in Perl 5.

In Perl 5, timely destruction of objects “going out of scope” is achieved by reference counting. When something is created in Perl 5, it has a reference count of 1 or more, which keeps it alive. In its simplest case it looks like this:

In Perl 5, if the value is an object (aka blessed), the DESTROY method will be called on it.

If no external resources are involved, timely destruction is just another way of managing memory used by a program. And you, as a programmer, shouldn’t need to care about how and when things get recycled. Having said that, timely destruction is a very nice feature to have if you need to deal with external resources, such as database handles (of which there are generally only a limited number provided by the database server). And reference counting can provide that.

Keeping things in sync gets more difficult in a multi-threaded environment, as you do not want to lose any updates to references made from multiple threads at the same time (as that would cause memory leakage and/or external resources to not be released). To circumvent that, some kind of locking or atomic updates would be needed, neither of which are cheap.

Please note that Perl 5 ithreads are more like an in-memory fork with unshared memory between interpreters than threads in programming languages such as C. So, it still doesn’t need any locking for its reference counting.

Reference counting also has the basic drawback that if two objects contain references to each other, they will never be destroyed as they keep each other’s reference count above 0 (a circular reference). In practice, this often goes much deeper, more like A -> B -> C -> A, where A, B, and C are all keeping each other alive.

The concept of a weak reference was developed to circumvent these situations in Perl 5. Although this can fix the circular reference issue, it has performance implications and doesn’t fix the problem of having (and finding) circular references in the first place. You need to be able to find out where a weak reference can be used in the best way; otherwise, you might get unwanted premature object destruction.

Since Perl 6 is multi-threaded in its core, it was decided at a very early stage that reference counting would be problematic performance-wise and maintenance-wise. Instead, objects are evicted from memory when more memory is needed and the object can be safely removed.

Programming and development
In Perl 6 you can create a DESTROY method, just as you can in Perl 5. But you cannot be sure when (if ever) it will be called.

Without getting into too much detail, objects in Perl 6 are destroyed only when a garbage collection run is initiated, e.g., when a certain memory limit has been reached. Only then, if an object cannot be reached anymore by other objects in memory and it has a DESTROY method, will it be called just prior to the object being removed.

If you always need an orderly shutdown of external resources used by your program (such as database handles), you can use a phaser to make sure the external resource is freed in a proper and timely manner.

For example, you can use the END phaser (known as an END block in Perl 5) to disconnect properly from a database when the program exits (for whatever reason):

Note that the END phaser does not need to have a block (like { ... }) in Perl 6. If it doesn’t, the code in the phaser shares the lexical pad (lexpad) with the surrounding code.

There is one flaw in the code above: If the program exits before the database connection is made or if the database connection failed for whatever reason, it will still attempt to call the .disconnect method on whatever is in $dbh, which will result in an execution error. There is however a simple idiom to circumvent this situation in Perl 6 using with.

The postfix with matches only if the given value is defined (generally, an instantiated object) and then topicalizes it to $_. The .disconnect is short for $_.disconnect.

If you would like to have an external resource clean up whenever a specific scope is exited, you can use the LEAVE phaser inside that scope.

Whenever the scope of the if is left, any LEAVE phaser will be executed. Thus the database resource will be freed whenever the code has run in that scope.

Even though Perl 6 does not have the timely destruction of objects that Perl 5 users are used to, it does have easy-to-use alternative ways to ensure management of external resources, similar to those in Perl 5.

Elizabeth Mattijsen - Elizabeth Mattijsen has been programming for a living since 1978 in various (mostly now defunct) programming languages before she started programming in Perl 4. In 1994 she started the first commercial web site development company in the Netherlands, using Perl 5 as the main programming language. From 2003 onwards, she was involved in the rapid growth of an online Hotel Reservation service. In 2012 she got more directly involved in the development of Rakudo Perl 6. From 2015 she has also...
More about me

Really good post about, I am a student and I found this paragraph little bit difficult to grasp.

"Since Perl 6 is multi-threaded in its core, it was decided at a very early stage that reference counting would be problematic performance-wise and maintenance-wise. Instead, objects are evicted from memory when more memory is needed and the object can be safely removed."

Am I missing something?

That MoarVM is **not** using reference counting, but instead a type of "mark and sweep", see e.g. https://en.wikipedia.org/wiki/Tracing_garbage_collection

That MoarVM is **not** using reference counting, but instead a type of "mark and sweep", see e.g. https://en.wikipedia.org/wiki/Tracing_garbage_collection