Throughout this past year, we've shared top open source news to keep everyone updated on what's happening in the world of open source. In case you missed any of the headlines, catch up on 10 of the open source news events that grabbed our readers' attention in 2020.

When COVID-19 was declared a pandemic in March, in-person conferences and events around the world came to a halt. Although many were canceled or postponed, others moved to virtual formats with massive early success, reports Correspondent Alan Formy-Duval in his May news roundup. More than 80,000 people attended Red Hat Summit 2020 online in April, and GitHub Satellite saw 40,000 tune in from 178 countries. These were some of the biggest virtual conferences anywhere in 2020.

Open source in the battle against COVID-19

As the world focused on controlling the spread of COVID-19, it is no surprise that open source technologies were critical in the effort. Scott Nesbitt shares how open data was used to "create tracking dashboards and apps, [design] ventilators, and [develop] protective gear." COVID tools, datasets, and research findings were also shared openly on GitHub for others to use and collaborate on.

In February, Tim Hildred helped us celebrate the exciting news about Java's 25th anniversary. Java was initially designed for interactive televisions with applets embedded in HTML pages, and it has since become the primary programming language for many enterprise applications, especially in financial services. Congratulations to the beloved Java language on reaching the quarter-century mark!

The GNOME Foundation and Endless partnered to launch a new Community Engagement Challenge. The objective was to bring "beginners into open source and [encourage] ongoing participation in open source communities," writes Ben Cotton. Of the applications submitted by the July deadline, 20 projects were selected to continue to the challenge's second phase. Five were invited to participate in the third phase, with the winner to be announced in April 2021.

The Cloud Native Computing Foundation (CNCF) hosts various projects, including Kubernetes, to advance container technology, and it runs the world's largest open source developer conferences. In 2020, CNCF took on Red Hat's Operator Framework, an open source toolkit for managing Kubernetes-native applications in an automated and scalable way. "The increasing number of projects and code in the stewardship of neutral foundations like the CNCF is a testament to the power of collaboration," writes Tim Hildred.

Two German states roll out Element for their education system

Correspondent Lauren Maffeo writes that the German states of Schleswig-Holstein and Hamburg deployed Element, an open source messaging platform, to their education system with 500,000 users. It was an exciting leap for open source in the collaboration software market, which has been led by closed source applications like Slack, Zoom, and Microsoft Teams. Several open source collaboration projects, including Element, Mattermost, and Jitsi, took big strides during the COVID-19 pandemic.

Strapi, an open source, headless CMS for building powerful APIs, announced general availability five years after its first commit, hundreds of contributors participating, and more than a million downloads, shares Jeff Macharyas. Used by organizations from small businesses to Global 500 companies, Strapi is a testament to the staying power of open source projects backed by a community of users and contributors.

Wireguard merged into the Linux Kernel

Wireguard, the open source communication protocol for virtual private networks (VPNs), was merged into the Linux Kernel codebase in January, says Correspondent Don Watkins. While the full effects are yet to be seen, this move has the potential to change the landscape of VPNs powered by open source.

Scott Nesbitt reports on a new Mozilla Foundation subsidiary, MZLA Technologies, which will be "the new home of the Thunderbird project." MZLA Technologies will help Mozilla offer products and services that would not be possible otherwise. Time will tell if Mozilla transfers other products to the new subsidiary.

What news do you anticipate open source software will make in 2021? Which companies, projects, or communities will we hear from the most? Let us know in the comments.

What to read next
Tags
News
Best of Opensource.com
Jason Blais 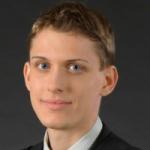 Jason is a Lead Product Manager at Mattermost where he is growing a community of contributors and users around the project. He is passionate about open source and has been in the space since 2015. Connect with him on Twitter at @jasonblais.
More about me