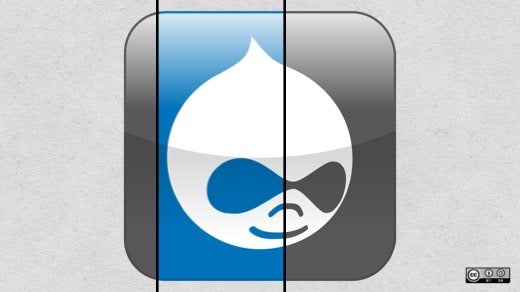 Thomas Edison famously said, "The three great essentials to achieve anything worthwhile are, first, hard work; second, stick-to-itiveness; third, common sense." This quote made me wonder if "sticking-to-it" is contradictory to innovation; does it make you resistant to change? But, the more I pondered on it, I realized that innovation is fueled by perseverance.

Before Drupal 8 was introduced, the Core committee had not just promised to innovate; they decided to be persistent. Persistent in continuous reinvention. Persistent in making Drupal easier to adopt—not only by the market but also by developers with various levels of expertise. However, to be able to make Drupal successful and relevant in the long run, a drastic change was needed—a change that would build a better future. For this, Drupal 8 had to dismantle the Drupal 7 architecture and lay a fresh foundation for a promising future. Moving on to Drupal 9 (coming soon) and subsequent versions will now be easy and straightforward.

Freedom to innovate with open source

Innovation brings freedom, and freedom creates innovation. Open source gives you the freedom to access, learn, contribute, and, most importantly, the freedom to innovate. The ability to learn, catch up, and reinvent is extremely crucial today. Drupal began as a small internal news website and later went on to become an open source content management system (CMS) because there was a potential to make it much more compelling by attracting more contributions. It gave developers the freedom to collaborate, re-use components, and improvise on it to create something more modern, powerful, and relevant.

The web is always changing. To stay relevant, Drupal had to introduce changes that were revolutionary but, at the same time, not so hard to accept. Drupal 7, as a content management system, was widely welcomed. But it lacked in certain aspects like developer adoptability, easy upgrade paths, better API support, and more. Drupal 8 changed everything. They did not choose to build upon Drupal 7, which would have been an easier choice for an open source CMS. For a more future-proof CMS that is ready to accept changes, Drupal 8 had to be rebuilt with more modern components like Symfony, Twig, PHP 7, and initiatives like the API-first initiative, mobile-first initiative, Configuration Management initiative, etc.

Drupal 8 was released with a promise of providing more ambitious digital experiences with better UX improvements and mobile compatibilities. The goal was to continuously innovate and reinvent itself. For this to work, these practices needed to be put in place: semantic versioning (major.minor.patch), scheduled releases (two minor releases per year), and introducing experimental modules in Core. All of this while providing backward compatibility and removing deprecated code.

Let’s look at some of the promises that have been delivered with each minor version of Drupal 8.

Opening doors to a wider set of developers

Although Drupal was largely accepted and loved for its flexibility, resilience, and, most of all, its content management abilities, there was a nagging problem—the "deep learning curve" issue. While many Drupalers argue that the deep learning curve is part and parcel of a CMS that can build highly complex and powerful applications, finding Drupal talent is a challenge. Dries, the founder of Drupal, says, "For most people new to Drupal, Drupal 7 is really complex." He also adds that this could be because of holding on to procedural programming, large use of structured arrays, and more such "Drupalisms" (as he calls them).

"The whole of science is nothing more than a refinement of everyday thinking."– Albert Einstein.

Open source today is more than just free software. It is a body of collaborated knowledge and effort that is revolutionizing the digital ecosystem. The digital world is moving at a scarily rapid pace, and I believe it is only innovation and perseverance from open source communities that can bring it to speed. The Drupal community unwaveringly reinvents and refines itself each day, which is especially seen in the latest release of Drupal 8. 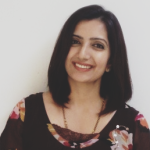