How to use cron on Linux | Opensource.com

The cron system is a method to automatically run commands on a schedule. 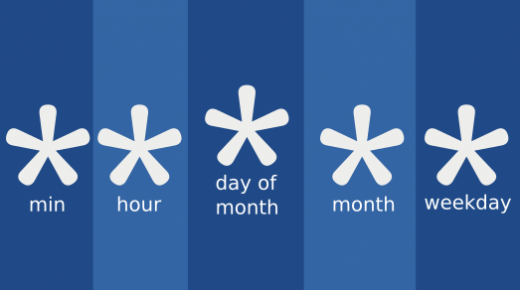 The cron system is a method to automatically run commands on a schedule. A scheduled job is called a cronjob, and it’s created in a file called a crontab. It’s the easiest and oldest way for a computer user to automate their computer.

To create a cronjob, you edit your crontab using the -e option:

This opens your crontab your default text editor. To set the text editor explicitly, use the EDITOR environment variable:

An asterisk (*) in a field translates to "every." For example, this expression runs a backup script at the 0th minute of every hour on every day of every month:

This expression runs a backup script at 3:30 AM on Sunday:

For example, this crontab line runs a backup script every day at midnight:

How to stop a cronjob

Once you’ve written your crontab, save the file and exit your editor. Your cronjob has been scheduled, so cron does the rest.

No time for commands? Scheduling tasks with cron means programs can run but you don't have to stay up late.
David Both (Correspondent)

Instead of manually performing repetitive tasks, let Linux do them for you.
Seth Kenlon (Red Hat)

How do you turn off a cron job once you've started it?

Thanks for the prompt. I've added a section on stopping cronjobs.

The examples are backwards! - the command goes at the end after the time spec, not at the front.