What I love about OpenStreetMap | Opensource.com

This month is the birthday of OpenStreetMap (OSM), a community-owned collaborative geographic database of the world. 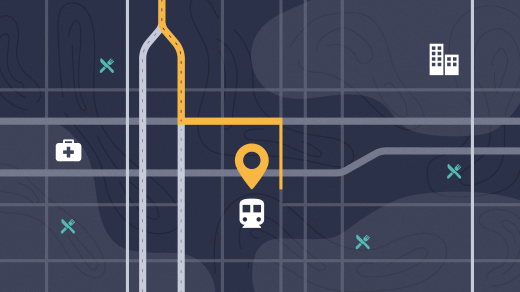 This month is the 17th birthday of OpenStreetMap (OSM), a community-owned collaborative geographic database of the world. This cool database was inspired by the success of Wikipedia and the (rather annoying) predominance of proprietary map data. With over two million registered users and growing, many collect and provide data from GPS devices or local knowledge of the mapping area. OSM also has established a model for non-governmental organizations to collaborate with international organizations. A notable example of this, during the 2010 Haiti earthquake, OSM and Crisis Common volunteers using available satellite imagery to map the roads, buildings, and refugee camps of Port-au-Prince in just two days built the most complete digital map of Haiti's roads. This is known as Crisis mapping and is a real-time way to have people contribute and create situational awareness of the surroundings for the citizens and any humanitarian aid groups.

I find all of that absolutely amazing and interesting, so let's talk about all the cool ways you can view and contribute to populating information into the database.

How can I view the maps?

There are a surprisingly large number of ways to view the maps for OSM. The first and most basic is using any web browser of your liking and going to the OMS site. Here you can actually join in on the fun of mapping too. 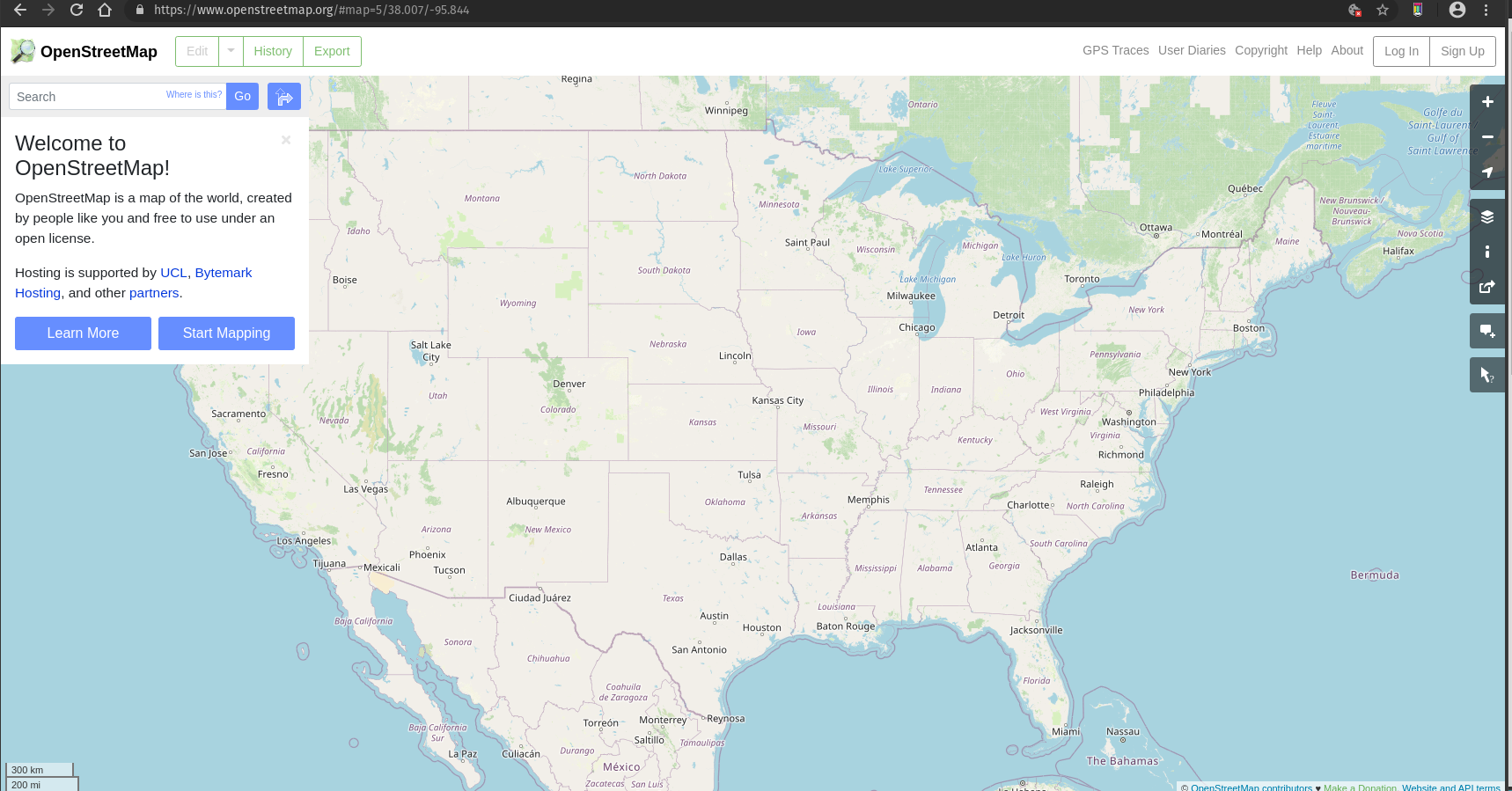 We also have Marble Maps for some Linux-based mapping, the KDE virtual globe, which also shows the moon, sun, and other planets in the 3-D model.

Gnome Maps is also a Linux-based app where OSM is used. 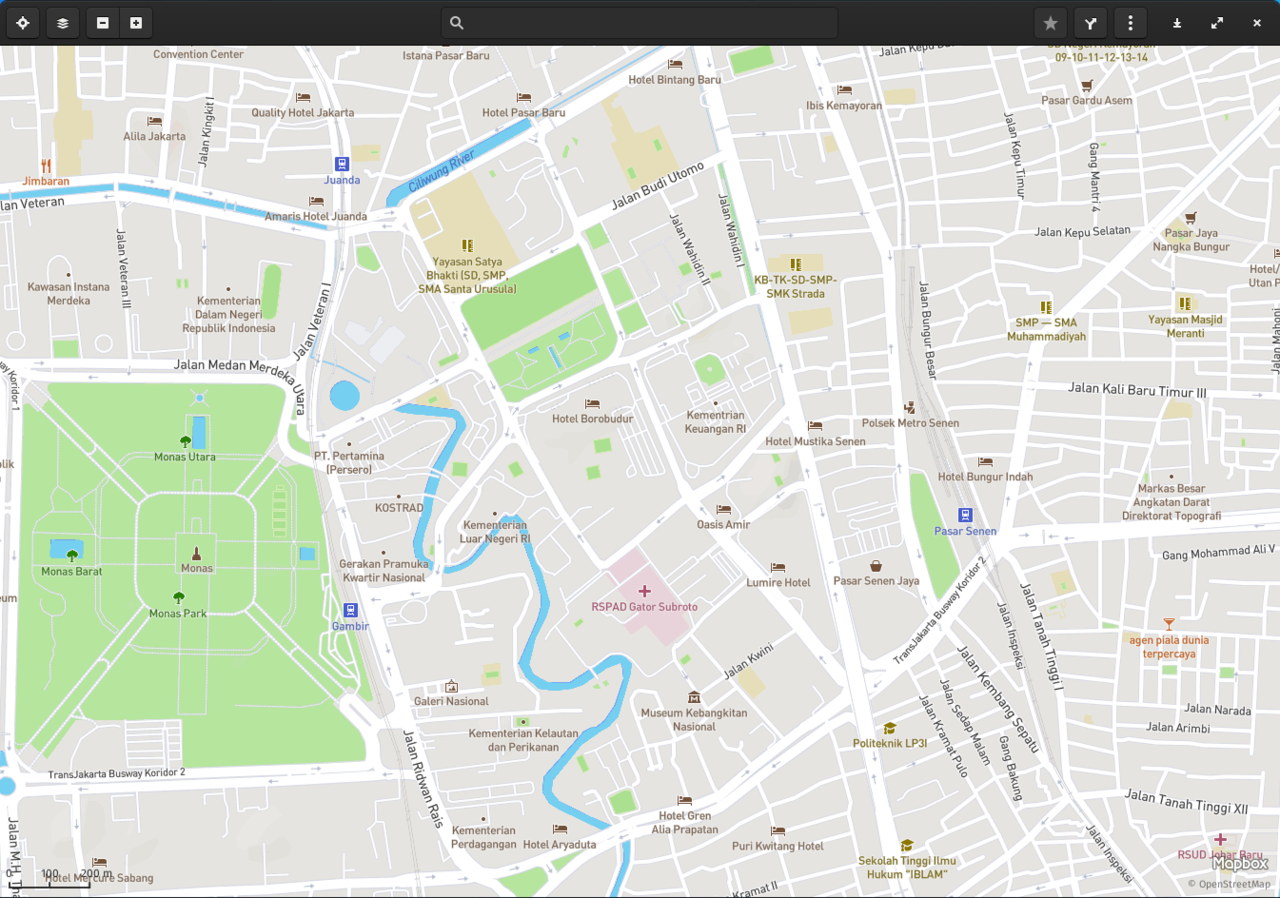 Along with all of these, there are several open source mobile apps. To name a couple—OsmAnd, Maps.me, and StreetComplete.

Well, how do I contribute to this project?

I'm glad you asked. Let's do a walk-through on the OSM site, using some common knowledge that we know about an area. To start, I created an account on OSM, so I chose to log in and use my account to edit. Creating an account is relatively quick, and you can actively choose to use another of your accounts to link to it—for example, OpenId, Github, or Google.

From there, I put in a town I was living in for a great many years and clicked edit to get into the editing software OSM uses. It does also give you the option in the drop-down for remote editing software as well. 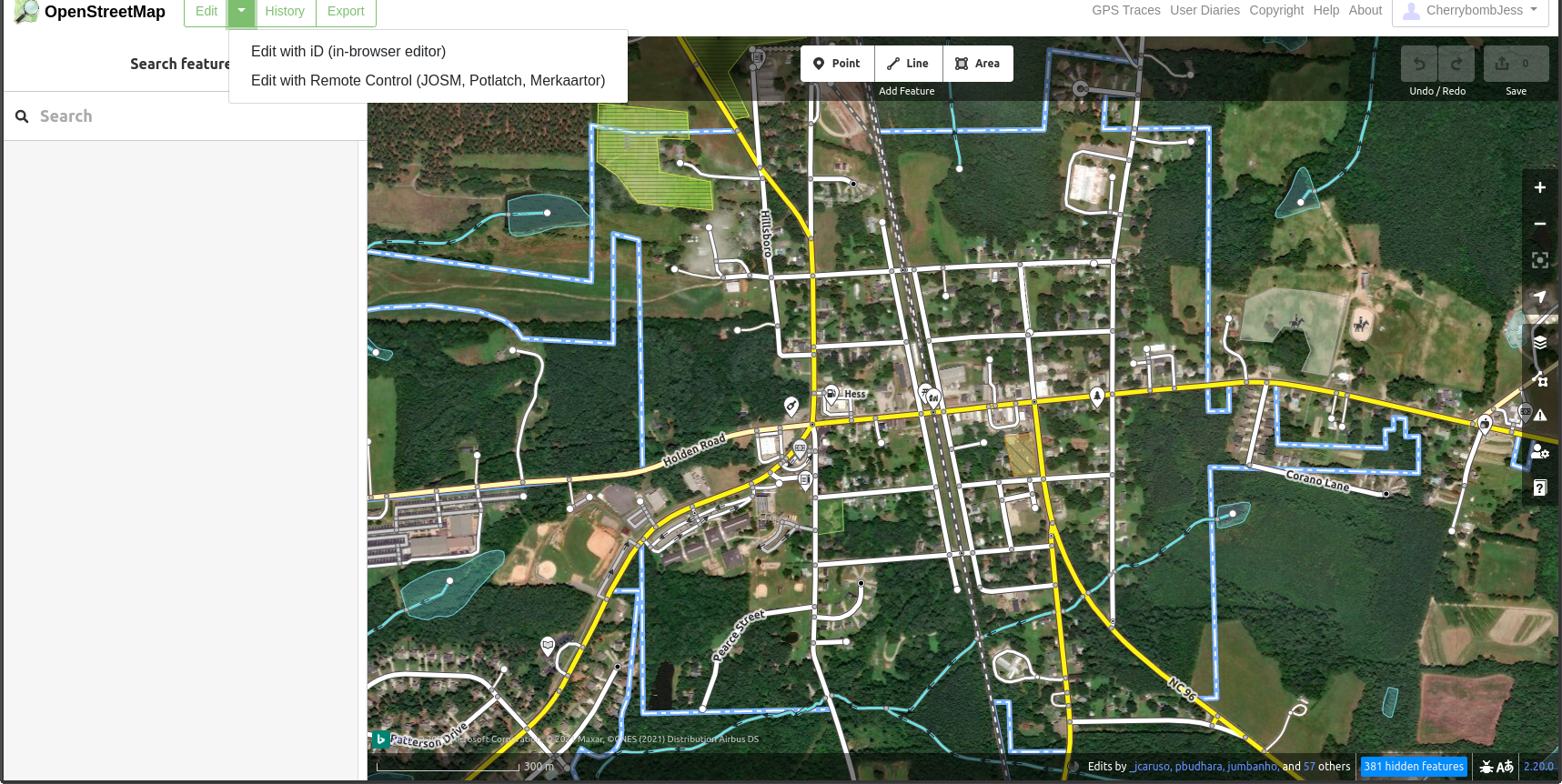 Next, I found a gas station I drove by every day and saw that it was unnamed, so I clicked on it to edit it and add information. Next, I added the information to the fields and clicked the x on the right of Edit feature, and the information was kept but not saved. To save, you'll have to click the save button on the top right of the map. It shows a 1 in mine because I made one change to review and save. 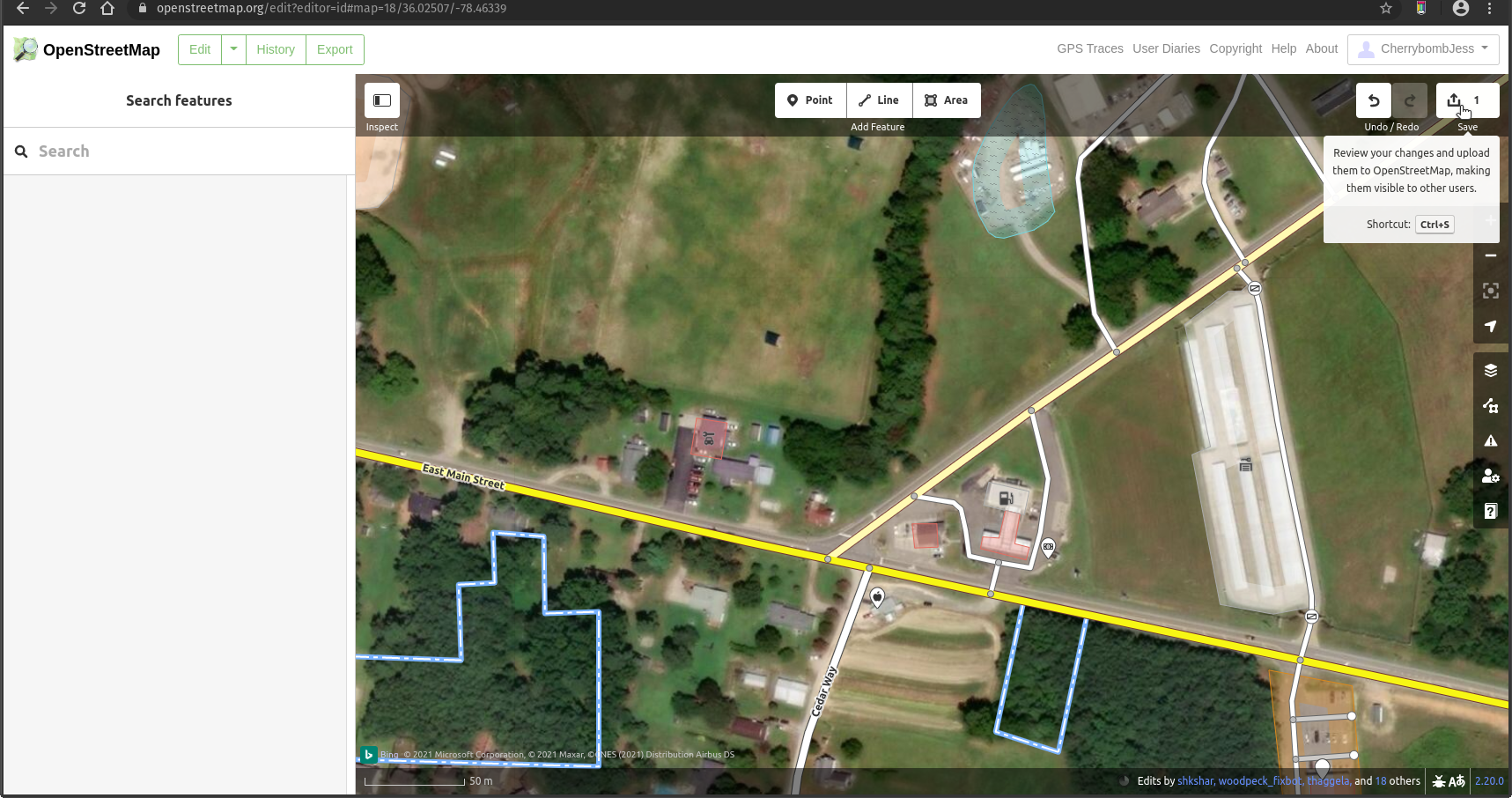 Next, it asks for a comment and a review of what you changed. After reviewing, you can choose to have someone check your change by clicking a checkbox or go ahead and submit with no review by clicking upload. 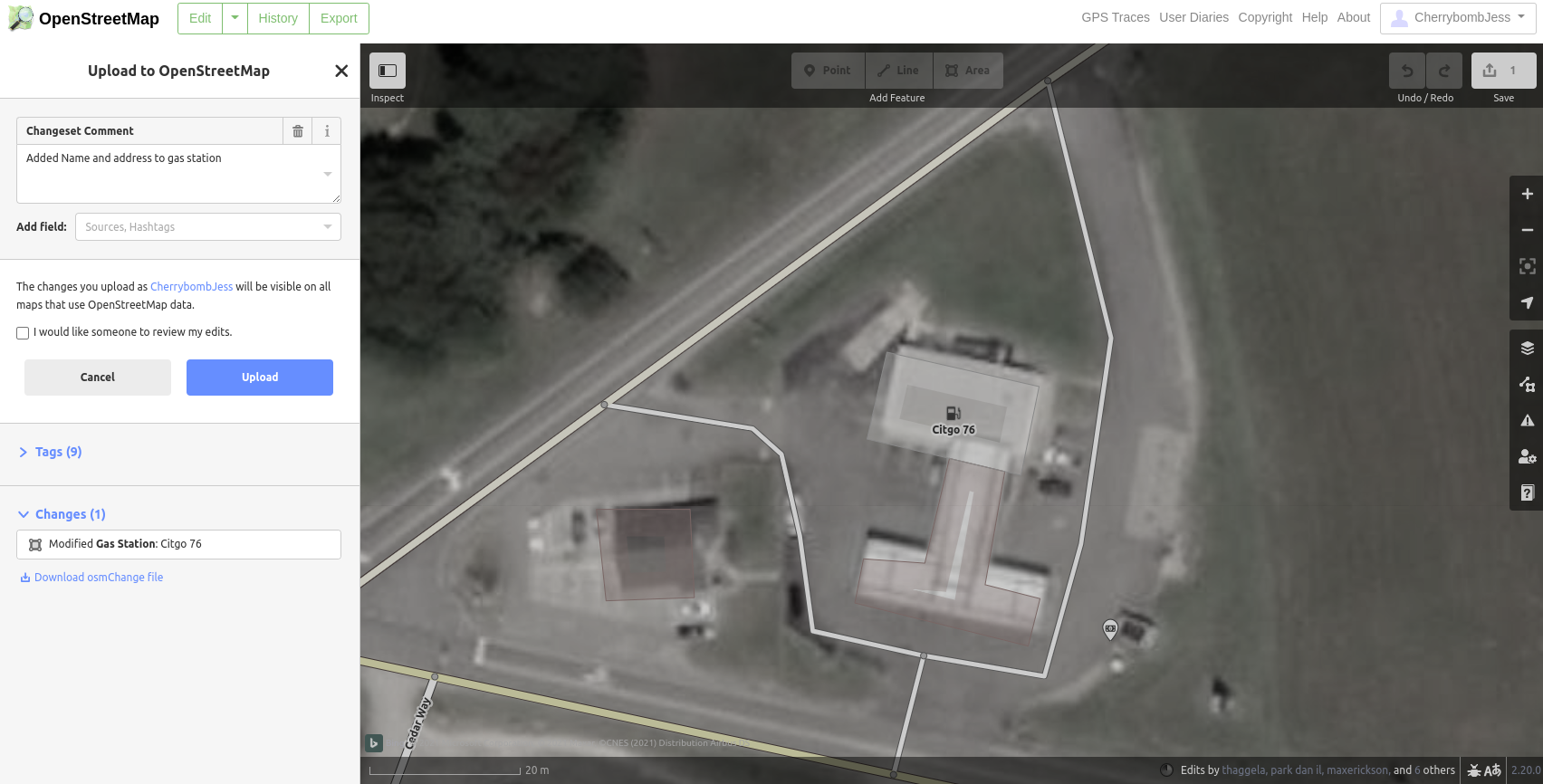 Once you upload it, you have officially added new information to OSM and will be greeted with this message on your screen's left side, including your changeset. 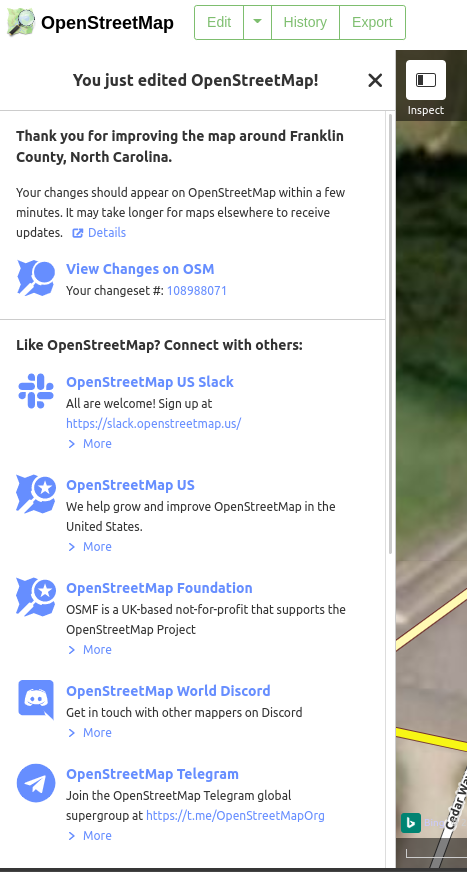 Other things you should know

More Great Content
Some other bits and pieces of the OSM site—if you decide to register—include a cool user-diary function. You can add your thoughts and a location in Kramdown format. In this section, you'll also see a feed of many user-diary entries. Some of these include editing questions or pointing out problems found with the associated software used to edit the maps. You will need translations, though, as a large number of streaming diaries are not in English. The next section that is noteworthy is the GPS traces section of the OSM site. These are a list of public GPS trace uploads and a place where you can upload your traces. When you look at the individual traces, you can see the line movement, which is an interesting watch, you can also click the "View map" link next to the trace, and you will see precisely where the mapping came from.

OSM is an amazing community that actually does a large amount of good around the world. I did enjoy looking at all of the computer-based apps I could use to edit the maps. Though, the thing I never covered was the cool things you can do with your phone and OSM. Be ready for the next edition of OSM anniversary information, where I cover the StreetComplete app.

Everyone is talking about maps lately. Google maps are no longer on the iPhone. Apple maps have...
Casey Brown

GIS and maps
Women in tech

Jessica Cherry - Tech nomad, working in about anything I can find. Evangelist of silo prevention in the IT space, the importance of information sharing with all teams. Believer in educating all and open source development. Lover of all things tech. All about K8s, chaos and anything new and shiny I can find!
More about me

How Knative unleashes the power of serverless

4 tips to becoming a technical writer with open source contributions

Never realised this existed till just now. Thanks for the article.