The uneasy relationship between open source and profit | Opensource.com

The uneasy relationship between open source and profit 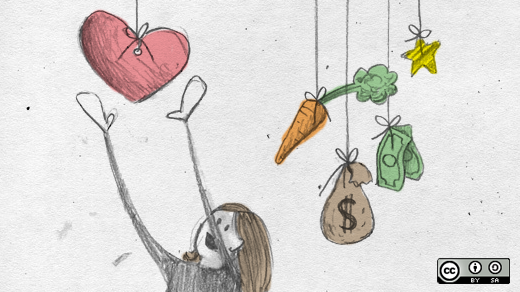 Open source has always had an on-again, off-again relationship with profit.

Yet the first open source companies to emerge in the early part of the last decade used FOSS licenses, not the "permissive" BSD-type licenses Raymond favors. They wanted community support, and an equal relationship among developers encouraged it.

The problem with that, as Piston Cloud's Joshua McKenty notes in a recent ReadWrite interview, is that developers are focused on solving their problems, not the market's. A program's users have market-oriented problems and market-oriented changes in mind for software. They don't want a good hack. They want new features, and they want what they use to work.

This has helped drive groups like Apache and Eclipse to open source leadership. Their ethical sense attracts independent developers, but it's their business relationships that make them powerful. The key developers at these groups all have jobs. They are acting as ambassadors, between their employers and the group. So they bring the market's perspective to a shared endeavor, as well as a heavy dose of professionalism. You can argue that many are acting as professors or preachers on sabbatical, or like college fellows, going full-time with a project to re-charge their batteries, and taking that fire back with them to their employers.

The biggest problem any open source company has is maintaining motivation. You don't just want money. You also want mindshare. The attention paid you, in the form of developer time, is a currency that grows both the project and the customer's devotion to it. At the same time, the benefits of open source flow most freely when you become more than a customer. It's only when you're committed to a project, when you have people who really understand it, that you gain its full benefits.

When open source was new, right after the dot-bomb, there were a lot of unemployed programmers running around. Today's recession is mostly impacting those without education. Skilled programmers have options. Educated people of all types have opportunities. So we can't grow open source today with a recession mentality.

The other reason lies in changing copyright and patent laws, which have encouraged a proprietary attitude, especially in the mobile space.

Fact is, Apple and Microsoft (as well as others) don't believe you can build an open source codec or an open source smart phone. The basics of these technologies can't be innovated around, they say, and they are all ring-fenced with patent claims. Open source stay out.

This attitude is winning in courts, and it represents the chief challenge to open source going forward. Because in supporting open source in these growth areas, developers will increasingly find themselves accused of taking the side of China against Europe and America. China builds nearly all our hardware, and thus it's assumed that unless western companies can control software, distribution, and markets that our economies will become supine before our economic enemies.

My view is that this is a naïve attitude, and it's one I've been taking on for almost a decade. I first wrote about it in The Secret of Slater's Mill in 2003 and it's a lesson that bears repeating. 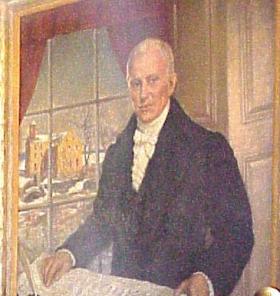 Samuel Slater was a British subject who worked in a cotton mill during the 18th century, a time when England was trying to protect its industrial secrets with a will. He had to escape his native land, and build his first mill in Pawtucket, Rhode Island from memory. But he did.

Fact is, trying to ring-fence intellectual property only impoverishes the ring-fencer. We will grow only if we are willing to compete, and we can win that competition only by focusing on what makes us strong, our openness and inventiveness, not our past glories.

Open source needs to drive that message. Despite what policymakers may think today, it's the height of patriotism. Sharing code, using shared intellectual infrastructure to drive change, is how we will move forward.

Businesses that understand this truth will prosper. Those that don't will go to the government for protection. And history says that those efforts will fail.

I disagree with at least some of what you say here. One terminology issue - you seem to suggest that BSD-style licenses are not "FOSS", but that is incorrect. Permissive FOSS licenses like the entire BSD license family, the MIT license family, and the Apache License 2.0 represent a whole category of FOSS licenses, and account for much of what is considered FOSS.

I also disagree with your comment about Richard Stallman as being "anti-capitalist". This is not at all correct, although I do think that in his earliest days of thinking about free software RMS struggled to develop the "free beer" vs. "free-freedom" distinction. RMS was, in fact, the first open source businessperson (much as he would hate to hear himself described that way): he was probably the first person to earn a living from FOSS, when he provided consulting services around GNU Emacs after resigning from MIT. Indeed, I suspect his need to earn a living and his ability to do so through services around free software had a significant influence on his developing the freedom vs. "free beer" distinction.

Moreover, Red Hat's own Michael Tiemann, founder of the first significant successful example of what we'd today call an "open source business", Cygnus Support (later of course acquired by Red Hat), has often noted that he was inspired by RMS's GNU Manifesto, which Tiemann saw as a "business plan in disguise" (I think that's close to a direct quote from Michael). In fact, if you read the GNU Manifesto you can see that much of it is devoted to RMS showing that free software (I don't think he was distinguishing between copyleft and noncopyleft here) could be the basis for many profitable business models.

I agree. And would add that "capitalism" is a slippery word. There is "crony capitalism" that protects income based on hoarding secrets and lock-ins and raising costs to entry in the market place and patent abuse and government corporate bailout when the preceding fail. And then there is "free enterprise", where there is freedom to enter, innovate, succeed, and fail without bailouts, (although personal bailouts in the form of a minimal welfare safety net could be ok, but there has to be pain from failure or learning is short-circuited - the net has to be uncomfortable or even hurt).

Having followed RMS from the early days of League for Programming Freedom, the only "capitalism" he is against is the crony kind.

Richard: +1 on all counts. And yes, you got the quote right.