How open source is outliving the hype 13 years later Open source as a buzzword has lost much of its buzz. It’s not quite as dead as "SOA," but it’s definitely been supplanted by today’s favorites: the Cloud, Mobile, and Big Data. Open source's demise as a hype label was inevitable—it’s hard to fake giving away your software for free (although there were more than a few companies over the years that were called out for being "faux-open source" with their freemium models or commercial licenses to the code).
Thankfully, "open source" has outlived the hype to provide real value to the industry and to customers.

It’s been a significant thirteen years. The recession of 2000 put open source in the American corporate psyche. Budget constraints during the first half of the decade led to the rise of OSS usage, mostly by technical visionaries who saw the potential for what they could create using open source building blocks. Managers approved, seeing OSS as completely free or at least cheap compared to the big vendors.

Investors saw the process of creative destruction at play as the first commercial open source leaders—MySQL, Red Hat, and JBoss—ate away at IBM and Oracle’s businesses. Soon, a whole ecosystem of enterprise OSS companies was spawned, covering everything from groupware and portals to content management and CRM.

A number of high-profile acquisitions (e.g., Zimbra for $350 million, JBoss for $420 million) culminated in the sale of MySQL to Sun for $1 billion in early 2008. These companies proved that open source development methodologies could be coupled with profitable business models that commoditized the software but delivered value to customers in others forms. MySQL’s dual-license model with a subscription to support and maintenance service was one obvious way to monetize open source and became an early standard in the industry.

We likely would have continued on this trajectory had the financial crisis of 2008 not ground the world to a halt. Meanwhile, SaaS as a software delivery model had gained significant traction since 2005, and the Great Recession only accelerated this process. Like open source, SaaS had lower upfront costs than proprietary on-premise software did (although, unlike open source, SaaS offerings come with a dangerous risk of lock-in).

So companies saw SaaS offerings as another way to save money and slotted these in alongside their OSS investments. But the second big recession in commercial open source history also made a lot of companies double down on their OSS investments, and as they did so, they found that the true benefits of open source were much more than just saving money on licenses. Companies found that open source software was more secure and easier to maintain and drove innovation better than their proprietary counterparts. Among our customers here at Liferay, several experienced faster time-to-market for strategic business initiatives built using our open source software, and that’s been a common refrain in the industry.

Governments have also taken notice, especially in Europe where there’s been a proliferation of policies that mandate the use of open source in the public sector. Belgium, Croatia, Denmark, Italy, the Netherlands, Norway and the United Kingdom all have mandated the use of open source software or open source standards in certain government entities or, in some cases, across the entire sector.

To see that open source continues strong in 2012, you only have to look at the success of Red Hat, which, as the biggest public open source company, reported surpassing $1 billion in revenue this year. The business models are changing; Red Hat does not rely on a commercial license the way MySQL did. Liferay’s Marketplace is another example. This public apps repository opens our business to our community and partners who will be able to sell applications built on our open source platform.

Beyond revenue, open source is thriving as a key resource for some of the biggest names in technology. Amazon, Facebook, and Google are big users of open source in their cloud or cloud-based services. These well-endowed companies could choose any software on the market; the fact that they’re using open source software to power their most business-critical systems proves open source’s value and reliability.

Open source is also playing a major role in that latest industry darling, "Big Data." The enormous growth of user activity mediated by connected devices (whether mobile or desktop) has created vast amounts of data that can yield valuable insights into customers if the data is properly searched, analyzed and visualized into actionable information. Open source projects, such as Apache Hadoop and MongoDB, are at the forefront of Big Data management. Unlike proprietary software systems, which often are built to the specifics of a few major customer types, these open source projects are meeting the needs of a broad user community. A flexible and agile core provides a platform on which a much larger user community can build specialized solutions that fit their specific needs. Subgroups within the community have become a symbiotic ecosystem, contributing to the core project but also creating focal centers for experts to rally around and collaborate on their specific Big Data problems.

But perhaps the biggest impact of open source principles in the world will be seen outside the discipline of software development. Open source has been a bold experiment in producing value through open collaboration rather than closed competition. Even the biggest, richest company on the planet had to take a crowd-sourced, open approach to building up its maps database. Apple's tacit admission in relying on users to correct its maps was that certain problems are too big to solve on their own. The open source model might help solve the problems we face as a global community, which increasingly demand this kind of cooperation because they are too big to be solved the traditional way.

Ultimately, open source's legacy should be in the way our success paves the way for other industries to maximize value through collaboration. Imagine what we could achieve by taking collaborative approaches to scientific research, drug development, or manufacturing. With limited natural resources, we can ill afford to work in silos of redundant competition for much longer. But more importantly, we should seize the enormous opportunities for breakthrough and innovation that lie in working together. 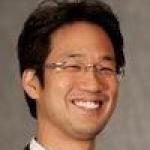 Bryan leads Liferay in meeting its commitment to deliver focused and effective business solutions to its customers and its community. As the Founder & Chief Executive Officer, he steers the company's strategic direction and worldwide business development efforts as one of the founders serving with the company since its inception in 2004.
More about me