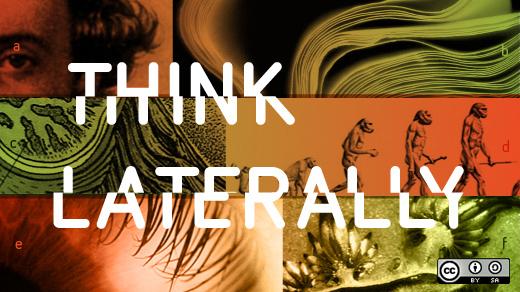 The open source movement, built on the ‘marketplace of ideas’ and the scalability of collaboration, is swallowing the proprietary world. To understand where the entire tech world is going, I believe we need to keep a close eye on these five open source trends:

In 2014, open source technology will allow datacenters to cluster together storage systems and thereby grow at a rapid pace. The software will allow us to clone an entire storage system, making it possible to bring new database servers online within minutes. Essentially, open source will crack the problem of absorbing high volumes of data at high speed.

This ability to build up storage space quickly is crucial because our digital universe is expanding rapidly. In a 2011, the International Data Corporation (IDC) found that the global volume of digital data is roughly doubling every 2 years, and by 2020 our digital universe will hold 40 trillion gigabytes. The amount of information managed by enterprise datacenters would grow 50-fold, according to the report. Open source clustering will make this expansion efficient and affordable.

Proprietary software providers feel immense pressure to support open source technology. Although Oracle has been known to bash open source, the company has at least 14 active open source initiatives and has become a corporate sponsor of the OpenStack Foundation, with plans to integrate OpenStack capabilities into its products and cloud services. In September 2013, IBM announced that it would invest $1 billion into Linux and open source innovation to help its customer run big data and cloud computing solutions on IBM’s Power Systems servers. Just this January, Microsoft open sourced its Azure cloud server design through Facebook’s Open Compute Project. The other tech giants are following suit.

Open source will make even further inroads in the public sector this year. The U.S. government has built OpenSource.gov, a back-end site dedicated to helping departments migrate to open source technology. The Pentagon’s Defense Advanced Research Projects Agency (DARPA) alone is funding and contributing to over 70 open source projects related to data infrastructure, visualization, and analytics. The NSA even open sourced Apache Accumulo, its own NoSQL database. Thanks to organizations like the Open Source Digital Voting Foundation, U.S. elections may soon utilize digital voting on open source platforms, just like Estonia and now Norway. Mass open source adoption in government will place additional pressure on proprietary software companies to evolve.

Open source will produce the next generation of high performance computing clusters that underlie big data analysis and applications. The high speeds of such computing clusters provide the ability to parse gargantuan volumes of data in milliseconds. Enterprises in every single industry now need such capabilities to make use of the data they collect. Clustering can also help enterprise websites support wide fluctuations in visitors and usage without faltering in performance. We created this clustering technology way back in 2004 before data analytics became crucial to business strategies. Today, it will be the key to pinning down valuable data at a reasonable cost.

With the relative decline of desktops and rise of mobile devices, open source is becoming the foundation for superior mobile development. Existing platforms like Joomla, Convertigo, Dream Factory, OpenMEAP, and many others allow developers to build their product, get it to market quickly and scale. Open source programming languages, databases, middleware engines and other tools will continue to fuel mobile development and the growth of a mobile open source ecosystem.

Universities have long been users and producers of open source technology, and students are getting in on the action. As VentureBeat reported back in November, twenty-two universities including Stanford, MIT, Berkley, and Carnegie Mellon have all teamed up with Facebook to provide students with academic credit for working on open source projects. Universities are adapting their curriculums and welcoming such opportunities to make sure that students graduate with in-demand skills and the best employment prospects. Beyond the Facebook inspired projects, every major tech university has faculty members working on open source projects (often with their students). As high schools, junior highs and middle schools pick up the slack in America’s computing education, I have no doubt open source will find its way into their curricula too.

The open source versus proprietary contest is ending because a critical mass of technologists in business and government recognize that open source technology offers higher performance, scalability, and reliability at a much lower price than proprietary solutions. Open source’s leadership in data storage clustering, high performance computing, analytics and mobile development will secure open source dominance over the next decade. The open source shift among proprietary software providers and the rise of open source in tech education will also reprogram the international tech workforce to study, master and implement open source solutions across every major industry. My hope is that we remember 2014 as the year we began to view open source as the norm rather than the exception in technological innovation.

Eren Niazi - Eren Niazi founded Open Source Storage (OSS). With many years of experience in the High Technology Sector, Eren saw a need for something better. What he envisioned was a highly scalable, open solution allowing clients to maximize their return on investment. By focusing OSS on the enterprise sector of the market, Eren has positioned the company for great success. OSS is faster in reacting to client needs than other larger competitors and can deliver exceptional results.
More about me

Great article! My feelings in print! Good job and accurate forecast in my humble opinion.

Awesome read. Glad to know the future is "wide open" or at least heading there....(and here it is I thought that SOMEWHERE in this article you would have mentioned the "Year Of The Linux Desktop" that seems to elude everyone on the planet?...LoL!) once again great article.

Live Free and wide open. The open source shift will pass up all the big vendors that leave there technology closed.

Also to all those companies that thought open source storage would never make it. You can knock us down but we never die.

The open source spirt lives on and here to stay.

The model for Open Source is the way of the future (actually, its the "new normal" and trending as we speak), not just in technology, but the model is also helping to solve the worlds problems.
By allowing people to work together, open source technology offers the ability to grow quicker, scale faster, and operate stronger than any proprietary system on the market.

And when we look at the penetration of Android, based on Linux, and Chrome as well, the number of devices running operating systems based on Open Source goes up exponentially.

Insightful article Eren. Besides the growing involvement of corporate and universities in open source projects, I also see the percolation of open source technologies, primarily, Linux distros and CMS, among individuals. Open source will grow phenomenally for personal use as well. The commitment to contribute to open source projects equates to growth and long term profits. I strongly believe that Innovation in general and computing in particular are incomplete terms without open source.

Thanks again for sharing this great article.