Engineers at Etsy play by their own rules 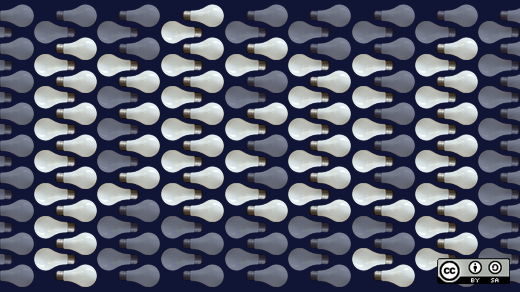 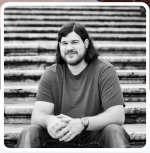 Etsy, the leading marketplace for handmade goods, has grown by leaps and bounds over the past five years. During that time they've iterated on their model, their strategy, and their mission. One thing that's driven the success of those changes is their open workplace culture.

I talked to senior engineering manager John Goulah about what it means to fail faster at Etsy, and he shared with me some interesting insights into the communication techniques Etsy uses to empower their associates and improve the experience of buyers and sellers on the site.

John will be talking more about all this at OSCON this year. From his talk description, I pulled out this quote that resonated:

Mastery manifests in a variety of ways, including understanding how a system fails and recovers, which patterns make it secure, what adds or detracts from the maintainability, debuggability, or performance, best practices for spreading knowledge, and how we learn from failures.

What led you to engineering at Etsy?

I had been working in NYC for several years at the time and was looking for a new leadership challenge. Along the way I was introduced to Chad Dickerson (now CEO) soon after he started as the CTO back in 2008. But at that time it wasn’t a perfect fit, and I ended up taking another job as Engineering Director at an online video content production shop called Next New Networks. After some time helping get things in good shape there, I started looking for something a bit more engineering-heavy in terms of scale and problem solving. I ended up getting back in touch with Chad around 2010, who convinced me to come meet some of the engineers there (which was really an interview), and luckily I ended up getting the offer to work there in April 2010.

My sister and I have a handmade card shop on Etsy—I love the interface and functionality. As a senior engineering manager at Etsy, what areas of the website do you focus most of your energy on right now?

My teams are responsible for supporting our product engineers with respect to their development environment all the way through to deploying to the site and mobile apps. This also includes product quality and our continuous integration pipeline. So while we aren’t adding direct front-end functionality that you see, we are behind the scenes making sure everyone that is doing that can stay as productive as possible.

We’ve been shipping the site 30-50 times a day for years now, and most of what we’re doing is supporting that type of fast iteration on the product. Additionally we support a development environment that is "day one ready"—in other words, engineers are expected to ship a small change (ex. adding their picture to the about page). The goal of this is not the technicality of the change, but instead to gain an understanding of our deployment pipeline. The reason this is all possible is our focus on giving engineers a working development environment without the typical setup overhead of configuring the application first.

What are the biggest problems you are trying to solve for sellers? buyers?

Across both groups, we are trying to make the site easier to use and more accessible by putting our mobile apps first. This means as an engineering team, we are writing new features such that they support all major platforms, including the web, Android, and iOS. We’ve also put a lot of effort into making it easier to sign-in to the app, so now you can login with Facebook, Twitter, or pretty much any service out there.

For buyers in particular, we are always working to improve our search capabilities and to make browsing the site easier and faster in general. We’re also working to make the marketplace feel more connected on a person-to-person level, and recently launched appreciation photos, which gives buyers the ability to share photos of their Etsy purchases when they are reviewing items.

For sellers, we are working on things that make it easier for people to run their businesses. We recently launched calculated shipping, which is used at checkout to calculate real-time, accurate shipping costs based on a buyer’s location. We also fully reworked our listings management tooling this year, to make it easier for people to work with their listings. Then, more in the exploratory space, we’ve launched a new seller service called Fund on Etsy, which is crowdfunding for production on Etsy. Sellers can run a product focused crowdfunding campaign in an effort to raise funds to achieve a certain goal that can help them grow their business. Additionally, by developing our manufacturing program, we believe we will help Etsy sellers who want to grow their businesses connect with skilled partners, while helping to revitalize small­ batch manufacturing in local communities.

What is Etsy's Just Culture all about?

We realize that failures and mistakes happen and so the question becomes how, instead of pointing fingers, we can learn from these things. This creates improvements to system designs such that we can detect new errors before they become critical. Or if a critical state is reached, we’ve often thought through, discussed, and documented in advance the playbooks of how to react and respond. We want to be learning from mistakes and also near misses, and it’s important that people feel comfortable raising their hand to discuss what led them down the path that created a failure scenario so that we can explore it. We do this with such meetings as blameless postmortems, which is a way to investigate an incident, learn about why things happened, and discuss remediations to prevent them in the future.

Do open management and communication styles play a role in the culture at Etsy?

I’d say this plays a huge role in the culture.

Our CEO, Chad, recently started doing weekly Q & A sessions where people can ask him anything, but he’s also allowed to ask questions back. I think people really appreciate this type of honest two-way communication, and it really helps squash rumors quickly or clarify thinking around our strategic goals.

Another form of transparency is that all of our staff-level engineers and up are included and recommended to come to any management based meetings that most companies close doors on, including offsites and bi-weekly discussions about organizational topics. We’ve even rebranded them as leadership meetings to help everyone feel included. The thinking is that management cannot discuss all angles of a problem without input from engineers themselves, and treating them as equals amongst the group. (Note: We have equivalent manager and individual contributor tracks.)

Your talk at OSCON this year will cover how you deal with failure at your job and on your teams. At Opensource.com, we believe in the power of "failing faster" and "rapid prototyping" for innovation through failure. Does that resonate with you?

Absolutely, both in terms of product development and from a system safety perspective.

From a product standpoint, the faster we are able to assert with significance whether a new feature is causing key metrics to change, the faster we can make a decision on whether to move forward with it or adjust it to meet our goals.

From a system safety standpoint, which my talk is largely focusing on, you can think of the rapid prototyping to some extent as what is coming out of our post mortem process. We’re taking a failure and analyzing it—what factors came into play and what people involved were thinking at the time—and then coming up with remediations to address these situations. Failing faster can be in the form of detecting events that those remediations were put in place to address, so that if you aren’t preventing the failure entirely at the very least you’ve been made aware of it sooner and understand steps to triage it.

This article is part of the Speaker Interview Series for OSCON 2015. The OSCON OSCON is everything open source—the full stack, with all of the languages, tools, frameworks, and best practices that you use in your work every day. OSCON 2015 will be held July 20-24 in Portland, Oregon..

David Both on 01 Jul 2015 Permalink
I love this quote! 'Your talk at OSCON this year will cover how you deal with failure at your job and on your teams. At Opensource.com, we believe in the power of "failing faster" and "rapid prototyping" for innovation through failure.' That statement is all about the Linux Philosophy. It has been said in any number of different ways and has many different names, but the process is the same: while [ 1 ] do Transform customer input into code as soon as possible Get feedback Make changes done

Jen Wike Huger on 01 Jul 2015 Permalink
Thanks David! It's a great one and it's really neat to see Etsy forming some of the same principles as an open organization.