Open data as a game 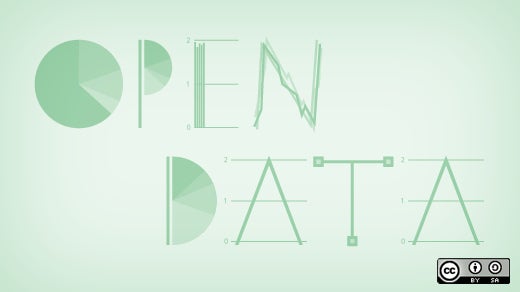 Around the world something interesting is happening: Governments, and even a few private companies, are opening up huge stores of data they've been collecting over decades.

This shift is one towards harnessing the power of the masses, instead of relying on what an entity can achieve itself. For the first time, anyone with a computer and the Internet can access some of what their government produces and do something fantastic with it. There are two basic ways of making use of that data: make tools that offer up insight, or represent the data in some way which allows people to derive their own insights.

For the past four years at GovHack AU, the annual open government data hackathon held in Australia, civic hackers have been doing just that. GovHack AU includes over 2000 people who participate as a team or individual. They work to produce open source projects that use open data from Australian federal and state governments. Every year I've attended with my team, we've made a game with the data: appliances, political responsibilities, elected officials' voting records, and news stories.

Why make a game out of open data?

People like games, but don't really understand data. If you can map the data to a game, people can learn about it without having to pore over reams of spreadsheets and XML documents. Making a game out of open data allows you take something useful, but inherently dull, and give it a fun skin. Essentially, making a game about open data is just a new way of visualising the data.

To begin making a game about open data, the approach is the same regardless of the desired result, and that is to find a theme that matches the data you are interested in. If you're interested in the news API that the national broadcaster provides, a game about journalism or storytelling is going to be a better fit than a puzzle-platformer. If you like the look of the data about political structure and responsibility, you'll probably be making a game about bureaucracy or the parliament.

Once you have picked your dataset and have a theme you are pleased with, you need to work out some game mechanics that can fit the data while being entertaining. If you want to make a household economics and environmental responsibility game using the electrical appliances energy efficiency dataset, look at what the data includes. In the example of Marvellous Ultimate Appliances, a combat game using household appliances, we find fields like machine type (washer or refrigerator), energy rating, name, and an average price. All of these look similar to the information on a Pokémon or trading card game. The type matches the class, the energy rating its attack value, name to name, and average price to mana or summoning cost. Once you've done this you can refine the game idea: Now it's a trading card battle game similar to Pokémon or Magic the Gathering, except using household appliances so people learn which devices are the best for energy efficiency and cost. With this you can now begin coding the game.

So what do you get out of all this? Other than making a game that's lots of fun, you also give people a new way to look at a dataset. Using the electrical appliances battling game as an example, we noticed that the more people played it, the more they learned high-level information such as the fact that refrigerators are much more energy efficient than air conditioners. They can then take this new insight into consideration when outfitting their home.

A game might not be a good fit if you are trying to present lots of information. Games are good for high-level trends.

Check out these GovHack games

What is Gov?: A cooperative game teaching political functions.

Run that Town, made by the Australian Bureau of Statistics, is a Sim City-style game using census data.

Tim Nugent, Paris Buttfield-Addison, and Jonathon Manning will be speaking at OSCON London. 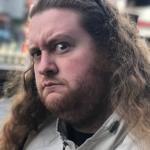 Tim Nugent pretends to be a mobile app developer, game designer, and PhD student, and now he’s recently branched into pretending to be an author.
More about me