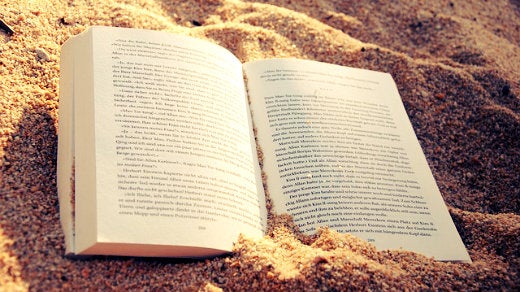 For this book list, I reached out to our writer community to ask which fiction books they would recommend to their peers. What I love about this question and the answers that follow is this list gives us a deeper look into their personalities. Fiction favorites are unlike non-fiction recommendations in that your technical skills and interests may have an influence on what you like to read read, but it's much more about your personality and life experiences that draw you to pick out, and love, a particular fiction book.

These people are your people. I hope you find something interesting to add to your reading list.

Open source is all about how one individual can start a movement. Somehow at the same time, it's about the power of a voluntary collective moving together towards a common goal. Ancillary Justice makes you ponder both concepts.

This book is narrated by Breq, who is an "ancillary," an enslaved human body that was grafted into the soul of a warship. When that warship was destroyed, Breq kept all the ship's memories and its identity but then had to live in a single body instead of thousands. In spite of the huge change in her power, Breq has a cataclysmic influence on all around her, and she inspires both loyalty and love. She may have once been enslaved to an AI, but now that she is free, she is powerful. She learns to adapt to exercising her free will, and the decisions she makes changes her and the world around her. Breq pushes for openness in the rigid Radch, the dominant society of the book. Her actions transform the Radch into something new.

Ancillary Justice is also about language, loyalty, sacrifice, and the disastrous effects of secrecy. Once you've read this book, you will never feel the same about what makes someone or something human. What makes you YOU? Can who you are really be destroyed while your body still lives?

Like the open source movement, Ancillary Justice makes you think and question the status quo of the novel and of the world around you. Read it. (Recommendation and review by Ingrid Towey)

Set during WWII and the present day, or near future at the time of writing, Cryptonomicon captures the excitement of a startup, the perils of war, community action against authority, and the perils of cryptography. It's a book to keep coming back to, as it has multiple layers and combines a techy outlook with intrigue and a decent love story. It does a good job of asking interesting questions like "is technology always an unbounded good?" and of making you realise that the people of yesterday were just a clever, and human, as we are today. (Recommendation and review by Mike Bursell)

Daemon is the first in a two-part series that details the events that happen when a computer daemon (process) is awakened and wreaks havoc on the world. The story is an exciting thriller that borders on creepy due to the realism in how the technology is portrayed, and it outlines just how dependent we are on technology. (Recommendation and review by Jay LaCroix)

This book is a good read for Linux and open source enthusiasts because of the depth and relatability of characters; the humor and the unique outsider narrating that goes into the book. Terry Pratchett books are like Jim Henson movies: fiercely creative, appealing to all but especially the maker, tinkerer, hacker, and those daring to dream.

The main character is a chancer, a fly-by-night who has never considered the results of their actions. They are not committed to anything, have never formed real (non-monetary) connections. The story follows on from the outcomes of their actions, a tale of redemption taking the protagonists on an out-of-control adventure. It's funny, edgy and unfamiliar, much like the initial 1990's introduction to Linux was for me. (Recommendation and review by Lewis Cowles)

Anyone who lived through the dotcom bubble of the 1990's will identify with this heartwarming tale of a young group of Microsoft engineers who end up leaving the company for a startup, moving to Silicon Valley, and becoming each other's support through life, death, love, and loss.

If you've ever spent 16 hours a day coding, while fueling yourself with Skittles and Mountain Dew, this story is for you. (Recommendation and review by Jet Anderson)

Casey Shenk is a vending-machine technician from Savannah, Georgia by day and blogger by night. Casey's keen insights into the details of news reports, both true and false, lead him to unravel a global plot involving arms sales, the Middle East, Russia, Israel and the highest levels of power in the United States. Casey connects the pieces using "Open Source Intelligence," which is simply reading and analyzing information that is free and open to the public.

I bought this book because of the title, just as I was learning about open source, three years ago. I thought this would be a book on open source fiction. Unfortunately, the book has nothing to do with open source as we define it. I had hoped that Casey would use some open source tools or open source methods in his investigation, such as Wireshark or Maltego, and write his posts with LibreOffice, WordPress and such. However, "open source" simply refers to the fact that his sources are "open."

Although I was disappointed that this book was not what I expected, Frick, a Navy officer, packed the book with well-researched and interesting twists and turns. If you are looking for a book that involves Linux, command lines, GitHub, or any other open source elements, then this is not the book for you. (Recommendation and review by Jeff Macharyas)

The Tao of Pooh by Benjamin Hoff

Linux and the open source ethos is a way of approaching life and getting things done that relies on both the individual and collective goodwill of the community it serves. Leadership and service are ascribed by individual contribution and merit rather than arbitrary assignment of value in traditional hierarchies. This is the natural way of getting things done. The power of open source is its authentic gift of self to a community of developers and end users. Being a part of such a community of developers and contributors invites to share their unique gift with the wider world. In Tao of Poo, Hoff celebrates that unique gift of self, using the metaphor of Winnie the Pooh wed with Taoist philosophy. (Recommendation and review by Don Watkins)

The Golem and the Jinni by Helene Wecker

The eponymous otherworldly beings accidentally find themselves in New York City in the early 1900s and have to restart their lives far from their homelands. It's rare to find a book with such an original premise, let alone one that can follow through with it so well and with such heart. (Recommendation and review by VM Brasseur)

The Rise of the Meritocracy by Michael Young

Meritocracy—one of the most pervasive and controversial notions circulating in open source discourses—is for some critics nothing more than a quaint fiction. No surprise for them, then, that the term originated there. Michael Young's dystopian science fiction novel introduced the term into popular culture in 1958; the eponymous concept characterizes a 2034 society entirely bent on rewarding the best, the brightest, and the most talented. "Today we frankly recognize that democracy can be no more than aspiration, and have rule not so much by the people as by the cleverest people," writes the book's narrator in this pseudo-sociological account of future history,"not an aristocracy of birth, not a plutocracy of wealth, but a true meritocracy of talent."

Would a truly meritocratic society work as intended? We might only imagine. Young's answer, anyway, has serious consequences for the fictional sociologist. (Recommendation and review by Bryan Behrenshausen)

Throne of the Crescent Moon by Saladin Ahmed

The protagonist, Adulla, is a man who just wants to retire from ghul hunting and settle down, but the world has other plans for him. Accompanied by his assistant and a vengeful young warrior, they set off to end the ghul scourge and find their revenge. While it sounds like your typical fantasy romp, the Middle Eastern setting of the story sets it apart while the tight and skillful writing of Ahmed pulls you in. (Recommendation and review by VM Brasseur)

It's hard to approach this science fiction book because it's so different than other science fiction books. It's timely because in an age of rage―producing a seemingly endless parade of dystopia in fiction and in reality―this book is hopeful. We need hopeful things. Open source fans would like it because the reason it is hopeful is because of open, shared technology. I don't want to give too much away, but let's just say this book exists in a world where advanced 3D printing is so mainstream (and old) that you can practically 3D print anything. Basic needs of Maslow's hierarchy are essentially taken care of, so you're left with human relationships.

"You wouldn't steal a car" turns into "you can fork a house or a city." This creates a present that can constantly be remade, so the attachment to things becomes practically unnecessary. Thus, people can―and do―just walk away. This wonderful (and complicated) future setting is the ever-present reality surrounding a group of characters, their complicated relationships, and a complex class struggle in a post-scarcity world.

Who Moved My Cheese? by Spencer Johnson

The secret to success for leading open source projects and open companies is agility and motivating everyone to move beyond their comfort zones to embrace change. Many people find change difficult and do not see the advantage that comes from the development of an agile mindset. This book is about the difference in how mice and people experience and respond to change. It's an easy read and quick way to expand your mind and think differently about whatever problem you're facing today. (Recommendation and review by Don Watkins)

What to read next
Tags
Linux
Education
Jen Wike Huger