Engage women, have fun, get more out of your open source project 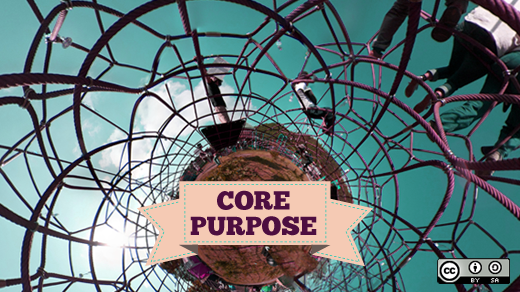 There are few women developers and even proportionately less working in open source communities. However, a career in OSS is ideal for women who are seeking balance in their lives whether the balance is starting a family or maintaining balance with friends and a strenuous and engaging hobby. It’s well established that there’s a shortage of women pursuing careers in computer science. UCLA’s Higher Education Research Institutefound that "The fraction of women among bachelor’s graduates in CS increased to 12.9 percent in 2011-12, compared to 11.7 percent in 2010-11." As few as 1.5% of open source contributors are women.

What’s also puzzling is that the rate of women leaving profession software engineering is higher than in law and medical fields. The leave rate of women from software development can’t be adequately explained by it being a taxing field; it isn’t more taxing than law or medicine. There isn’t yet a satisfying explanation for why women leave software engineering. Open source software (OSS), in spite of the lack of women, is a good place to hone ones’ skills and keep skills sharp and relevant even if one doesn’t want to work full time at a software company.

Open source development is social by its nature: a community develops the software. Well-run projects encourage strong communications channels, bring geographically disparate people together into a unified team working toward a common objective, provide resources for collaboration, and create a welcoming environment. Those are all essential community mechanics. Some projects also have aspirations of social good. CodeMontage is a non-profit organization that works hard to bring more people into the open source community and makes contributions to non-profit and humanitarian causes. It is also excels at applying beginner’s talents to projects. Girl Develop It is an international educational program that helps women learn to code. It focuses on networking and keeps women involved in its community in many awesome ways, including mentoring, which is crucial for retaining women in the workplace. These projects, along with taking part in for-profit open source projects, can help a developer maintain visibility in the workplace effectively without requiring that a developer engage on a 40-hour-a-week basis.

The OSS community structure inherently provides enormous flexibility so that individuals can determine the time and extent of their contributions. In theory, there should be even more women engaged in open source development as opposed to the enterprise, because there is less dictating of one's schedule by an outside party.

If anything, women working in OSS have more balance than those in law or medicine. In open source, I think it's easier to have kids and still take time to contribute to projects. You can take time out to travel. You can take time out to devote yourself to hobbies, whether it’s pursuing a challenging academic project or learning to climb. It’s possible to keep your skills sharp and also take care of raising kids. From what I've seen, many women who do work in OSS have balanced lives, happy relationships, and rich social lives. It’s an appealing model for women to shape their lives.

Women can pursue a career in open source software engineering at any stage in their lives—from college to mid-career and beyond. As mentioned, there’s room for beginners in many open source projects, and some, such as the Drupal community are very adept at onboarding people who have no prior OSS experience. The annual Python convention now offers childcare, which is rare among non-open source technical conferences.

When I was working as a Senior Vice President at AOL, a woman once walked with me to the train to chat about how to manage her career. She said that until she’d met me she didn’t know that it was possible to be a technical executive and also be a mom. She had ruled out having kids in order to advance her career in technology. That floored me, because the perception is incorrect. Being in OSS techand having kids is great.

When fewer than 2% of commits are coming from women, strong contributors are being left on the sidelines. Many project leaders care about the issue of gender balance intellectually, but overlook the real impact of failing to attract women to their projects. Projects have broad access to swaths of male engineers with varying degrees of talent; the best engineers could be the women that are being left off of the table. By not engaging women in open source projects teams are leaving 20% of professional developers unengaged. You can’t assure yourself that you’ve attracted the best engineering talent to your project if you’re looking at having less than a handful of women contributing.

Having more women engage in open source projects makes it easier to surface all the available talent in the pool. It also makes it more fun for the other women considering contributions.

It’s more fun to go to Pycon when you know that the Pyladies are sponsoring a mani-pedi offsite. It’s easier to find out what’s going on in the Drupal community when someone like Angela Byron is reaching out a hand and making everyone feel welcome. Ponying up and contributing talents to CodeMontage is just all around better when Vanessa Hurst is meeting you halfway with a smile. Getting more women engaged in open source means that it’s better for the women contributing and results in more engaged committers contributing code. At the end of the day, you just want the best projects and the best code you can get, and having more engaged women is part of getting there.

What to read next
Tags
Diversity and inclusion
Erynn Petersen
Executive Director at The Outercurve Foundation. Member of the Board of Directors at Girl Develop It.
More about me