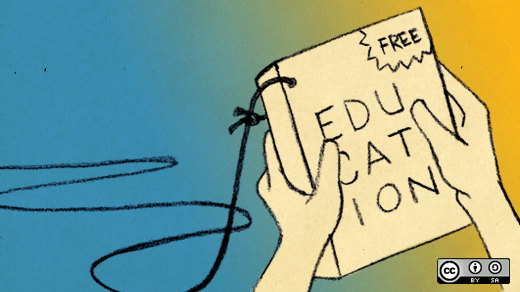 Eben Upton is best known as the man behind the Raspberry Pi, a tiny, $25 computer designed to help turn kids into programmers. Upton priced it at $25 because he thought that's around what an average textbook cost: "I now understand that's an incorrect estimate. If we had a better idea of what school textbooks cost we would have had an easier job with the engineering over the years," he joked to Wired years later.

It's a funny story but also a sad story. Textbooks are expensive. More expensive than most non-students even realize.

OER from a student perspective 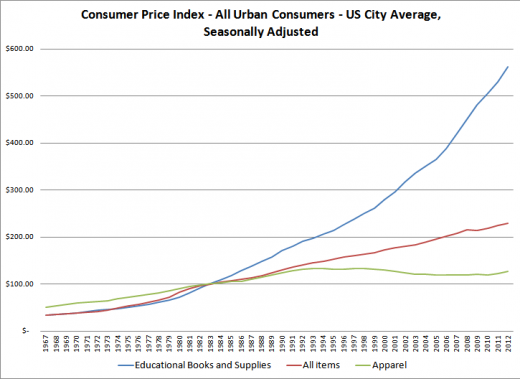 The above chart is national data. But textbook pricing is high, even when examined at the local level. I work at a public community college. We recently priced out our reserve collection, which is made up of textbooks for classes. We looked at data for 18 months of checkouts and found the average textbook in our study cost $109.36 and had a median price of $107.25. More than half of the programs represented in our reserve collection had a median textbook price of at least $100. Seven of the 11 academic departments have textbooks with a median cost of at least $100. We know 61% of LaGuardia students living with their parents have family income of less than $25,000, while 79% of students living away from their parents have family income of less than $25,000. How are these students supposed to afford prices like these? And how many would love to have the $25 textbook Upton thought students were stuck with? 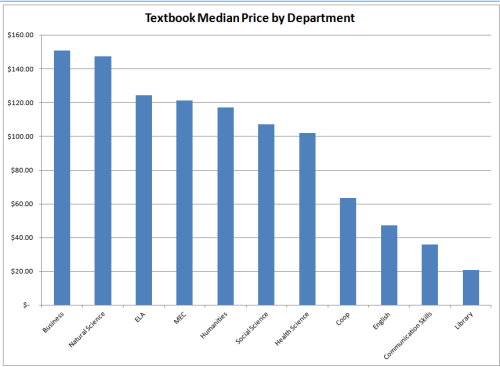 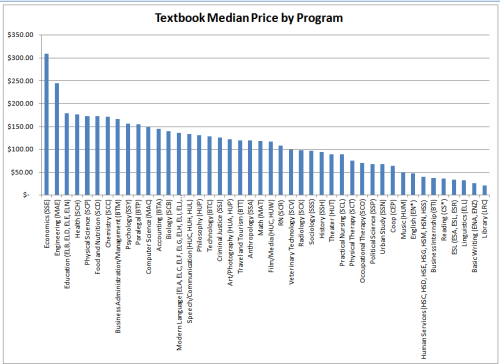 If you're wondering what your program costs, do a quick survey of your colleagues about their required textbooks. The results are probably comparable to what we see above.

Open education resources (OER) are an attempt to solve the textbook pricing problem by giving students and faculty great content at more reasonable prices -- even free, which many consider to be the most reasonable price point of all. You'll often hear OER also referred to as open textbooks, but it's really so much more than freely accessible textbooks -- it's freely available class content. That means textbooks, but it also means course shells, syllabi, class assignments, and slide decks. So while OER discussions often focus on cost from a student perspective, it also has the potential to help faculty develop and refine their own course materials. Student cost savings is but one component of OER.

One of the best ways to describe OER comes from Hilton, Wiley, Stein and Johnson. They define openness in terms of 'four Rs': reuse; redistribution; revision; and remix:

OER isn't easy, but it lends itself to scaffolding. It's tough to instantly flip an existing course to entirely OER material, but it can be done incrementally. There's no shortage of OER content; the challenge is not finding material, but rather filtering it. Having said that, a few places to begin discovering resources include:

Faculty can also make their work available, either in pieces, via projects like the ones above, or by making an entire class publicly viewable using an open course tool, like Canvas. There are a lot of little things faculty can do to contribute to OER and to integrate it into their teaching.

The CUNY Open Education Resources Group has created a short, 20-minute introductory class designed to provide an actionable overview of OER. The class can found here. You can keep up with OER news on the CUNY OER blog.