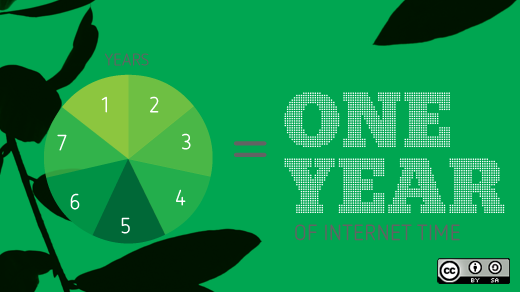 We have to speed up energy innovation to the pace demonstrated in the growth of the Internet if we are to prevent irreversible climate disruptions that will irreparably harm the planet for our children and all those that follow. The scale and speed of change required to ward off disaster cannot be achieved using conventional models. We need to constantly compress seven years of innovation into one – the pace described as innovating on “Internet time”.

This requires government policy action now to drive the adoption of open source methods, and open standards for us to move quickly enough to ward off this crisis. These open models have proved themselves in creating the Internet and enabling the extraordinary pace of business and societal innovation around it.

This article summarizes the results of sharing this point of view with thirty of the world’s open source leaders at the NAPA Open Source Think Tank which took place in 2009. It gathered the insights these leaders have learned through the transformation of the software industry by open source and open standards.

The new US Administration has demonstrated an immediate commitment to investing in green energy technologies and new regulatory frameworks required to address the crisis of climate change. We have a unique historical opportunity to incorporate these open elements into the policy framework but we must seize this opportunity now if we are to achieve the pace of innovation and adoption required to avert the climate change crisis. Government spending commitments and economic incentives of well over $100 billion for green technologies provide the necessary commercial leverage to drive an open innovation model much as the US Department of Defense’s spending on computer equipment in the 70’s enabled it to drive the adoption of the Internet Protocol that led to the modern Internet. This leverage needs to be exercised now while contracts and governance for these large taxpayer investments are still being put in place and while policy frameworks for regulation and market mechanisms are being detailed.

Despite going through the worst recession in generations we must focus on the scale and pace of climate change and recognize that the slow pace of conventional innovation and adoption will lead to disastrous climate disruptions.

Our scientists have shown that our current path leads towards a doubling of carbon dioxide levels by 2050 and consequent massive climate disruptions from floods, droughts, hurricanes, rising sea levels and the elimination of critical ecosystems. It is widely recognized that to avoid this outcome we need to cut our carbon dioxide emissions through conservation and clean energy by 80% from current levels. This is despite projections that during this period global energy demand will grow from 131 to 26 Trillion Watts. Generating just half this power - 13 Trillion Watts - with zero carbon footprint energy sources is equivalent to 13,000 new 1GW “green” power plants - the construction of roughly one major plant every other day.

Contrast this with the history of the pace of energy innovation and adoption: according to Shell’s corporate planners it has typically taken even a commercially proven primary new source of energy 25 years to get to a 1% share of the global market2.

The Growth of the Internet Shows Rapid Change is Feasible

Now, if this seems an impossible task let’s remind ourselves of the Internet phenomenon and its transformational impact on our world. The Internet was built on open standards and open source software that started with the US Government’s open communications standards (Internet Protocol or IP) in the 70s which were used by a decentralized global community of software developers who created and used open source software and open standards to create a global network that touched every corner of humanity. The “web” first became visible as a tool to enable communication among a worldwide community of theoretical physicists at CERN in 1995 and Internet browsers rapidly evolved. In the decade after 1997 the percentage of the developed world using the Internet grew from 11% to 62% and fundamentally changed the structures of business, perhaps most obviously in shopping, entertainment and communications. Instant access to information had an explosive impact on politics and work became increasingly global as knowledge workers in Bangalore competed and collaborated with counterparts across the world.

A quick roll call of the dominant software used on the web shows that it is dominated by open source software components such as the Linux operating system, the Apache web server, Perl, Python and other scripting languages. Its success has also been founded on a set of open standards that have built from basic routing and communications (IP, DNS) all the way up to user interface and e-commerce standards. Low barriers to global entry have enabled Darwinian competition among new businesses and the winners, like Google and Amazon, are the ones who adopted open source and open standards to innovate most rapidly and to gain widespread adoption most quickly. The early winners built the foundations for the next layer of software and business innovation. Thus did open source and open standards spawn the broadest and fastest innovation in the history of mankind.

The bottom line? In a little more than a decade business transacted over the Internet has grown to $ 6.8 Trillion or 15% of World GDP. This is the scale of transformation required to combat climate change.

Rapid Change is required in both Innovation and Adoption

In order to transform our world fast enough to avert catastrophic climate disruption we must use open standards and open source because they alone will enable the rapid innovation required, and they alone will drive the broad and rapid adoption of these innovations. There are four critical domains where we need these open approaches:

Businesses must adopt these proven open practices if we are to innovate at the speed required to ward off disastrous climate disruptions. Some businesses have an entrenched belief that protecting their innovations is essential to maintain their competitive advantage. It’s promising to see a success story that required no government intervention. The Eco-Patent Commons is an initiative6by the World Business Council for Sustainable Development which pools participants patent assets that can further the cause of sustainable development. The participants range across numerous diverse industries and include many of the world’s leading companies such as Pitney Bowes, Bosch, DuPont, Taisei, Ricoh, Xerox, IBM, Nokia and Sony. Most of these companies had relatively little experience with open source but were able to see the benefits of pooling their intellectual property in this “commons” and opening it to the world royalty free. A logical next step for this group is to add to the commons their other relevant intellectual property which isn’t patented.

Knowledge sharing on a massive scale among many different communities that unite the talents of both professional and volunteer participants will be required to meet our planetary challenge. One excellent proof point for this is Wikipedia, the free online encyclopedia created entirely by unpaid community members that now rivals the venerable Encyclopedia Britannica for both scope and quality. It was incorporated in June 2003, and has since expanded from 135,000 articles to more than 2,800,000 English articles today7. The ability of this project to create a truly high quality reference work through the spontaneous organization of hundreds of thousands of unpaid contributors in an enormously diverse set of knowledge domains demonstrates the opportunity to tap the global interest in climate change and green technologies to create and share knowledge using volunteers as well as professionals.

The massive new funding for green technologies, which includes $94 billion in the 2009 stimulus package8, provides a historic opportunity for the US Government to drive two critical policies:

1. Government funding for clean energy initiatives must be tied to a requirement that they share their intellectual property (IP) using an open source license. The license must be a reciprocal one, such as the GPL, meaning that users of the IP must in turn contribute their own improvements and experiences by openly posting them on the Internet.

2. Public energy utilities should be held to the same open standards for their green energy and conservation investments and be required to use standardized open interfaces to the new “smart grid”.

Please join in and share your ideas as to how to improve and support these ideas by commenting.

4 The recent collapses of large chunks of the financial system through regulatory arbitrage show how damaging this could be. AIG’s relatively small financial products division was a massive unregulated Credit Default Swap trader free-loading on the insurance company’s AAA rating. They “bet the bank”, lost, and were bailed out because the insurer was deemed “too big to fail”.

8 Economist 4-4-09: 2009 Stimulus package has $94 B in eco-friendly spending and the free emission credits in the proposed Cap and Trade bill will be worth far more. The stimulus package includes $400M funding for ARPA-E a new energy research institution similar in concept DARPA (which has long funded innovation for military and defense needs.)

9 As coined in “Hot Flat and Crowded” by Tom Friedman.

What to read next
Tags
Government
Open standards
Roger Burkhardt 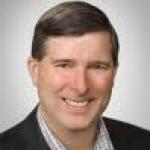 Roger Burkhardt is CEO at Ingres, the world's second largest independent open source company. The company is committed to open source, standards and developing technologies that contribute to a healthier global climate.
More about me