How transparent is The White House? | Opensource.com

How transparent is The White House? 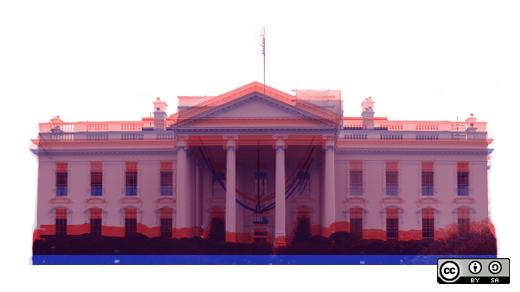 Dave Cole, Senior Advisor to the CIO of the Executive Office of the President, presented an awesome keynote to more than 3,000 attendees at DrupalCon San Francisco 2010 on April 21. His keynote was about open source in government, and he talked about how whitehouse.gov has become a platform to foster citizen participation. Although I found the technology part interesting, it was the philosophy and open source principles that Dave talked about that are enabling the executive branch of the United States government to be more open and transparent.

How is this change happening? It's no secret that the Obama administration is about change. I think it's safe to say, one of the main philosophies of this administration is that change coming from the bottom up is embraced rather than smothered.

Cole said, “Change comes from the bottom-up. Ordinary people get together to achieve extraordinary things.  In political advocacy we called it community organizing. Here in development, we call it open source. I think that's the fit.” 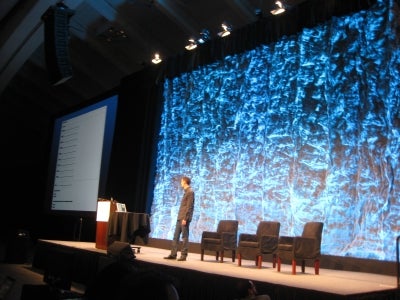 This mentality directly aligns with principles of the open source way like sharing, meritocracy, and community. Bottom-up initiatives, like community organizing, aren't new concepts. This approach is embraced because it's more effective than top-down directives. The participants who opt into community-organized initiatives are more passionate, committed, and driven.

One way this change is happening is with more transparency. The whitehouse.gov site runs on Drupal, an open source content management system, and provides a platform with user features like a briefing room, blogs, special features, and live video. Cole rhetorically asked what Drupal can do for government. The response: It's helping to drive the open government and open data movements because the nature of open source fits nicely with open government initiatives like being more transparent to citizens.

A new way this change is happening was announced during the keynote. Cole said that consuming open source is only half of what it means when participating in a community. To complete the other half, you have to give back and contribute. Cole was proud to announce that whitehouse.gov is starting their code contributions to the Drupal community. 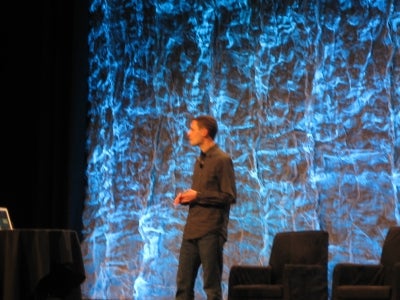 This reminds me of when Jim Whitehurst, Red Hat CEO, was talking about the influence of consumers of open source technology in his 2009 State of the Union at Red Hat. One of his points was to consume and contribute. If you think about it, there's more to gain. The more open source technology that is consumed, the better it becomes. The more contributions that go back into the technology, the benefits increase exponentially. If the cycle isn't completed, the full benefits aren't gained.

Cole said a similar thing: “It's the idea that if we can solve the problem once, right, we can expand that and iterate upon it rather than having to keep reinventing the wheel every time.” And that's what they're doing. By giving back, whitehouse.gov is contributing to the community that enabled them to be more transparent and open. Their contributions will be enhanced with increased adoption, and others will benefit because they won't have to build new wheels. Users can modify the contributions to meet their needs and it becomes more accepted with widespread adoption. This not only benefits all citizens, but other consumers like government agencies.

When a government is more open about policies and initiatives; when a nation's leadership is more transparent about their agenda; and when a government solicits citizen feedback to crowdsource ideas and try to solve big problems, citizens win. This is how government should be.

Cole concluded his keynote with a simple challenge: What changes do you want to see in government? In other words, I think it's awesome that the Obama administration has an open source mentality that is driving change in Washington. But what good is making government more open and transparent if the citizens choose not to participate and hold governments accountable for their actions?

Is it a "Chicken and the Egg" scenario? If the government is more open, will the people pay more attention?

I think using open source technology is great because it doesn't benefit a commercial operation that locks people into their own "standards" and give too much power to any single entity.

It makes sense that China and other governments want to move towards open soruce since it protects them from being too reliant on some foreign company which can be used in case of cyber warfare.

Imagine the damage an "update" designed to attack just a specific country relying on that computer system could do!

I think that people are already paying attention now, depending on their specific interests. I'm more concerned with people opting in. Is it easy to opt in, do they have the information they need to decided if they want to opt in or not?

It's the participation factor, right? One of the main reasons for opening government is to foster citizen participation. It's like the saying, "if you build it they will come."

If government is more open, will more citizens participate?
Jason

Drew, Nice, that killer update scenario will carry my paranoia for
the rest of the week.

.gov is using Open Source software, great, I mean that, it is really great. The total number of people in the United
States who understand what Open Source means would
not fill a small high school stadium.

Does the Colonel sound a bit strident? Maybe its my age, I want to see the Open Source Future and I do not have
decades left.

Thanks to the Red Hat Community.

Change?........yeah change in the direction towards socialism with a marxist president.

Unidentified on 11 May 2010 Permalink

Of course, these days it has become impossible to have a mature conversation about policy. This is an interesting article but, unfortunately, it was only a matter of time before some brainwashed Foxnews, talk radio minion would start throwing around the S word. Please, look up the definition of socialism. Also define marxism. Explain CORRECTLY what is the difference between the two. Provide examples of how either one or both applies to the present US. Good grief, the ignorance...

I'd question any information initiative by this white house. I'd retort that their goal is message control and not openness. I think that is easily substantiated if you look at the governments actions as a whole.

However, I'm more concerned about the FCC trying to turn the internet into a utility. Good luck to us all if that happens.

Has society become that brain dead and reliant upon these organisations to determine what is good and right for us to read and watch?
If the White House is claiming to be more open - make sure they are! Expect transparency, if this is what they are proudly proclaiming.
<a href="http://sportsgeneral.wordpress.com/">rafael nadal wimbledon</a>

Look it up. See what he studied in college. Look at all of his long time friends. Don't be a kool-aid drinker.