Ideas for your open government | Opensource.com

Ideas for your open government

Open Government Partnership is a global effort initialized by the government of United States to make worldwide governments better. To this date, 46 countries have committed to take steps to change their government to more open, more transparent, and more valuable for the citizens.

Individual countries are now working on their commitments for year 2012, and they will present them at an annual OGP conference in Brazil. This is a perfect time to join the process and clearly express what you as a citizen want from your government. 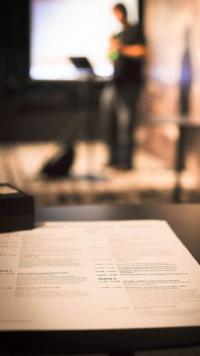 In The Slovak Republic, we tried to lead by example and for once be really pro-active in the third sector. We did not wait for our government to come with a proposal and wait for the citizens to comment on it. We wanted to open a discussion and involve our government before they started working on their proposal so we could let them know what citizens wants up front. In that spirit, a number of Slovak NGOs organized a workshop with conference tracks called Open Ideas for Slovak Republic last month.

The event comprised two main tracks, one a conference with presentations on open data, open licenses, journalism data-mining and internet freedom. The second track was a competition workshop where several teams had to come with proposals on how we can make the government sector better. At the end of the weekend, the proposals were presented to prime minister Iveta Radičová and her staff.

Overall, I think it was a great success, and now we are looking forward to the proposal of commitments. I encourage you to do the same in your country--let your government know what you want.

Marek Mahut - Marek Mahut is working as a system engineer for Red Hat Czech. He's also the chairman of the Society for Open Information Technologies (www.soit.sk). He believes openness can make this world better. My posts contains my personal opinion only.
More about me