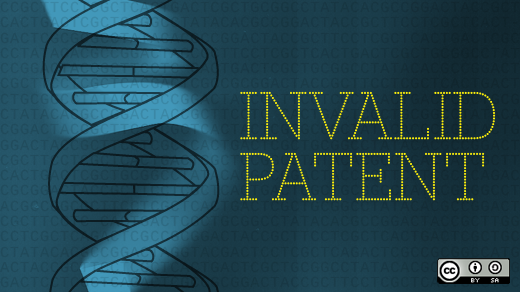 Last week, to the surprise of patent lawyers and the biotechnology industry, advocates for technological freedom won an enormous victory against socially harmful distortions of patent law.  The Federal District Court for the Southern District of New York held invalid patents owned by Myriad Genetics on diagnostic testing for genetic susceptibility to the most common hereditary forms of breast and ovarian cancer.  By "patenting" the right to determine whether the BRCA1 and BRCA2 genes are present in the relevant mutated form in a women's genome, Myriad Genetics has been able to exclude all other laboratories from conducting the test.  Patients and their insurers have paid much more, and women and their families have waited crucial weeks longer than necessary for information relevant to treatment and potentially affecting survival.

The Public Patent Foundation and the American Civil Liberties Union challenged the patent on the ground that the Act does not permit the patenting of "facts of nature."  In a lengthy and carefully argued opinion granting summary judgment, Judge Robert Sweet agreed. Judge Sweet rejected the basic premise on which gene testing patents such as the one granted to Myriad have been justified: that the amplification of naturally-occurring DNA sequences is a patentable transformation of the DNA molecule.  Instead, Judge Sweet adopted the view put forward by Myriad's own expert witnesses, that DNA is a special molecule, "a physical carrier of information," and therefore held that the reading of such naturally-occurring information is not patentable subject matter.  Whether posed as a new composition of matter, or as a method for "analyzing" or "comparing" DNA sequences, Judge Sweet held, Myriad's attempt to gain a monopoly on looking at a particular DNA sequence to find out what it says falls outside the permissible scope of patent law.

In reaching his legal conclusions, Judge Sweet relied significantly on the recent opinion of the Court of Appeals for the Federal Circuit, which has primary responsibility for interpreting the nation's patent law, In re Bilski, 535 F.3d 943 (2008), now pending in the Supreme Court.  Bilski, as readers here will know, raises issues concerning the patentability of business methods and computer software, on essentially the same basic ground: that, as the Supreme Court has said, "phenomena of nature, though just discovered, mental processes, and abstract intellectual concepts are not patentable, as they are the basic tools of scientific and technological work." Gottschalk v. Benson, 409 U.S. 63, 67 (1972).  Judge Sweet's opinion may be said to raise the stakes on Bilski slightly, but the parts of the Federal Circuit opinion on which Judge Sweet relies are not about the "specialized machine or transformation of matter" test adopted by the Federal Circuit to distinguish patentable from unpatentable inventions involving computer software and methods of doing business.  Judge Sweet followed the Federal Circuit closely in its expression of the settled law of patent scope, making it more unlikely that the Federal Circuit, which will hear the inevitable appeal from Judge Sweet's judgment, will be inclined to disturb the conclusion.

Instead, Judge Sweet's ruling shows the beginning of a broader front in the judicial determination to reign in patenting that has gone too far, turning information that should be free to all into property exclusively held by a few.  Neither our patent law itself, nor the guarantees of freedom to learn and teach protected by the First Amendment, can tolerate the widespread creation of statutory monopolies on ideas.  Judge Sweet's conclusion with respect to gene patenting confirms and supports the position taken by the amici curiae in Bilski, including the Software Freedom Law Center, that computer software standing by itself, another carrier of information about algorithms, or mental processes, is not within the scope of patent law.  Judge Sweet's opinion illuminates another of the large classes of human knowledge presently being made the subject of statutory monopolies through the patent system, but which cannot legally be made monopolies at all.

Americans have begun to understand a little bit about how, in the last two decades, corporations and their servants turned more and more of our society's opportunities into property for themselves.  The sorrow and anger that is entering our politics, as honorable working people realize how badly they were had, will not soon abate.  That the patent system too was gamed by the powerful at the expense of everybody else has not been fully grasped yet.  But it will be.  Time will show that Judge Sweet was more than courageous in his ruling, that he was also speaking with the voice of America behind him, as all great judges do.

What to read next
Tags
Law
Patents
Eben Moglen 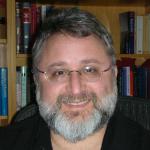