The flood of software patents has created an environment where companies are afraid that innovation leads to being hit by patent lawsuits. Every dollar spent fighting patent trolls and or waging patent wars is a dollar not spent researching, developing, and creating jobs. The situation is so bad that, in 2011, Apple and Google spent more on patent litigation and buying patents than they did on research. So it’s no surprise that some companies are looking for new ways to navigate the patent system while promoting openness and innovation.

Previous examples have included Red Hat’s patent pledge (promising to refrain from enforcing its patents against open source software) and Twitter’s innovator’s patent agreement (committing to only use employee-invented patents defensively). Today Google throws its hat in the ring with its own open patent pledge and four proposals for patent licensing.

In its patent pledge, Google promises to refrain from asserting ten patents against open source software. The pledge is subject to ‘defensive termination’ (i.e. it will be withdrawn as to anyone who sues Google first). The pledged patents all relate to Google’s MapReduce programming model. One of these had already caused concern in the open source community. Obviously, the ten patents are only a small part of the Google’s portfolio. Google suggests it may add more patents to the pledge later. We hope it does—in fact we would like to see companies broadly commit to holding their patent portfolios for defensive purposes only.

Google has also floated four proposals for patent licensing intended to foster innovation, instead of stifling it. The general idea is to promote licensing arrangements that support the development of patent portfolios for defensive purposes while reducing the likelihood of patents falling into the hands of patent assertion entities (aka patent trolls, the companies that don’t make products but instead buy patents to launch lawsuits).

You can read more about each of Google’s proposals on its site. Each attempts to limit what a patent holder can do once it owns the patent. For instance, two of the proposals are based on the Defensive Patent License, which would involve mutual promises to assert patents only defensively. The four proposals are:

Google is asking for feedback about each of the proposals. We encourage anyone interested in promoting defensive patent management to contribute.

Proposals like these will not solve all problems with the patent system. But, they can keep patents out of the hands of trolls and promote a culture of holding patents for defensive purposes only. We think that software patents are bad for innovation, but if they’re going to be floating around, we support efforts like Google’s. We hope to see more companies commit to competing in the marketplace instead of the courts.

What to read next
Tags
Law
Licensing
Patents
Daniel Nazer 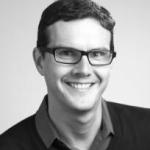 Daniel is a Staff Attorney on the Electronic Frontier Foundation’s intellectual property team, focusing on patent reform. Prior to joining EFF, Daniel was a Residential Fellow at Stanford Law School’s Center for Internet and Society. He also practiced at Keker & Van Nest, LLP, where he represented technology clients in patent and antitrust litigation.
More about me