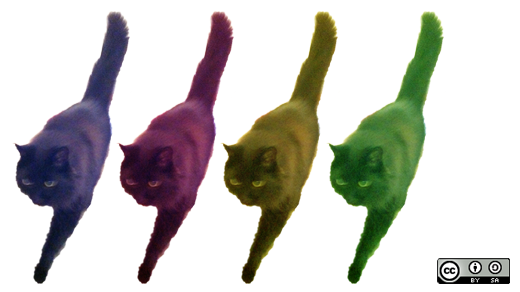 It seems that no matter how often you do it, organizing nearly one hundred right-brained people is a little like herding cats.

They came from all walks of life. Some studied at prestigious art schools. Others are self-taught. Some are already retired from careers in publishing, or as curators of large galleries; others are still in high school. An eclectic mix of

women artists, working in a variety of different styles using diverse media, presented their work together in the 2010 International Women's Day Art Show in Orillia, Ontario.

I am one of the artists and for two years I had been talking about doing a book about this show. It would adopt the title of the current show, “The Journey,” and capture the essence of this gentle group of people. It would be a fundraising experiment, and any and all royalties would flow to the local women's shelter. Further, we would choose open source software and an online publishing company, to make the experience inexpensive and simple.

With a copy of Brafman and Beckstrom's book “The Starfish and the Spider” clutched firmly in my left hand (metaphorically speaking), I set out on a crusade to conquer the world of publishing and help pave the way for artists and fundraisers to come.

We opened the project to any artist who wanted to share in the process and learn how to publish their own books, or contribute what they already knew to the group.  Artists were asked to provide the images for the book within a week of the projected hanging of the show. This set the stage for our first missed deadline.

Unfortunately, adding the extra requirements for producing a book to the usual show requirements caused some confusion. To facilitate smooth functioning of the show, the organizers asked that we hold any communications about the book until the show had been hung.  It was time for a new plan.

This plan involved being at the gallery the day the artists dropped their work off, to provide information, answer questions, and collect signed release forms. By now we had collected  a a bunch of thumbnails, a few high-quality photos, and, fortunately, all of the accompanying stories, graciously  forwarded  by the show organizer.

In the midst of handing out information and signing people up, we were approached by a photographer from the group, who offered to take professional photographs of everything in the gallery. This filled our need for printable photos—and life had just become easy again.

Now it seemed that we could drop the image requirement altogether. This was a relief to the artists as well, as many did not have appropriate equipment or the skills needed to take photos of their own work. The instructions had included specs for resolution and size, but could not be specific enough to cover the quirks of each artist's camera. In addition, many of the photographs that had been taken at a proper resolution were being automatically reduced to thumbnails in transit by the artists' Internet servers.

And as the show drew to a close, our photographer had still not followed through. She had to pull out, leaving us with a gallery full of unphotographed artwork and another missed deadline.

We didn't panic, we looked around, we got lucky (again). On the last day of the show, another photographer stepped up to the plate. In three hours (and with less-than-ideal lighting and space conditions), she managed to photograph most of the artwork.  A second artist and photographer was willing to take over from there and took the last few pictures the following day.

We were pleased to find that we had enough material to work with. The images were useable. Of course, production would take a little longer since we had to edit and adjust many of the images, so we made our new deadline, simply, June.

At this point, yet another experienced photographer came forward and offered to do the photo-editing. That allowed us to get to work on the layout. We examined several tools and chose the one that worked best for us.  You can read about that process in an earlier article.

Now we had our finished photos, and the layout tools to put the book together. Based on our experience laying out the book, I can only imagine how difficult it must have been for the curator to hang this eclectic show.  Each artist was allotted just enough space to fully express herself. On facing pages, one image could not overwhelm another and colours had to harmonize.

At last we reached the proofreading stage. We emailed the artists and attached their pages for review. A few people replied well within deadline, and even helped to chase down some of their less punctual colleagues. But we still ended up adjusting the deadline again, this time to some indeterminate point in the future--perhaps before fall. By now, we were working on the project as time allowed. I was starting to wonder about the whole 'starfish' thing, but pressed on, inspired by our tenacious, if fluctuating, band of media pioneers.

Throughout production, I fielded questions from artists, from other editors and helpers, and from people who attended the show and were interested in getting a copy of the art show book. Despite a campaign to educate in the beginning, we were working against the expectation that the book would be waiting in piles at the gallery by the close of the show. We reset expectations, and the questions people asked provided lots of opportunity to make new friends and draw in new collaborators.

As the fruits of summer lost their green, we published...and published again. It was on the market in plenty of time for Christmas.

Once the book was completed, we started promoting--and sharing the process with other potential collaborators or future book authors. I began this three-part series for opensource.com. This is the third part. I'd hoped to end the series with a piece detailing how many books sold, what promotional approaches worked best for us, and what a group could reasonably expect to raise, using this sort of approach.

A real part three may be a long time coming. Orders have been trickling in.  A number of stores and libraries in the area now carry “The Journey.”

While at this point online publishing does not seem to be the most efficient method for fundraising in the short term, we hope that it will continue to generate small amounts of income for the shelter for some time to come.

Overall, the book took longer than expected to produce. People moved in and out unexpectedly, handing off responsibility as-needed. We all learned a lot about the programs we used for production and publishing, so any subsequent projects using these methods should go more quickly.  A more structured group dynamic might have increased efficiency and brought the project to completion sooner, but then some of the natural flow of talent and good will from curious learners could have been sacrificed.  Perhaps our best advice to someone who wants to try starfish coordination with a group that is unaccustomed to the open source approach is to leave yourself lots of time.

Other similar projects are planned for the future.  Based on our experience, here's a list of do's and don't's which may not apply to every project—but could at least help you think things through: 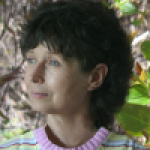