As part of the MongoDB Community Awards program introduced this year, 10gen, the company which develops MongoDB, will be rewarding a peer-elected Community Champion, as well as Innovative Application and Core Contributor winners, with a trip to SXSW Interactive in Austin, Texas in March 2012.

The Community Awards program was introduced to recognize the contributions of various community members to the MongoDB open source project. Community Champion candidates can be nominated online through November 30th, alongside nominations for Innovative Application and Core Contributor.

While the Innovative Application and Core Contributor awards arguably recognize talent and dedication working with MongoDB code, the Community Champion award is reserved for someone who has "actively engaged in the MongoDB community through events, social media, the user forum, and/or blogging...and encouraged adoption of MongoDB."

Open source projects are powered by their communities, and much of that code is a product of real-time community organizing. Recognizing members of the community who contribute by encouraging friends and coworkers to try out the new software, attend local meetups or other events, and have a positive influence on developers and new users is important for the evolution and posterity of the product. Participating in the open source community in this way is just as important (and often just as time-intensive) as contributing to the core code or using MongoDB in a new application.

Community members are encouraged to submit new nominees through November 30th, and to vote for grand prize winners in each category from December 2 through 7. Grand prize winners will be announced at the conclusion of MongoSV on December 9, 2011 in Santa Clara, CA.

What to read next
Tags
SXSW
Databases
Amelia 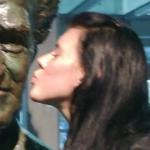 SxSW panel on the value of open source