How the Emergency Alert System has already been tested--and could be improved | Opensource.com 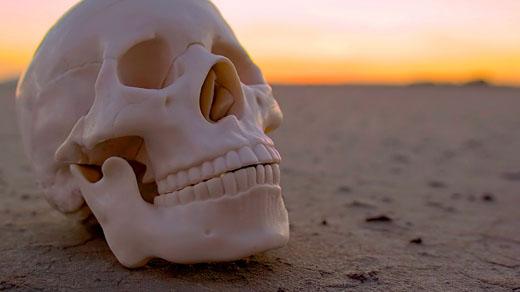 You've probably heard by now that today at 2 p.m., there will be the first nationwide test of the Emergency Alert System, which allows the president to address the American public within 10 minutes from any location at any time.

But this Cold War era system has already been outpaced. It will air on every broadcast, cable, and satellite TV station in the US. You'll hear it on any AM, FM, or satellite radio station. But where will you be at 2 p.m. today? Are you usually listening to the radio or watching TV in the middle of the usual work day hours?

Now how did you hear about the test? Twitter or Facebook? An email or text? The Emergency Alert System doesn't (yet) go those places.

How did you hear about the Virginia earthquake felt up and down the east coast back in August? When the rumbling began, someone sitting near me asked, "Is this an earthquake?" and my first instinct wasn't to go to a news site or national alert service--I searched Twitter for "earthquake." "Looks like it," I replied. The quake lasted long enough that it all happened while our desks were still shaking. It was felt far and wide enough that for some people, xkcd came true.

I don't mean to discount the role that these more traditional broadcast media can play in an emergency. And there is indeed an audience they will reach that social media and connected technologies won't. But the US has 240 million Internet users--approaching 80% of the population. That's a lot of people to ignore.

How could collaboration with the places people gather today--online--change the efficacy of the alert system? The top five sites on Alexa are Google, Facebook, YouTube, Yahoo! and Wikipedia. What if we had a 21st century emergency alert where, rather than putting the president on TV for two minutes, we could with one message:

The message could potentially be limited to the appropriate geography by IP address.

Do you have other ideas for a better Emergency Alert System?

Great point. It hadn't even occurred to me that this was how I get most of my news, even the really breaking news. In fact as far as I can tell, IRC often has news before the news organizations have a chance to post even a quick one-liner story about it.

If it hadn't been for this article, I'd have never even known that the Emergency Broadcast System had been tested today.

I know most natural disasters are local, maybe regional. If we really need a national emergency alert system from the federal government, something tells me that the government knows something big is about to happen but it seems they are hiding it from us.

How about a background app on everyone's cell phone and on everyone's computer? Maybe it could be part of the operating system rolled out in the weekly patches or cell phone updates. It could be a dormant background process that would be awakened by an extremely well encrypted (to prevent hoaxes) alert signal broadcast on the internet.

I do not care for the idea of any government agency owning an app or process that runs in the background of any personal device I use. There are obvious privacy concerns here. How can you be certain the app isn't also monitoring your activity?

Love it! At work we have an emergency notification system which spams everyone with email and phone (text/voice) messages about the emergency and directions on what to do. No more lame, inflexible phone trees!

How about creating a twitter channel where all mobile numbers are by default subscribed to it. So an SMS (in case it is not a smart phone) with the link to youtube video is sent.

This system has surtainly been made for real emergency case on wide area. If there is a big power outtage I'm not sure you will be able to find any piece of information on twitter or internet. AM/FM is the most reliable device, everybody has one. Not the case for twitter... Zombies will be eating your brain while your twitter search will be still loading passing thru sliw internet backup routers!

I used to work in emergency management, knew about the test, and didn't receive the alert. Yep, a "trained" professional who was expecting the alert didn't receive it. Why? Among the reasons you mention are one but another is that the EAS wasn't *fully* utilized during this test.

When I was working for the county EM office one of the things we would try to educate people on is the use of their NOAA All Hazards Radio. These handy, battery-backed up devices are used to not only alert the public (alerts per county) to dangerous weather situations but also to dangerous situations, evacuation orders, and emergency instructions from emergency officials.

The NOAA All-Hazards network is supposed to be part of the nationwide EAS but was not utilized for this test. And like you said, neither was Twitter, identi.ca, or any of the other social media systems.

I've always thought that geographically texting people would be a great idea. The telephone company knows where the phones are so if there is an emergency in area X with a radius of 10 miles, send a message to all those phones saying Y. Seems easy enough, to me.