The spread of open source at SXSW 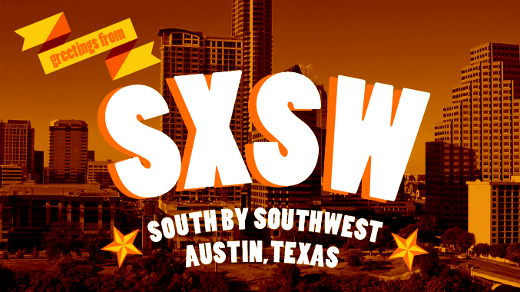 If you need evidence of the spread of interest in open source, look to the history of SXSW Interactive schedules. Just between this year and last, the number of talks tagged with "open source" grew from 17 to 26, and that doesn't include the growth in relevant book readings, meetups, sponsors, and parties. Even one of this year's keynotes was delivered by Julie Uhrman, founder and CEO of OUYA.

And it's not just about the code, though there's plenty of that, from sessions on APIs and datacenters to (of course), the cloud. Daniel Buckley, a design researcher at the Massachusetts College of Art and Design talked about his work studying interpersonal connection and what it means to be human, which he titled, "open source empathy."

Sessions on copyright and other legal issues were consistently well-attended, as they generally are at conferences. And in general, the tone of these was open-source friendly and about how you can be successful while sharing. Kal Raustiala, author of The Knockoff Economy, spoke about just that and how copying is actually quite successful in a variety of fields. He gave the example of a Foley + Corinna dress that Paris Hilton wore for an appearance on the David Letterman show, which rapidly appeared as a knockoff for about a tenth of the price at Forever 21. It's hardly uncommon—copying is rampant in the fashion world. Companies are built on copies, and copyright in the US doesn't extend to fashion. And, as Raustiala points out, it has hardly caused a lack of creativity or innovation in fashion design, much less a lack of profit.

For those more interested in the entertainment side of the massive (and growing) SXSW festival, Hatsune Miku (初音ミク) was everywhere. Hiroyuki Itoh, CEO of Crypton Future Media, the company that created Hatsune, presented a panel about her, in which she was described as "the open source girl who conquered the world." Miku is a synthesized singer whose name roughly translates as "future sound" and whose performances have attracted an impressive following. It's an excellent example of the spread of open source as an appealing concept—a term that people want to tap into and latch on to. Vocaloid, the software that powers Miku, is not open source. It's the addictive culture built around hundreds of producers and artists surrounding Miku that they have referred to with the term "open source."

In genuine openness, however, my favorite government agency had strong representation at the event: NASA. As we all know, this isn't quite the best of times for the agency. But could it be? Anousheh Ansari of the X Prize joined Christopher Gerty of NASA's Open Innovation Program, Edward Wright of Citizens in Space, and Darlene Damm (founder of DIYRockets) to talk about how crowdsourcing and open source have the potential to completely and quickly transform space exploration. Another panel addressed how NASA had tapped into social media to give unprecedented access to the public.

And, like it is just about everywhere right now, 3D printing was hot. Cody Wilson, creator of the controversial 3D printed gun, held a session on his Wiki Weapons project, which makes plans for printable firearms available. (Other common sites for sharing printing designs, like Thingiverse, don't allow weapons.) Across the street from the convention center, where much of the SXSW action happens, Autodesk sponosored SXSW Create for the second year, a place where attendees could "share disruptive creations, showcase innovative tools and unique fabrication methods," and 3D printers were a big part of that, both open and not-so-open systems. Favorite vendor of electronics hackers, Sparkfun, had an incredibly popular booth where anyone could draw on fabric and then sew a light-up circuit into their designs for free. (Sparkfun's Techstyle Specialist, Dia Campbell, made a great example starring as Dalek from Doctor Who.) 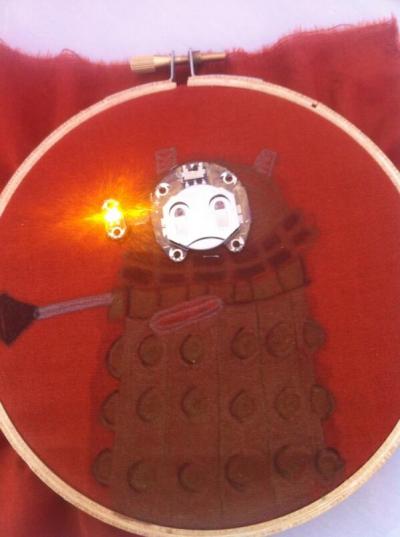 To sum it all up, what started as a little music festival in 1987 has become a meeting point for what's grown to around 30,000 people interested in technology, innovation, and increasingly open source. See you there next year.

God, I want to punch these people in the nose!!
Guess I dont have empathy.

As much as ive worked and lived in FLOSS the past 2 decades, I despise the new-ageish nitwits you see these day who are now open-washing everything.
Open is the new green and its even more annoying with this meme than the last.

Everything is open and the word has lost any meaning, just like when Shell and others starting using Green.

This is the write up for Miku-Vocaloid:
The Open-Source Cult(ure) of Hatsune Miku
#sxsw #MikuCult
When the Web unites millions of users into large networks around creative and free new media practices, how does this "open source culture" challenge assumptions about the production of content and the use of online social platforms?Vocaloid is a music production software from Japan that synthesizes voices for songs. In 2007, Crypton Future Media released Hatsune Miku, a young, female version of Vocaloid. Thousands of musicians use the software and character to make innovative songs and videos, which are circulated on Nico Nico Douga & YouTube for free, and many receive millions of hits within weeks. Vocaloid has helped amateur musicians land professional contracts, produced live concerts with holographic singers, and made Miku into a global virtual idol.This talk looks at one case study of a peer-produced media franchise that exploded into a global phenomenon using social media and free distribution, and the issues and successes of networked creative production.

Many closed projects offer the same advantages and please god, dont tell me that making something free-gratis makes it open.

Like I said, whitewash long enough and the word loses its meaning. In the meanwhile, everyone sounds like some giddy new ager who discovered his new path and cant shut up about it.

Perhaps you noticed that I mentioned Vocaloid isn't actually open source software? I think it's an interesting example--one of many--of exactly what you're talking about.

You're right. The word "open" is leaking everywhere. And I hope if you're ever at a conference where I'm speaking, you'll come hear me say just that. In fact, at SXSW, I explained in my own talk how I feel the term "open source" is losing meaning, and I have way more examples than just Vocaloid. That's why I (and other writers on opensource.com) are starting to lean towards discussing the *principles* behind the idea, like community and transparency. Those words have a lot more meaning, and they have meaning to people outside of software.

But unlike you, I don't see this shift as darkness and doom for openness. Rather, I see it as a sign that the world beyond software is recognizing the benefits of openness. They don't quite have the right language for it yet, so they're latching onto ours. And that's OK. Language evolves. (As a lifelong grammatical prescriptivist, that pains me to say, but it's true.) The end result--where more people are sharing and being open--is what's really important.