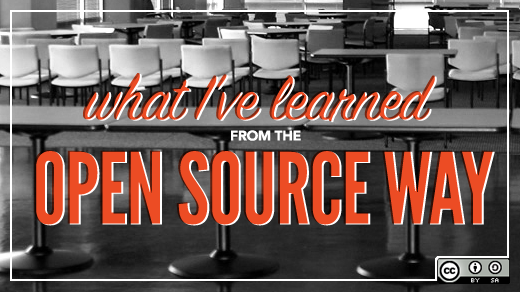 When I first started to learn how to code and program, as a student and during the pre-internet era, it was common practice to share your source code as you were creating it. My classmates and I assumed that was the best way for us to learn—from each other.

Almost everyone shared, except for a few. I never fully understood why they didn't, because they would learn from others but not share thier creations afterwards. As I got older and moved into the business world of making money, I began to understand as I was faced with the obscure system of intellectual rights, patents, trademarks, and copyright (and copyleft). Of course, I often think that without these obstacles, technology could go much further and become more ethically correct. But, it seems that the focus on "information is power" is still more important. Luckily, I found out that my feelings towards this are not so weird and actually are shared by many.

As a student graduating from my university, I had to develop a full software project from scratch, and to me it made sense to go open source. But, I couldn't believe, or have anticipated, that I would be the first open source based project!

The university was not set up to adhere to the documentation standards, but once I worked through these issues, I found no problems on the technical side. I wanted my project to be web-focused, but I didn't possess the required knowledge at the time; of course, given the nature of open source, I was able to access a resource, OpenBiblio, and learn what I needed to.

Gallery, an open source web based photo album organizer, was another project I studied to finally publish my project, OpenClinic. I learned how it dealt with translations systems and contributed by translating the app into Spanish (on version 1).

After graduation, I worked for a couple of software companies who were soley using proprietary software tools; this was ten years ago in Zaragoza, Spain and it was very common for proprietary software to be the the only option. Then, during my third professional experience I found that though proprietary software was still relied on, it was being used in good harmony with open source tools like: PHP, Python, CVS, Bugzilla, Wordpress, Mediawiki, and Firefox.

Things were changing, and still are. After many years as a web developer, I completely changed my career scenery to reflect my desire to focus on open source. I began helping my home city of Zaragoza implement open source software for the city council. Part of my daily tasks dealt with adapting AZLinux for their specific needs. I shared this experience with conference goers at: Gnome 3.0 Marketing Hackfest, Libre Software World Conference 2011, OpenDNIe Hackfest, Software & Barra Libre.

Today, I'm working on Migasfree, a GNU/Linux Management System. This client-server application was created to carry out day-to-day tasks within Linux systems management. I am very grateful to be where I am today and it wouldn't be without all of the shared-learning along the way. So, I want to share with you a list of people who you can learn from and are inspriations in the field.

For students or those early in their career: By publishing your work, anyone can get their eyes on it and become your best letter of introduction. In the last few years, and because of my open source published work, a couple of big companies (one national and one international) have knocked on my door. Above all, the best is not what I know now but what is yet to be learned.

What to read next
Jose Antonio Chavarría 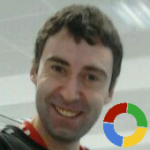 Jose Antonio is a @migasfree open source developer. He also writes about open source and programming tools on his blog. Follow him on Twitter at: @jact_abcweb
More about me