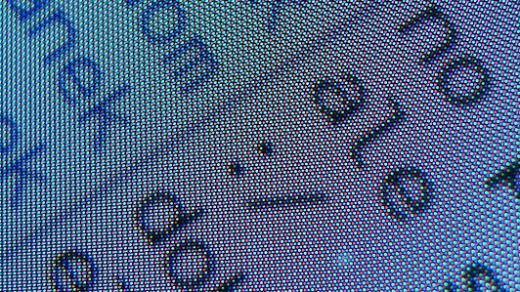 Whether you're moving to a paperless lifestyle, need to scan a document to back it up or email it, want to scan an old photo, or whatever reason you have for making the physical electronic, a scanner comes in handy. In fact, a scanner is essential.

But the catch is that most scanner makers don't have Linux versions of the software that they bundle with their devices. For the most part, that doesn't matter. Why? Because there are good scanning applications available for the Linux desktop. They work with a variety of scanners, and do a good job.

Let's take a look at a three simple but flexible Linux scanning tools. Keep in mind that the software discussed below is hardly an exhaustive list of the scanner software that's available for the Linux desktop. It's what I've used extensively and found useful.

First up, Simple Scan. It's the default scanner application for Ubuntu and its derivatives like Linux Mint. Simple Scan is easy to use and packs a few useful features. After you've scanned a document or photo, you can rotate or crop it and save it as an image (JPEG or PNG only) or a PDF. That said, Simple Scan can be slow, even if you scan documents at lower resolutions. On top of that, Simple Scan uses a set of global defaults for scanning, like 150 dpi for text and 300 dpi for photos. You need to go into Simple Scan's preferences to change those settings.

Next up, gscan2pdf. It packs a few more features than Simple Scan but it's still comparatively light. In addition to being able to save scans in various image formats (JPEG, PNG, and TIFF), you can also save a scan as a PDF or a DjVu file. Unlike Simple Scan, gscan2pdf allows you to set the resolution of what you're scanning, whether it's black and white or colour, and paper size of your scan before you click the button. Those aren't killer features, but they give you a bit more flexibility.

Finally, The GIMP. You probably know it as an image editing tool. When combined with a plugin called QuiteInsane, The GIMP becomes a powerful scanning application. When you scan with The GIMP, you not only get the opportunity to set a number of options (for example, whether it's color or black and white, the resolution of the scan, and whether or not to compress results), you can also use The GIMP's tools to touch up or apply effects to your scans. This makes it perfect for scanning photos and art.

Do they really just work?

The software discussed above works well for the most part and with a variety of hardware. I've used Simple Scan, gscan2pdf, and The GIMP with QuiteInsane with three multifunction printers that I've owned over the years—whether using a USB cable or over wireless. They've even worked with a Fujitsu ScanSnap scanner. While Simple Scan, gscan2pdf, and The GIMP didn't have all the features of the ScanSnap Manager software (which is for Windows or Mac only), the ScanSnap did scan documents very quickly.

You might have noticed that I wrote works well for the most part in the previous paragraph. I did run into one exception: an inexpensive Canon multifunction printer. Neither Simple Scan, gscan2pdf, nor The GIMP could detect it. I had to download and install Canon's Linux scanner software, which did work.

Scanning on the Linux desktop can be easy. And there's a lot of great software with which to do it.

Originally published (in a slightly different form) here and reposted via a Creative Commons.

On Fedora/KDE I use AcquireImages, which seems to use a SANE backend. I have an HP Officejet All-in-one, and had to get the hpaio libs in order to get it to find the scanner. There are some defaults, but you can change settings easily.

I found TurboPrint Control to be the best option for linux, although it is not free software and is quite expensive. I now use the trial version and I am not disappointed.

For my part I find Xsane to be still a very very capable tool for scanning. You can set a ton of things and also have basic image adjustments available right after the scan. The GUI is a bit oldfashined, but in runs really really well.

The Sane scanner suite (including the XSane frontend scanning application) is excellent. It can scan to PDF, images, other file types, as well as allow touchup operations and can even do multi-page scanning. It's the most powerful scanning suite for GNU/Linux that I know of. The Sane backend also supports a huge variety of scanners, including a multitude of older scanners that use SCSI connections. In Windows, support for older scanners has been dropped completely especially in new versions of Windows. Thankfully in GNU/Linux we can still use this hardware that still functions just fine.

I agree entirely re VueScan from Hamrick Software. Really good and very affordable.

I love QuiteInsane for the ability to delineate/crop on the preview window. I can scan 6 polaroids in one scan and have them each as a separate file in GIMP ready for further adjusting. Sadly I've not found another plug in like that, and strangely in 14.04 QuiteInsane doesn't seem available. Anyone else still scan film photos out there?

VueScan is not opensource.