Hello, open gaming fans! In this week's edition, we take a look at updates on Vulkan, an open source emulator for Mac OS X, SparkyLinux GameOver Linux distro, and more!

Before I give you this week's gaming news, I want to wish a happy new year to all you readers and gamers! 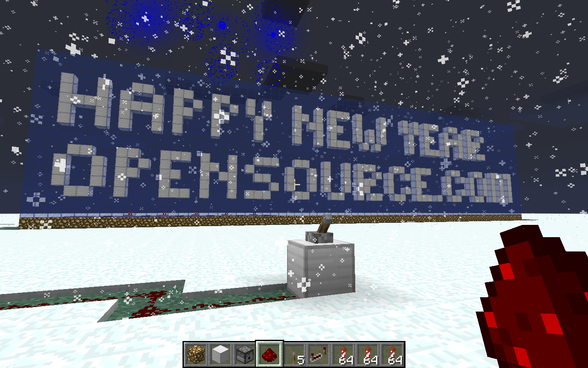 No end-of-year 1.0 release for Vulkan

The Vulkan Working Group did not meet its goal of a Vulkan 1.0 release by year's end. According to the Vulkan homepage, development of the open standard OpenGL successor is "in the home stretch" and a 1.0 release is "imminent."

Gaming On Linux had news about FNA, an open source reimplementation of Microsoft's XNA game development platform. FNA has hit its first official release, as you can read in an official announcement. According to developer Ethan Lee, "FNA has enabled critically-acclaimed titles such as Axiom Verge, Dust: An Elysian Tail, Hacknet, Rogue Legacy, Apotheon, Terraria, and more to be deployed across desktop platforms with confidence."

Softpedia wrote about the release of SparkyLinux 4.2 GameOver Edition. This Linux operating system features 80 games, including 0 A.D., Warzone2100, the Battle for Wesnoth, and more. This distribution also includes Wine 1.8 and PlayOnLinux. Read the full announcement by SparkyLinux.

Gather your party and get ready for the kick-ass new version of GameSpot's PC Game of the Year 2014. With hours of new content, new game modes, full voiceovers, split-screen multiplayer, and thousands of improvements, there's never been a better time to explore the epic world of Rivellon!

As Academy Cadet Patricia Wagon, grab your pellet gun and take on brain-twisting puzzles so massive they span the entire screen! 20 all new puzzles and some twisted classics stages, all with a hectic cooperative couch-play option for up to 4 players to keep you and your fellow trainees in stitches!

What to read next
Tags
Gaming
Linux
Robin Muilwijk
Former Opensource.com and Open Organization moderator/ambassador.
More about me