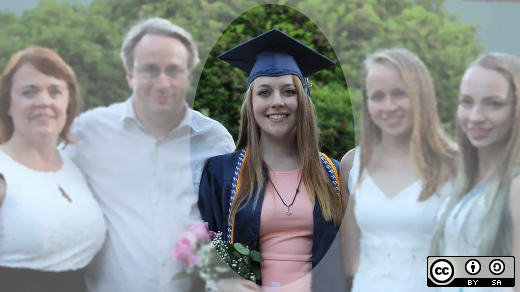 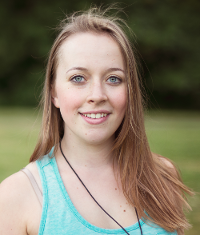 Patricia Torvalds isn't the Torvalds name that pops up in Linux and open source circles. Yet.

At 18, Patricia is a feminist with a growing list of tech achievements, open source industry experience, and her sights set on diving into her freshman year of college at Duke University's Pratt School of Engineering. She works for Puppet Labs in Portland, Oregon, as an intern, but soon she'll head to Durham, North Carolina, to start the fall semester of college.

In this exclusive interview, Patricia explains what got her interested in computer science and engineering (spoiler alert: it wasn't her father), what her high school did "right" with teaching tech, the important role feminism plays in her life, and her thoughts on the lack of diversity in technology.

What made you interested in studying computer science and engineering?

My interest in tech really grew throughout high school. I wanted to go into biology for a while, until around my sophomore year. I had a web design internship at the Portland VA after my sophomore year. And I took an engineering class called Exploratory Ventures, which sent an ROV into the Pacific ocean late in my sophomore year, but the turning point was probably when I was named a regional winner and national runner up for the NCWIT Aspirations in Computing award halfway through my junior year.

The award made me feel validated in my interest, of course, but I think the most important part of it was getting to join a Facebook group for all the award winners. The girls who have won the award are absolutely incredible and so supportive of each other. I was definitely interested in computer science before I won the award, because of my work in XV and at the VA, but having these girls to talk to solidified my interest and has kept it really strong. Teaching XV—more on that later—my junior and senior year, also, made engineering and computer science really fun for me.

What do you plan to study? And do you already know what you want to do after college?

I hope to major in either Mechanical or Electrical and Computer Engineering as well as Computer Science, and minor in Women's Studies. After college, I hope to work for a company that supports or creates technology for social good, or start my own company.

My daughter had one high school programming class—Visual Basic. She was the only girl in her class, and she ended up getting harassed and having a miserable experience. What was your experience like?

My high school began offering computer science classes my senior year, and I took Visual Basic as well! The class wasn't bad, but I was definitely one of three or four girls in the class of 20 or so students. Other computing classes seemed to have similar gender breakdowns. However, my high school was extremely small and the teacher was supportive of inclusivity in tech, so there was no harassment that I noticed. Hopefully the classes become more diverse in future years.

What did your schools do right technology-wise? And how could they have been better?

My high school gave us consistent access to computers, and teachers occasionally assigned technology-based assignments in unrelated classes—we had to create a website for a social studies class a few times—which I think is great because it exposes everyone to tech. The robotics club was also pretty active and well-funded, but fairly small; I was not a member. One very strong component of the school's technology/engineering program is actually a student-taught engineering class called Exploratory Ventures, which is a hands-on class that tackles a new engineering or computer science problem every year. I taught it for two years with a classmate of mine, and have had students come up to me and tell me they're interested in pursuing engineering or computer science as a result of the class.

However, my high school was not particularly focused on deliberately including young women in these programs, and it isn't very racially diverse. The computing-based classes and clubs were, by a vast majority, filled with white male students. This could definitely be improved on.

Growing up, how did you use technology at home?

Honestly, when I was younger I used my computer time (my dad created a tracker, which logged us off after an hour of Internet use) to play Neopets or similar games. I guess I could have tried to mess with the tracker or played on the computer without Internet use, but I just didn't. I sometimes did little science projects with my dad, and I remember once printing "Hello world" in the terminal with him a thousand times, but mostly I just played online games with my sisters and didn't get my start in computing until high school.

You were active in the Feminism Club at your high school. What did you learn from that experience? What feminist issues are most important to you now?

My friend and I co-founded Feminism Club at our high school late in our sophomore year. We did receive lots of resistance to the club at first, and while that never entirely went away, by the time we graduated feminist ideals were absolutely a part of the school's culture. The feminist work we did at my high school was generally on a more immediate scale and focused on issues like the dress code.

Feminism is also important to me in terms of diversity in tech, although as an upper-class white woman with strong connections in the tech world, the problems here affect me much less than they do other people. The same goes for my involvement in intersectional feminism. Publications like Model View Culture are very inspiring to me, and I admire Shanley Kane so much for what she does.

What advice would you give parents who want to teach their children how to program?

Honestly, nobody ever pushed me into computer science or engineering. Like I said, for a long time I wanted to be a geneticist. I got a summer internship doing web design for the VA the summer after my sophomore year and totally changed my mind. So I don't know if I can fully answer that question.

I do think genuine interest is important, though. If my dad had sat me down in front of the computer and told me to configure a webserver when I was 12, I don't think I'd be interested in computer science. Instead, my parents gave me a lot of free reign to do what I wanted, which was mostly coding terrible little HTML sites for my Neopets. Neither of my younger sisters are interested in engineering or computer science, and my parents don't care. I'm really lucky my parents have given me and my sisters the encouragement and resources to explore our interests.

Still, I grew up saying my future career would be "like my dad's"—even when I didn't know what he did. He has a pretty cool job. Also, one time when I was in middle school, I told him that and he got a little choked up and said I wouldn't think that in high school. So I guess that motivated me a bit.

What suggestions do you have for leaders in open source communities to help them attract and maintain a more diverse mix of contributors?

I'm actually not active in particular open source communities. I feel much more comfortable discussing computing with other women; I'm a member of the NCWIT Aspirations in Computing network and it's been one of the most important aspects of my continued interest in technology, as well as the Facebook group Ladies Storm Hackathons.

I think this applies well to attracting and maintaining a talented and diverse mix of contributors: Safe spaces are important. I have seen the misogynistic and racist comments made in some open source communities, and subsequent dismissals when people point out the issues. I think that in maintaining a professional community there have to be strong standards on what constitutes harassment or inappropriate conduct. Of course, people can—and will—have a variety of opinions on what they should be able to express in open source communities, or any community. However, if community leaders actually want to attract and maintain diverse talent, they need to create a safe space and hold community members to high standards.

I also think that some community leaders just don't value diversity. It's really easy to argue that tech is a meritocracy, and the reason there are so few marginalized people in tech is just that they aren't interested, and that the problem comes from earlier on in the pipeline. They argue that if someone is good enough at their job, their gender or race or sexual orientation doesn't matter. That's the easy argument. But I was raised not to make excuses for mistakes. And I think the lack of diversity is a mistake, and that we should be taking responsibility for it and actively trying to make it better.

Stay tuned for our upcoming series on Diversity in Open Source. Read more articles on this topic.

Phil Shapiro on 03 Aug 2015 Permalink
A new world is a-borning -- and it's a hopeful one. Thanks for this excellent interview with the future.

Don Watkins on 03 Aug 2015 Permalink
This is an awesome interview with a wonderful young lady. Glad you were able to do this.

Gina Likins on 03 Aug 2015 Permalink
I love this article -- how I wish I could hear a discussion between Patricia and her father on the subject...

Seems her parents did a good job in parenting and should be proud of her. Congrats!

Wait, what? The same Shanley who has launched unprovoked, vicious, harassing attacks on her own father is one of her heroes?

A depressing interview. Shanley Kane is the worst possible role model a young women could have, and her influence is visible by the self hatred (as a "upper class white women") and preformatted discourse she is showing. I feel sad for Linus and for herself.

Lauren Egts on 04 Aug 2015 Permalink
This is an awesome interview! I am so glad that another NCWIT winner has gotten to share her story with Opensource.com.