How to narrow the IT gender gap

We need YOU to help close the IT gender gap 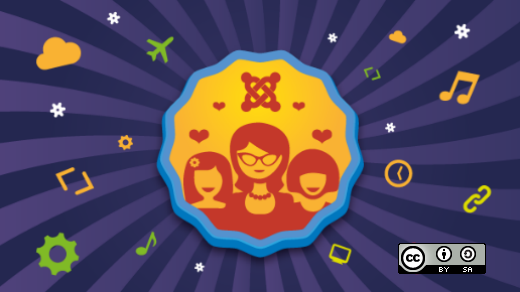 When I was a kid I wanted to be a singing dentist, a veterinarian, a reporter, and pretty much everything in between. But the one field that never crossed my mind as a possibility was Information Technology.

Sure, I had immersed myself in technology growing up, playing the Putt Putt Saves the Zoo computer game and using desktop publishing software to create my own daily newsletter, The Daily News. While I understood how to use technology to accomplish tasks, I didn't think of it as a vehicle to a potential career path.

It's now nearly a decade since I've published my last newsletter, and I’m not a singing dentist. I'm a young woman employed at an industry-leading technology company. And while I would never have predicted being here today, writing this article, I couldn't be more proud of where I am.

According to the U.S. Department of Labor, only 26% of people employed in computer and mathematical occupations are women. While that figure may be staggering, I don't believe the way to fix it is by simply hiring more women. A meritocracy requires that the most qualified candidates are selected for positions in every industry, regardless of gender. But we can level the IT industry's playing field by educating young women and girls about potential career possibilities.

Red Hat's Women in Open Source Award is a great example of this idea in action. By recognizing women who have made significant contributions to the field, Red Hat is showing women throughout the world that being a female in the IT industry is possible. Organizations like Girls Who Code work to educate young women in computer science and prepare them for the workforce. While these initiatives are a great start, we must continue to to communicate to young women and girls everywhere that jobs in the tech field are a viable option.

I need your help to spread this message. Yes, you—the current employees and interested parties in technology. Let’s all start viewing ourselves and our coworkers as heroes and role models comparable to the firefighters and police officers that many children idolize. Technology plays a growing role in daily life. Children are becoming acquainted with it at an earlier ages, and it quickly becomes a necessity for them. Let’s position the creators of that technology as their heroes and inspire a younger generation.

Imagine having a conversation with a girl playing a new video game. Why not tell her that she could create her own video games? Why not tell a woman full of ideas for new features on her phone that she could design those? By linking career possibilities with the technology that young women already embrace, you can help create a culture in which that technology's creators are as diverse as its consumers.

When I first told a friend about my position, she was confused about why I wanted to work in such a male-dominated field. Others have apologized for the perceived sexism in this field, and congratulated me on my achievement. In spite of the confusion and the sexism, real or imagined, I work each day to improve the technology on which we depend. By doing so, I hope to inspire other women to explore the possibilities of technology. If we all work to educate women about these possibilities at a young age, I think the gender gap in the IT field will eventually level out.

I may not be a singing dentist, veterinarian, or reporter. But I, along with all other men and women in IT, am a hero. I think it’s time we show a new generation they can be too.

Kristen DeMaria - Hi there! I'm Kristen DeMaria, a twenty-one-year-old senior at Elon University passionate about design and creativity. When I'm not geeking out about typography or my latest design project, you can probably find me jogging trails at my favorite park, catching up on old episodes of "The West Wing," or attempting a new recipe in my kitchen.
More about me

Don Watkins on 10 Aug 2015 Permalink
Well done! Great reading and keep up the good work blazing trails. I like this Zen proverb, "When you get to the top, keep climbing." I'm going to share your story with ed tech friends who are trying to change the paradigm.

Kristen - Thank you for a great article and telling a great story.

As someone with two young daughters, I want them to feel empowered to make their own choices, whatever field they choose. I'll be sure to make them aware that IT is definitely open to them. Luckily we have plenty of current and past Red Hat associates are great examples of the benefits of diversity.

I had a similar experience when I first said I liked computers and wanted to become an engineer, or a computer scientist my mom thought it was outrageous! But my dad didn't, and that made a BIG difference. He went out one afternoon, and came back a few hours later with a computer, my first computer. Never looked back.
It has been challenging, but I am happy and proud of what I am now (I graduated as electrical engineer, but I am shifting more towards full IT). I have a female boss (IT department) too and she rocks! Plus, our guys here really appreciate the value that women bring into IT, it's a good mix :D

"I have a female boss (IT department) too and she rocks! Plus, our guys here really appreciate the value that women bring into IT, it's a good mix :D"

What "value" can a woman or man bring to IT by virtue of their genital configuration and hormones?

The article is by pure sexism.

Great perspective, Kristen! We can never stop spreading the word. Keep it up! Thank you for sharing your passion and talents with Red Hat!

Also, if you liked "The West Wing," please try "The Newsroom." The opening scene has been called "The most honest 3.5 minutes in television." https://www.youtube.com/watch?v=16K6m3Ua2nw