What science fiction technology do you wish were open source?

What science fiction technology should be open source? 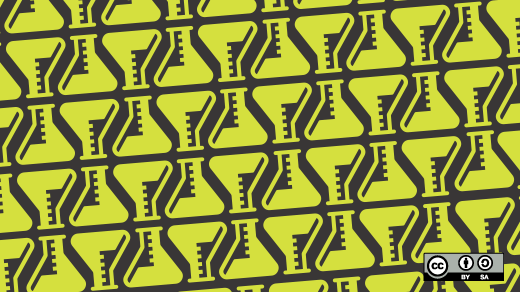 Science fiction ranges from complete fabrications to some surprisingly accurate visions for the future. What tool, device, object, or other item from your science fiction library do you hope, or even expect, to one day find an open source version of?

We posed this question to our staff and team of community moderators here at Opensource.com and got back some really creative and interesting responses. Here are some of our favorites:

Thanks to Bryan Behrenshausen, Deb Nicholson, Scott Nesbitt, and David Both for their contributions, and especially to Seth Kenlon for posing the question and providing many of these examples.

If we listed every great idea, they wouldn't fit in our poll, so please add your own in the comments below. What sci fi technology would you open source?

David Both on 18 Mar 2016 Permalink
The Krell Machine, Robbie the robot, and the IQ booster from "Forbidden Planet." Because Morbius wanted to control those technologies and hand them out a bit at a time if humans were "good." That implies an openness that was already in place that Morbius wanted to close off.

Algot Runeman on 20 Mar 2016 Permalink
Nexus from the book by that same name by author Ramez Naam, providing a brain function support system including NFC and allowing interpersonal communications indistinguisable from telepathy.

Anonymous on 22 Mar 2016 Permalink
Because monopolization of such manufacturing technology would basically completelly concentrate and centralize power in the hands of the individual/organization controlling that technology. It completely destroys any balance in the marketplace / playing field. Especially since patents exist.

Onebuck on 22 Mar 2016 Permalink
Rube Goldberg was the ultimate open source machine by Rube himself.

Purple Library Guy on 22 Mar 2016 Permalink
Transporters and similar teleportation devices. If there's a machine that's supposed to be dissassembling me into particles, sending them somewhere, and re-assembling me at a destination, I want plenty of eyes on that code.

Greg Lehmann on 22 Mar 2016 Permalink
We are getting there with the holodeck, but it's not opensource. The equipment needs to shrink a fair bit and we need more scenarios, but hey, small steps...

ted on 29 Mar 2016 Permalink
How about the mobile market today? Open up LTE or instead use mobile IP, something... rather than the abomination we have today.

Elmar on 01 Apr 2016 Permalink
Avatar technology... In the movie you see what happens if it's controlled by a big company. So let's be prepared and have it all open-source. Same for things like SkyNet. Or the technology in Minority Report.

Earl on 01 Jul 2016 Permalink
All of the "Star Trek" and "Star Wars" things would be great. Phasers, warp speeds, light sabres, etc.