Discovering Linux opened a window to the open source world

For Levi Moore, a "serendipitous" discovery of Linux led to a passion for open source tools.

In the fall of 2011, I was a 19-year-old newlywed who was beginning to discover the depth and breadth of the wide and sometimes wild world of technology. Growing up in the '90s with the Nintendo64, Gameboy variants, and PlayStation, I was always drawn to technology. I remember watching my father replacing a damaged CPU on our family’s Gateway desktop and being fascinated by all the “little cities” on the motherboard.

At 19, I finally made the leap from my old eMachines desktop running Windows XP to a brand-new Lenovo ThinkPad X220T running Windows 7, which I purchased for grad school. It was while researching and purchasing this laptop that I first read about Linux. Having used only Windows up to that point, I was naturally inquisitive—and so began my journey out through the Windows operating system.

My first encounter with Linux occurred on the Dell website, while I was shopping for laptops. I came across one laptop with an option to purchase pre-configured with Linux. Wondering what this Linux was, I hopped on Google and began my search. Fortuitously, my first stop was DistroWatch.com. Boy, did I land on the motherlode!

I experienced a complete system overload trying to wade through the plethora of options. After a while, I narrowed my options down to Ubuntu, Fedora, and Arch. I quickly dismissed Arch as it was overwhelming for a novice. I'm not sure why, but what won me over was the online demo—it was really nothing more than a guided tour—of Ubuntu. I liked its look and feel, as well as the outlandish idea of having a taskbar on the side of the desktop.

Life happened, and it was not until the fall of 2013—two full years later—that I took the plunge and wiped my wife’s old laptop to install Ubuntu 13.10. What a thrill of adventure! I discovered LibreOffice, GIMP, Inkscape, and Blender (my personal favorite). I continued to dabble in Linux on the spare laptop, as I was still required to run Windows 7 on my ThinkPad while I was attending grad school. In the spring of 2015, my grandfather gave me a monetary gift, for which I was grateful. At long last, I was able to purchase my first true Linux laptop. I immediately went to the System76 website, which I had almost memorized from repeated viewing, to configure and order my Bonobo Extreme.

When my new Bonobo arrived, I was teaching high school sciences at a private Christian school. Many of my students were excited to see the new computer (or at least pretended to be for my sake), so I unboxed it in class to show them what a “real computer” was. From that day on, and for the next two and a half years, I taught and advocated using entirely open source software. In my computer classes, the students would use Linux Mint or Kubuntu as long as I had a say in the matter. Not surprisingly, my students had no trouble learning to navigate the Linux desktop; it was entirely intuitive and smooth to use. Because of my introducing open source software, some of my students have gone on to use some of these projects in their daily lives, such as Blender, Open Broadcaster Software (OBS), GIMP, Inkscape, and Krita.

Discovering Linux and open source software was without a doubt one of the best things to have occurred in my life, aside from my wife and my faith, of course. I now faithfully run KDE neon on all my systems, except for one that runs Kali. I use all of the above-listed projects on an almost daily basis. Some other projects I use include Ardour, Kdenlive, Scribus, Vim (for the win), and Firefox (also for the win).

Linux has opened my eyes to the vast world of software options that do not restrict my freedom.

What to read next
Tags
My Linux Story column
Levi Moore 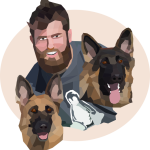 Husband, preacher, teacher, musician, gamer, programmer, Linux advocate, and a child of the One True King.
More about me