Shifting from proprietary to open source thinking in scientific research harnesses our collective intelligence for the benefit of humankind. 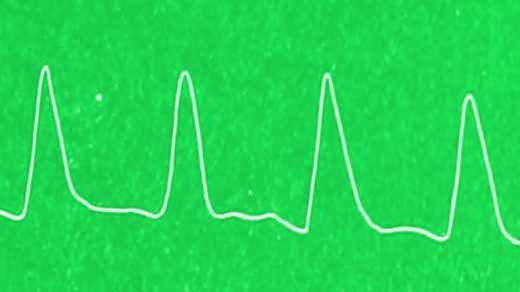 I haven't taken a biology class in years, but the TV show Grey's Anatomy keeps me acquainted with some aspects of the scientific world. I never expected that an episode of the medical drama series would inspire me to explore open source principles in scientific research.

Maybe you've seen the episode: the characters Derek and Callie, surgeons in neuroscience and orthopedics, are doing a research study using brain sensors to control the movement of prosthetics. When the White House recruits Derek for a brain-mapping initiative, officials mention that the sensors necessary for the work will become proprietary, available only to Derek's project. The proprietary policy leads to an argument about ownership of the sensor technology and whose research is of greater importance.

Is it morally acceptable to "rank" medical research this way, in terms of importance? In the fictional world of Grey's Anatomy, which research is worthier: the government's brain-mapping research, or Derek and Callie's study on pain-free prosthetics? The episode sheds light on an unhealthy mentality of "us vs. them" competition.

Typically, researchers engage in scientific inquiry in isolation, with institutionalized restrictions on data access and redistribution. Publishing research findings after a study is finished seems to be the only accepted platform to engage the scientific community. There are limited avenues or incentives to engage in dialogue and share discoveries prior to publication. In other words, scientific research operates like a closed medical information system geared toward post-research sharing, not an ongoing process of community building over the course of an investigation.

Furthermore, the closed mindset of scientific research is evident in the commercialization of research discoveries. Pharmaceutical companies and other commercial entities produce "closed" products with the goal of maximizing profit through market domination. For example, Celera Genomics, a genetic sequencing company, was racing against the public sector to commercialize genetic blueprints. The company's vice president characterized the initiative as two races: "to identify the genetic information and to develop the invention into a commercial product." This closed mindset generates a vicious cycle from scientific research to the application and commercialization of novel discoveries.

There needs to be a paradigm shift in scientific R&D that moves away from competition based on proprietary models to one that embraces collaboration and openness throughout the process. Open source thinking can help us envision such a movement toward open research and innovation.

There needs to be a paradigm shift in scientific R&D that moves away from competition based on proprietary models to one that embraces collaboration and openness throughout the process.
Any scientific R&D effort builds on a common understanding of the state of a particular challenge. For example, the medical community widely recognizes certain things about Alzheimer's and cancer, and based on such consensus, scientists are at liberty to engage in independent research and discovery. In other words, everyone has access to some baseline understanding of the challenge, then they diverge into different paths of inquiry. The access to common knowledge, however, is restricted once scientists are doing their isolated research. The body of knowledge is expanding through research, but not everyone has access to those new discoveries and findings. Although each researcher holds a piece to the puzzle, no one has access to the whole picture.

Fortunately, innovative platforms and companies are adopting open source thinking to transform scientific research. One such platform is Synapse, "an open source software platform that data scientists can use to carry out, track, and communicate their research in real time." It uses a crowdsourcing approach to scientific challenges and promotes open science initiatives that allow users to create and share project workspaces. Synapse has built-in functions, such as group chats, that encourage collaboration and communication throughout the research process. Additionally, it's user friendly for those wishing to integrate Synapse into their current works and includes common programming tools, such as R, Python, and Java Client, to make it easy for users to transition to it. The platform is free of charge and creates research communities that work on shared data about the most recent discoveries.

Synapse operates under Sage Bionetworks, a nonprofit research organization that promotes "the creation of open systems, incentives, and standards" in scientific research. Applying open source thinking reshapes the definition of common knowledge to one that harness collective intelligence in the continuous process of research and development.

Open source initiatives such as Synapse and Sage Bionetworks offer alternative models to how scientific research has been done. As scientists become aware of others' research outputs, they can coordinate research activity and make adjustments and improvements on the research trajectory. The process is mutual, and it benefits all parties because of its cooperative and cumulative nature. This kind of ongoing information flow can also increase efficiency because it harnesses the contributions and expertise of diverse researchers around the world.

The power of open source in scientific research has gained momentum, and it could change the structure of the system. Nonprofit organizations, including the Centre for Applications of Molecular Biology in International Agriculture (CAMBIA), launched the Biological Innovation for Open Society (BiOS) in 2005, which focuses on the application stage of scientific research. CAMBIA develops licensing and collaborative distribution networks for biological innovation that build on the principles of open source. These developments encourage decentralized innovation that introduces "structural reform" to the innovation ecosystem.

There have also been changes in the research policy and funding realm. In 2004, the U.S. National Human Genome Research Institute and Department of Energy awarded Duke University $4.8 million to study the role of information flow and sharing in developing genomic products. Open source thinking and technology are changing the functions and development of scientific research. The potential for applying open source principles in scientific research is far from fully realized, but it is providing an alternative to proprietary modes of inquiry and a vision for how society can approach innovation in the future.

A responsibility to open up

Open source thinking and technology are changing the functions and development of scientific research.
The biologist Ellen Jorgensen explained the importance of societal responsibility in scientific inquiry in her TED Talk on the CRISPR (Clustered Regularly Interspaced Short Palindromic Repeats) method, which allows scientists to edit our DNA. She argues that "we've got an infrastructure that allows a certain percentage of people to spend all their time doing research. That makes us all the inventors of CRISPR, and I would say that makes us all the shepherds of CRISPR. We all have a responsibility."

Back to Grey's Anatomy

Fortunately, in the world of Grey's Anatomy, neither Derek nor Callie's research project is jeopardized by the proprietary policy. In a phone call between Derek and a White House representative, Derek explains:

"Our work to map the brain is like the brain itself. It's dependent upon connections, our innovation, and inspiration of scientists like Dr. Torres and millions of others. If we have a policy that thwarts innovation, then we're stopping before we even start."

On the other end of the phone, the White House representative responds with the discomfort that comes as values shift. But he eventually concedes to openness: "We will have to figure out a way to share."

Linda Zhang -
More about me

You brought back the memories of Dr Fairytale 😭😭😭😭
Now I want to go back to that season.
But good point. Never thought of that episode like that