They want to show people, through a product, how incredible Linux is. 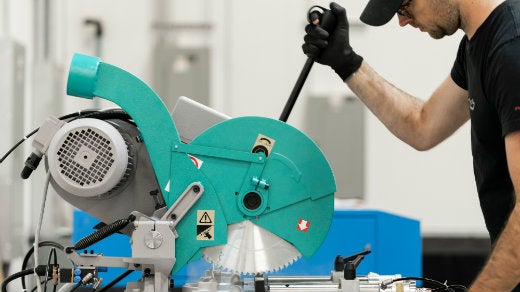 This spring System76 completed the first leg of their journey towards producing an open desktop computer when they opened the first Linux hardware manufacturing plant in the US. Now, they're working feverishly on Thelio to create a computer that is open from the hardware to the OS.

Today, you can preorder Thelio, and shipments will start in December.

Let's get some more details about Thelio and find out what's next for System76. Here's my chat with Louisa Bisio, VP of Marketing.

What makes Thelio different than other open hardware computer systems out there?

Thelio is the most powerful open desktop computer that exists, holding up to up to 768GB of ECC Memory and up to 4 GPUs. And it's OSHWA certified open hardware. Some of the open computers out there are not, plus we allow commercial use and remix of everything that we’ve built on the computer.

We’ve designed Thelio for users to be able to easily expand their machine. Extra screws are available and decoratively attached to the chassis. This means that users no longer need to keep screws in a bag. The desktop is designed to make serviceability and personalizing the computer a tantalizingly easy process. People should feel like they really own it.

Why is this a big deal?

If the end goal is to make open source projects the go-to solution instead of proprietary projects, we have to make sure that we get Thelio perfect. We serve high-profile customers with important projects. So Thelio needs to be able to support these customer’s needs.

Opening up the manufacturing facility in Denver is the first step for us to be able to quickly iterate as we open source each hardware element bit by bit. At the same time, local manufacturing allows us to test each piece, get immediate feedback, quickly improve, and perfect each component one by one until we have every part of the computer open and perfected.

This is just the start.

Why has System76 been on a mission to make this happen? What makes you uniquely positioned to do it? Why now?

We are passionate about open source. Both software and hardware. We believe it’s important to apply the same passion we have about software freedom to the hardware itself. Our end goal is to change the perspective of open source projects to be regarded as higher quality and superior to proprietary. "Open source" should have the same denotation of quality that’s associated with "artisan craftsmanship." If, when people hear the term "proprietary" they think, "Gross. That sounds like it lacks care and attention to detail," then we’ll feel satisfied with the status of open source awareness among the masses.

For now, we need to help give open source the attention it deserves. Getting to a point where friends and neighbors are crafting the things that people use every day is a big dream that reflects true technological progress. It means that everyone is empowered to create and improve their environment. And we think it’s possible to get there.

Thelio represents an important stride in this direction. If we are to turn the tide, we must make better products than proprietary manufacturers.

What makes us uniquely positioned to get there is that we’ve been in the open source space, serving the Linux community, for over 13 years. We serve a lot of large companies using Linux that depend on us for high-quality computers. This means we can’t mess up—but it also means we have a great source of rich feedback to pull from. We also have a lot of smart, passionate folks here that are aligned with the company’s open mission. Another factor is having manufacturing in-house. Whereas outsourced manufacturing could take up to half a year for these changes to be implemented, bringing manufacturing in-house speeds up processes to weeks, if not days.

How will this new desktop computer pave the way for a new world of open source hardware? How might it change the software world as well?

Outside of the previous statements here with regard to the goals within the hardware space, we need to remember to be collaborative and supportive. The more people improving open hardware and software, the better the ecosystem for open source projects will be. Those of us working to build open computers are taking different approaches and in doing so we all contribute toward this end. The important thing is that we’re all on the same trajectory: proprietary freedom.

What’s your biggest motivator at a company-level?

Our mission is to build powerful computers that enable people to do more, go further, and unleash their potential. We are motivated to provide smart people with tools that empower them to go beyond limits. This means with absolute proprietary freedom.

In fact, System76 was started because Carl knew the Linux desktop deserved a dedicated PC manufacturer to show people, through a product, how incredible Linux was.

What are your plans for a completely open source laptop? I want one!

Haha. Me too. We are quite a bit away from that. Though I know the engineering team is really eager to get working on it. The desktop is a good place to start for us so that we can perfect the manufacturing process first. The laptop will be a lot of fun, or painful, because there are so many little parts to it. But we’re excited about that next endeavor.

Over the years, we’ve collected feedback of customer’s laptop requests. I’m curious to see what the team pulls together.

If you have questions for System76, leave a comment for Louisa below.