Beyond metrics: How to operate as team on today's open source project 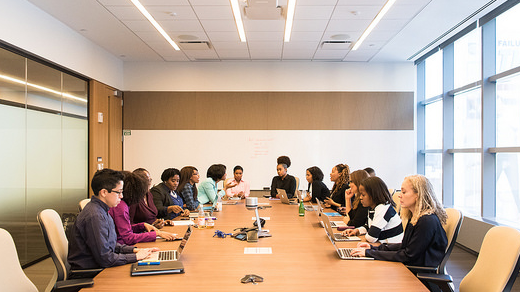 How do we traditionally think about community health and vibrancy?

We might quickly zero in on metrics related primarily to code contributions: How many companies are contributing? How many individuals? How many lines of code? Collectively, these speak to both the level of development activity and the breadth of the contributor base. The former speaks to whether the project continues to be enhanced and expanded; the latter to whether it has attracted a diverse group of developers or is controlled primarily by a single organization.

The Linux Kernel Development Report tracks these kinds of statistics and, unsurprisingly, it appears extremely healthy on all counts.

However, while development cadence and code contributions are still clearly important, other aspects of the open source communities are also coming to the forefront. This is in part because, increasingly, open source is about more than a development model. It’s also about making it easier for users and other interested parties to interact in ways that go beyond being passive recipients of code. Of course, there have long been user groups. But open source streamlines the involvement of users, just as it does software development.

This was the topic of my discussion with Diane Mueller, the director of community development for OpenShift.

When OpenShift became a container platform based in part on Kubernetes in version 3, Mueller saw a need to broaden the community beyond the core code contributors. In part, this was because OpenShift was increasingly touching a broad range of open source projects and organizations such those associated with the Open Container Initiative (OCI) and the Cloud Native Computing Foundation (CNCF). In addition to users, cloud service providers who were offering managed services also wanted ways to get involved in the project.

“What we tried to do was open up our minds about what the community constituted,” Mueller explained, adding, “We called it the Commons because Red Hat's near Boston, and I'm from that area. Boston Common is a shared resource, the grass where you bring your cows to graze, and you have your farmer's hipster market or whatever it is today that they do on Boston Common.”

This new model, she said, was really “a new ecosystem that incorporated all of those different parties and different perspectives. We used a lot of virtual tools, a lot of new tools like Slack. We stepped up beyond the mailing list. We do weekly briefings. We went very virtual because, one, I don't scale. The Evangelist and Dev Advocate team didn't scale. We need to be able to get all that word out there, all this new information out there, so we went very virtual. We worked with a lot of people to create online learning stuff, a lot of really good tooling, and we had a lot of community help and support in doing that.” 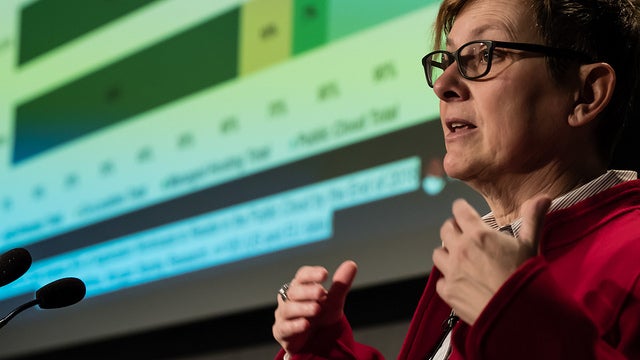 However, one interesting aspect of the Commons model is that it isn’t just virtual. We see the same pattern elsewhere in many successful open source communities, such as the Linux kernel. Lots of day-to-day activities happen on mailings lists, IRC, and other collaboration tools. But this doesn’t eliminate the benefits of face-to-face time that allows for both richer and informal discussions and exchanges.

This interview with Mueller took place in London the day after the OpenShift Commons Gathering. Gatherings are full-day events, held a number of times a year, which are typically attended by a few hundred people. Much of the focus is on users and user stories. In fact, Mueller notes, “Here in London, one of the Commons members, Secnix, was really the major reason we actually hosted the gathering here. Justin Cook did an amazing job organizing the venue and helping us pull this whole thing together in less than 50 days. A lot of the community gatherings and things are driven by the Commons members.”

Mueller wants to focus on users more and more. “The OpenShift Commons gathering at [Red Hat] Summit will be almost entirely case studies,” she noted. “Users talking about what's in their stack. What lessons did they learn? What are the best practices? Sharing those ideas that they've done just like we did here in London.”

Although the Commons model grew out of some specific OpenShift needs at the time it was created, Mueller believes it’s an approach that can be applied more broadly. “I think if you abstract what we've done, you can apply it to any existing open source community,” she said. “The foundations still, in some ways, play a nice role in giving you some structure around governance, and helping incubate stuff, and helping create standards. I really love what OCI is doing to create standards around containers. There's still a role for that in some ways. I think the lesson that we can learn from the experience and we can apply to other projects is to open up the community so that it includes feedback mechanisms and gives the podium away.”

The evolution of the community model though approaches like the OpenShift Commons mirror the healthy evolution of open source more broadly. Certainly, some users have been involved in the development of open source software for a long time. What’s striking today is how widespread and pervasive direct user participation has become. Sure, open source remains central to much of modern software development. But it’s also becoming increasingly central to how users learn from each other and work together with their partners and developers.

What to read next
Gordon Haff