Are you looking for a place to store and trade your Bitcoin, Ethereum, or other cryptocurrency? Check out these six open source options. 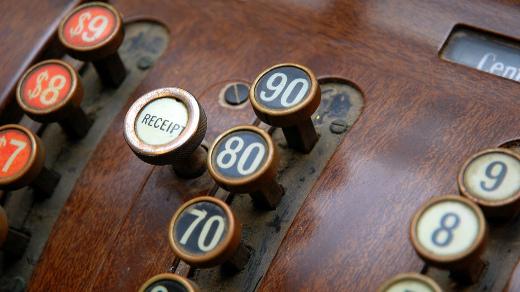 Without crypto wallets, cryptocurrencies like Bitcoin and Ethereum would just be another pie-in-the-sky idea. These wallets are essential for keeping, sending, and receiving cryptocurrencies.

The revolutionary growth of cryptocurrencies is attributed to the idea of decentralization, where a central authority is absent from the network and everyone has a level playing field. Open source technology is at the heart of cryptocurrencies and blockchain networks. It has enabled the vibrant, nascent industry to reap the benefits of decentralization—such as immutability, transparency, and security.

If you're looking for a free and open source cryptocurrency wallet, read on to start exploring whether any of the following options meet your needs.

Copay is an open source Bitcoin crypto wallet that promises convenient storage. The software is released under the MIT License.

The Copay server is also open source. Therefore, developers and Bitcoin enthusiasts can assume complete control of their activities by deploying their own applications on the server.

The Copay wallet empowers you to take the security of your Bitcoin in your own hands, instead of trusting unreliable third parties. It allows you to use multiple signatories for approving transactions and supports the storage of multiple, separate wallets within the same app.

Copay is available for a range of platforms, such as Android, Windows, MacOS, Linux, and iOS.

As the name implies, MyEtherWallet (abbreviated MEW) is a wallet for Ethereum transactions. It is open source (under the MIT License) and is completely online, accessible through a web browser.

The wallet has a simple client-side interface, which allows you to participate in the Ethereum blockchain confidently and securely.

mSIGNA is a powerful desktop application for completing transactions on the Bitcoin network. It is released under the MIT License and is available for MacOS, Windows, and Linux.

The blockchain wallet provides you with complete control over your Bitcoin stash. Some of its features include user-friendliness, versatility, decentralized offline key generation capabilities, encrypted data backups, and multi-device synchronization.

Armory is an open source wallet (released under the GNU AGPLv3) for producing and keeping Bitcoin private keys on your computer. It enhances security by providing users with cold storage and multi-signature support capabilities.

With Armory, you can set up a wallet on a computer that is completely offline; you'll use the watch-only feature for observing your Bitcoin details on the internet, which improves security. The wallet also allows you to create multiple addresses and use them to complete different transactions.

Armory is available for MacOS, Windows, and several flavors of Linux (including Raspberry Pi).

Electrum is a Bitcoin wallet that navigates the thin line between beginner user-friendliness and expert functionality. The open source wallet is released under the MIT License.

It is available for a wide range of operating systems and devices, including Windows, MacOS, Android, iOS, and Linux, and hardware wallets such as Trezor.

Etherwall is the first wallet for storing and sending Ethereum on the desktop. The open source wallet is released under the GPLv3 License.

Etherwall is intuitive and fast. What's more, to enhance the security of your private keys, you can operate it on a full node or a thin node. Running it as a full-node client will enable you to download the whole Ethereum blockchain on your local machine.

Etherwall is available for MacOS, Linux, and Windows, and it also supports the Trezor hardware wallet.

Before using any digital currency software wallet, make sure to do your due diligence to protect your security, and always remember to comply with best practices for safeguarding your finances.

Our wallet is partly open-source, and it's among the most secure wallets existing on the market. Here we explained our position about open-source: https://medium.com/@guarda/open-source-and-wallet-security-lets-make-it-.... We'd love you to join the discussion.