Take five for women in tech 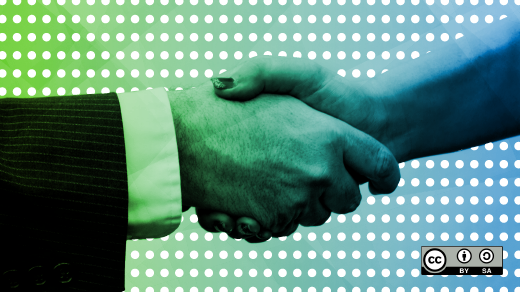 So, for International Women's Day, I followed that line of thinking and asked our writer community to share a woman who has changed their life in tech.

Take a few minutes today to find out what these eight women in tech have accomplished and done to further the success of others. Share your thanks in the comments!

I worked with Connie from 2001 to 2011, as a team of two, sharing an office for eight of those 10 years. She helped me find and develop my passion for building operating systems. She was my mentor, and I wouldn't be the same professionally, or personally without her influence.

The biggest thing she taught me is to find out what the real problem is. If someone comes and says Y is broken, don't just assume that Y is broken. Find out more of the person's expectations, what they were doing, those sort of things. It not only lets the person know you are serious about their problem, but you often find out that X is the real problem, not Y.

Connie has been a huge open source champion the entire time I've known her. Everything she did or wrote was open source. Most of what she did was finding bugs in programs as we built Fermi Linux and

Scientific Linux. All of those fixes she tried to push upstream. She works to try to get more young girls into programming and robotics, too. Not in big ways that you can see nationwide, but in small, local groups.

Connie is one of those people that if you know where to look, you can see her influence all over the place (even at Red Hat), but if you didn't know it was her, you'd never know it.

Not only was she my final interviewer, but she was also the first of many mentors who catalyzed me, and others, to be open, transparent, and collaborative. From day one up till this very day, she exemplifies what she extols, by having the courage to speak up for herself and others and exchanging ideas to do things better, in the face of inertia. She's a great customer success manager now and I have no doubt she will be a successful senior manager in the very near future.

I'm a bald-headed, middle-aged white guy from Minnesota, and Grace Hopper is one of my heroes.

I still remember Grace Hopper's explanation of a nanosecond; she showed a wire a little longer than one foot because light travels about 0.3 meters in a nanosecond. She taught me in that video to look for ways to visualize tech concepts for the public, and I try to do that all the time today when I'm talking about cybersecurity. My other favorite statement is: If it's the right thing to do, then don't ask permission, do it and then ask forgiveness. Sometimes this gets me in trouble, but it mostly helps me fit-in at Red Hat.

Hong has been a mainstay of open source activity in Asia for a decade. She has built bridges between engineers, students, and organizations that have resulted in numerous new initiatives. Hong has been an inspiration to me in navigating challenges of all types with a balanced, positive tone at all times. She epitomizes the aspiration of “be kind” and her exceptional track record shows just how effective this is.

Preethi has been an active contributor to open source for many years and gives amazing talks at All Things Open, GHC, and many other conferences. She introduced me to the world of open source and Linux and has my go-to person whenever I need personal or professional help.

My first job after university was a systems administrator for a small geographics company. We made custom maps. I had a great boss! Gwen helped me through some tough first experiences at work, like the first time I made a mistake on one of our Unix servers. From Gwen, I learned that while it may feel like this the first time anyone has done this (such as when you're facing a mistake or stuck on a problem) others have probably done something similar before. Don't be an island; don't go it alone. Instead, be a peninsula; attach yourself to someone who has been there before, and get their help.

I've moved into management and leadership roles, but I will never forget Gwen as my first boss. Whenever someone on my team made an oops, I repeated the same thing Gwen told me: this has happened to other people, they fixed it, you can fix it too. As I've managed system administrators in my own teams, I hope I've provided the same support she gave me.

Anasuya Sengupta and Siko Bouterse, Cofounders of Whose Knowledge?

When we were coworkers at Wikimedia, Anasuya and Siko asked probing questions I didn't have answers for, like what does digital "freedom" offer to marginalized communities? Does selectively freeing only some people, content, or code deepen inequities for others? What obligations do we have to address those problems? I ask myself those questions all the time now, and it's made me both a better freedom fighter and a better person. They both continue to work on the problem through Whose Knowledge, and we're all in their debt for that.

When Rikki joined the Opensource.com editorial team, she started recruiting me to write for the site. Her persistence and help in getting started convinced me that I could write for audiences larger than my own small blog. This encouragement (and subtle trickery) led directly to my becoming an Opensource.com Community Moderator, an OpenOrg Ambassador, and doing freelance work for a major industry publication.

What to read next
Tags
Diversity and inclusion
Jen Wike Huger