May the fourth be with you: How Star Wars (and Star Trek) inspired real life tech 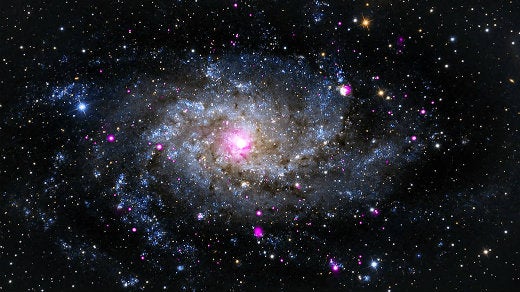 Conventional wisdom says you can either be a fan of Star Trek or of Star Wars, but mixing the two is like mixing matter and anti-matter. I'm not sure that's true, but even if the laws of physics cannot be changed, these two acclaimed sci-fi series have influenced the open source universe and created their own open source multi-verses.

For example, fans have used the original Star Trek as "source code" to create fan-made films, cartoons, and games. One of the more notable fan creations was the web series Star Trek Continues, which faithfully adapted Gene Roddenberry's universe and redistributed it to the world.

"Eventually we realized that there is no more profound way in which people could express what Star Trek has meant to them than by creating their own very personal Star Trek things," Roddenberry said. However, due to copyright restrictions, this "open source" channel has since been curtailed.

Star Wars has a different approach to open sourcing its universe. Jess Paguaga writes on FanSided: "With a variety [of] fan film awards dating back to 2002, the Star Wars brand has always supported and encouraged the creation of short films that help expand the universe of a galaxy far, far away."

But, Star Wars is not without its own copyright prime directives. In one case, a Darth Vader film by a YouTuber called Star Wars Theory has drawn a copyright claim from Disney. The claim does not stop production of the film, but diverts monetary gains from it, reports James Richards on FanSided.

This could be one of the Ferengi Rules of Acquisition, perhaps.

But if you can't watch your favorite fan film, you can still get your Star Wars fix right in the Linux terminal by entering:

And Star Trek fans can also interact with the Federation with the original text-based video game from 1971. While a high-school senior, Mike Mayfield ported the game from punch cards to HP BASIC. If you'd like to go old school and battle Klingons, the source code is available at the Code Project.

Both Star Wars and Star Trek have inspired real-life technologies. Although those technologies were fictional, many have become the practical, open technology we use today. Some of them inspired technologies that are still in development now.

In the early 1970s, Motorola engineer Martin Cooper was trying to beat AT&T at the car-phone game. He says he was watching Captain Kirk use a "communicator" on an episode of Star Trek and had a eureka moment. His team went on to create the first portable cellular 800MHz phone prototype in 90 days.

In Star Wars, scout stormtroopers of the Galactic Empire rode the Aratech 74-Z Speeder Bike, and a real-life counterpart is the Aero-X being developed by California's Aerofex.

Perhaps the most visible Star Wars tech to enter our lives is droids. We first encountered R2-D2 back in the 1970s, but now we have droids vacuuming our carpets and mowing our lawns, from Roombas to the Worx Landroid lawnmower.

And, in Star Wars, Princess Leia appeared to Obi-Wan Kenobi as a hologram, and in Star Trek: Voyager, the ship's chief medical officer was an interactive hologram that could diagnose and treat patients. The technology to bring characters like these to "life" is still a ways off, but there are some interesting open source developments that hint of things to come. OpenHolo, "an open source library containing algorithms and software implementations for holograms in various fields," is one such project.

"She handled… real meat… touched it, and cut it?" —Keiko O'Brien, Star Trek: The Next Generation

In the Star Trek universe, crew members get their meals by simply ordering a replicator to produce whatever food they desire. That could one day become a reality thanks to a concept created by two German students for an open source "meat-printer" they call the Cultivator. It would use bio-printing to produce something that appears to be meat; the user could even select its mineral and fat content. Perhaps with more collaboration and development, the Cultivator could become the replicator in tomorrow's kitchen!

Cosplayers, people from all walks of life who dress as their favorite characters, are the "open source embodiment" of their favorite universes. The 501st Legion is an all-volunteer Star Wars fan organization "formed for the express purpose of bringing together costume enthusiasts under a collective identity within which to operate," according to its charter.

Jon Stallard, a member of Garrison Tyranus, the Central Virginia chapter of the 501st Legion says, "Everybody wanted to be something else when they were a kid, right? Whether it was Neil Armstrong, Batman, or the Six Million Dollar Man. Every backyard playdate was some kind of make-believe. The 501st lets us participate in our fan communities while contributing to the community at large."

Are cosplayers really "open source characters"? Well, that depends. The copyright laws around cosplay and using unique props, costumes, and more are very complex, writes Meredith Filak Rose for Public Knowledge. "We're lucky to be living in a time where fandom generally enjoys a positive relationship with the creators whose work it admires," Rose concludes.

So, it is safe to say that stormtroopers, Ferengi, Vulcans, and Yoda are all here to stay for a long, long time, near, and far, far away.

Live long and prosper, you shall.