Need a primer on cryptography basics, especially regarding OpenSSL? Read on.

This article is the first of two on cryptography basics using OpenSSL, a production-grade library and toolkit popular on Linux and other systems. (To install the most recent version of OpenSSL, see here.) OpenSSL utilities are available at the command line, and programs can call functions from the OpenSSL libraries. The sample program for this article is in C, the source language for the OpenSSL libraries.

The two articles in this series cover—collectively—cryptographic hashes, digital signatures, encryption and decryption, and digital certificates. You can find the code and command-line examples in a ZIP file from my website.

Let’s start with a review of the SSL in the OpenSSL name.

Secure Socket Layer (SSL) is a cryptographic protocol that Netscape released in 1995. This protocol layer can sit atop HTTP, thereby providing the S for secure in HTTPS. The SSL protocol provides various security services, including two that are central in HTTPS:

These two key SSL services, in turn, are tied to others that get less attention. For example, SSL supports message integrity, which assures that a received message is the same as the one sent. This feature is implemented with hash functions, which likewise come with the OpenSSL toolkit.

SSL is versioned (e.g., SSLv2 and SSLv3), and in 1999 Transport Layer Security (TLS) emerged as a similar protocol based upon SSLv3. TLSv1 and SSLv3 are alike, but not enough so to work together. Nonetheless, it is common to refer to SSL/TLS as if they are one and the same protocol. For example, OpenSSL functions often have SSL in the name even when TLS rather than SSL is in play. Furthermore, calling OpenSSL command-line utilities begins with the term openssl.

The documentation for OpenSSL is spotty beyond the man pages, which become unwieldy given how big the OpenSSL toolkit is. Command-line and code examples are one way to bring the main topics into focus together. Let’s start with a familiar example—accessing a web site with HTTPS—and use this example to pick apart the cryptographic pieces of interest.

The client program shown here connects over HTTPS to Google:

This program can be compiled and executed from the command line (note the lowercase L in -lssl and -lcrypto):

This program tries to open a secure connection to the web site www.google.com. As part of the TLS handshake with the Google web server, the client program receives one or more digital certificates, which the program tries (but, on my system, fails) to verify. Nonetheless, the client program goes on to fetch the Google homepage through the secure channel. This program depends on the security artifacts mentioned earlier, although only a digital certificate stands out in the code. The other artifacts remain behind the scenes and are clarified later in detail.

Generally, a client program in C or C++ that opened an HTTP (non-secure) channel would use constructs such as a file descriptor for a network socket, which is an endpoint in a connection between two processes (e.g., the client program and the Google web server). A file descriptor, in turn, is a non-negative integer value that identifies, within a program, any file-like construct that the program opens. Such a program also would use a structure to specify details about the web server’s address.

None of these relatively low-level constructs occurs in the client program, as the OpenSSL library wraps the socket infrastructure and address specification in high-level security constructs. The result is a straightforward API. Here’s a first look at the security details in the example client program.

Why does the attempt to verify a Google certificate fail? A typical OpenSSL installation has the directory /etc/ssl/certs, which includes the ca-certificates.crt file. The directory and the file together contain digital certificates that OpenSSL trusts out of the box and accordingly constitute a truststore. The truststore can be updated as needed, in particular, to include newly trusted certificates and to remove ones no longer trusted.

The hidden security pieces in the client program

A digital certificate contains various pieces of information (e.g., activation and expiration dates, and a domain name for the owner), including the issuer’s identity and digital signature, which is an encrypted cryptographic hash value. A certificate also has an unencrypted hash value that serves as its identifying fingerprint.

A hash value results from mapping an arbitrary number of bits to a fixed-length digest. What the bits represent (an accounting report, a novel, or maybe a digital movie) is irrelevant. For example, the Message Digest version 5 (MD5) hash algorithm maps input bits of whatever length to a 128-bit hash value, whereas the SHA1 (Secure Hash Algorithm version 1) algorithm maps input bits to a 160-bit value. Different input bits result in different—indeed, statistically unique—hash values. The next article goes into further detail and focuses on what makes a hash function cryptographic.

Decrypting the message without Alice’s private key is possible in principle, but infeasible in practice given a sound cryptographic key-pair system such as RSA.

Now, for the second example, consider signing a document to certify its authenticity. The signature algorithm uses a private key from a pair to process a cryptographic hash of the document to be signed:

Assume that Alice digitally signs a contract sent to Bob. Bob then can use Alice’s public key from the key pair to verify the signature:

It is infeasible to forge Alice’s signature without Alice’s private key: hence, it is in Alice’s interest to keep her private key secret.

None of these security pieces, except for digital certificates, is explicit in the client program. The next article fills in the details with examples that use the OpenSSL utilities and library functions.

OpenSSL from the command line

In the meantime, let’s take a look at OpenSSL command-line utilities: in particular, a utility to inspect the certificates from a web server during the TLS handshake. Invoking the OpenSSL utilities begins with the openssl command and then adds a combination of arguments and flags to specify the desired operation.

The output is a list of associated algorithms that make up a cipher suite. Here’s the start of the list, with comments to clarify the acronyms:

The next command, using the argument s_client, opens a secure connection to www.google.com and prints screens full of information about this connection:

The port number 443 is the standard one used by web servers for receiving HTTPS rather than HTTP connections. (For HTTP, the standard port is 80.) The network address www.google.com:443 also occurs in the client program's code. If the attempted connection succeeds, the three digital certificates from Google are displayed together with information about the secure session, the cipher suite in play, and related items. For example, here is a slice of output from near the start, which announces that a certificate chain is forthcoming. The encoding for the certificates is base64:

A major web site such as Google usually sends multiple certificates for authentication.

The output ends with summary information about the TLS session, including specifics on the cipher suite:

The protocol TLS 1.2 is used in the client program, and the Session-ID uniquely identifies the connection between the openssl utility and the Google web server. The Cipher entry can be parsed as follows:

Cipher suites are in continual development. Not so long ago, for example, Google used the RC4 stream cipher (Ron’s Cipher version 4 after Ron Rivest from RSA). RC4 now has known vulnerabilities, which presumably accounts, at least in part, for Google’s switch to AES128.

This first look at OpenSSL, through a secure C web client and various command-line examples, has brought to the fore a handful of topics in need of more clarification. The next article gets into the details, starting with cryptographic hashes and ending with a fuller discussion of how digital certificates address the key distribution challenge.

What to read next
Tags
Security and privacy
Marty Kalin 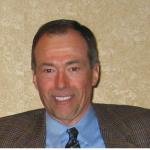