There's a growing demand for embedded operating systems, and it's best when the one you build upon is open source. The RT-Thread project's R&D team has spent two years of research and intensive development to arrive at the project's latest offering: RT-Thread Smart. It is a microkernel operating system aimed primarily at midrange to high-end processors such as RISC-V or Arm Cortex-A that with a memory management unit (MMU) and provides a competitive and POSIX-based software platform for all industries in the embedded space.

RT-Thread Smart splits a system into kernel space and user space by taking advantage of the MMU and system call methods. It then divides the address space for each mode (a 32-bit system provides 4G address space). 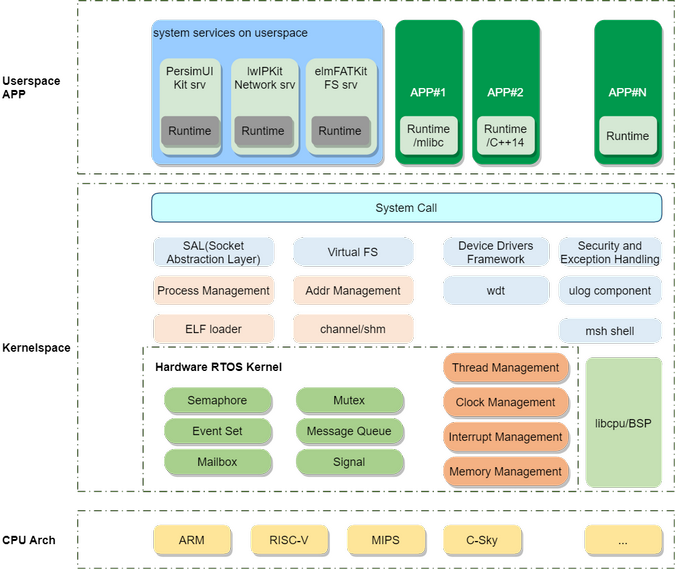 The RT-Thread Smart kernel includes the platform's basic functionality and supports customizations. RT-Thread Smart's userspace application environment uses musl libc to provide POSIX interface calls and C runtime supports. It also inherits the original RT-Thread ecosystem, using SCons or other build tools such as Autotools, Makefiles, CMake, and so on to support development, as well as RT-Thread's out-of-the-box online software packages (over 342 at the time of this writing). You can even port Linux applications, such as wget/cURL, BusyBox, OpenSSL, and Simple DirectMedia Layer, to your platform.

The compressed RT-Thread Smart kernel is just 217KB, with a root filesystem of 127KB. Typical memory usage is about 2MB.

Including full support for filesystems, network protocol stacks, and multimedia, it takes only three to five seconds for RT-Thread to finish its startup process. Without running or loading complex user applications, RT-Thread Smart requires less than 500ms to start and be ready.

With its integrated Persimmon user interface (UI) component, the time it takes from power-on to a running UI is about one second. In other words, this is a seriously tiny and fast system. Of course, "real time" isn't about startup but how the system performs consistently over time. For RT-Thread, real-time performance is a priority, and the interrupt latency is less than 1 μs, which meets most application cases with the strictest real-time requirements.

RT-Thread RTOS is very compact. All applications and subsystems are compiled into the image, and multi-thread applications run and share the same address space.

RT-Thread Smart is independent. Systems and applications are separately compiled and executed. Applications have a full address space and are kept isolated from each other. It also inherits all the great real-time features of RT-Thread and features a POSIX environment.

Similarly, they're both compatible with the RT-Thread API, so applications on RT-Thread RTOS can be smoothly ported to RT-Thread Smart.

RT-Thread Smart is an open source project, with its code available on GitHub. You can download the code and its documentation, give it a try, submit comments and feedback, and help spread it to more open source advocates. Embedded systems should belong to their users, and there are too many embedded developers out there who don't realize what's available.

If you're a developer, help hack on RT-Thread Smart! As the RT-Thread project continues to advance, we aim to make the exciting worlds of IoT and edge computing open source.

The AT device package for controlling wireless modems is one of RTOS's most popular extensions.

Why choose open source for your home automation project 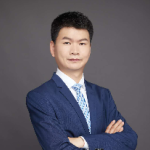 Has more than 10 years of RTOS programming experience and is committed to researching and developing cutting-edge technology.
More about me