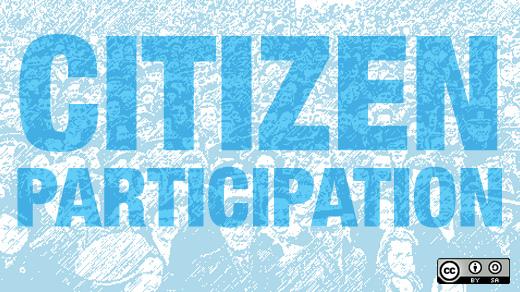 Personal Democracy Forum‘s TechPresident recently published a post on the drawbacks of "civic hackathons" – weekends where, generally, developers and designers set out to solve city problems through coding and rapid prototyping in the course of 48 hours or less. This post, from TechPresident Associate Editor Nick Judd, was followed up by a very well-written article from Alex Howard of O’Reilly Radar highlighting the importance of realizing sustainability, community, and civic value beyond a single weekend of hacking and prototyping civic solutions.

Here at GAFFTA, after organizing community hackathons for several years around civic and technological issues, we faced many of the same issues experienced with the hackathon model worldwide – it was difficult to make the incredible energy, momentum, ideas, and teams last for long beyond the initial weekend of hacking and creating. When we envisioned Summer of Smart - an initiative of three hackathons, two mayoral forums, an unconference, and an event series around tech-based civic engagement – hackathon organizers we spoke with from around the country were essentially headed back to the drawing board for how to leverage the tech community’s skills and passion to rapidly address social issues. We knew we would have to try something completely different than we had done in the past – effectively, an experiment – to push the boundaries of what a hackthon can be and create.

Here are four things we decided to do differently, and the underlying principles that drove those decisions:

Invite everyone. (Hackathons should be diverse and inclusive.)

Our first decision was to completely open up our summer series of events as the first-ever “hackathons for everyone”. We even strayed from calling them “hackthons”, choosing “Urban Innovation Weekends” instead to make a wider audience feel welcome. The result was that we’ve ended up with only about 30-50% developers and designers, and the rest an incredibly diverse group of city officials, artists, architects, journalists, roboticists, scientists, videographers, urban farmers, community organizers, MPH’s, MBA’s, and more which complement technical skill sets with invaluable hands-on experience in various fields. We’ve found that the best solutions arise from multidisciplinary teams where new ideas abound and where user research is effectively embedded into the fabric of each project from the start. A quick show of hands at our first event suggested that at least half of the participants had never been to a hackathon before - and this form of innovation should be open and accessible to anyone and everyone. (See our post Who Comes to a Hackathon for Everyone for more details.)

Don’t go it alone. (Hackathons should build, and be built by, lasting partnerships.)

From Day One, we focused on engaging as many relevant organizations as possible, doing far more outreach and collaboration than any of our past hackathons. The final list represents incredible organizations at the intersection of government, technology, social change, media, community engagement, and more, and includes the likes of Code for America, Change.org, GovFresh, SPUR, and many others.

Additionally, one of our goals was to bring the hackathon mentality directly to government – and we’ve had incredible engagement throughout the summer. We’ve had direct participation from SF Dept. of Technology, Mayor’s Office of Economic and Workforce Development, SF Environment, SF MTA, Dept. of Public Works, Dept. of Public Health, Office of the City Administrator, and more. Several of these departments are partnering with hackathon teams on an ongoing basis to further realize their projects.

California Lt. Governor and former SF Mayor Gavin Newsom stopped by, and we’ve had the benefit of engaging with the current SF mayoral race directly, with several candidates coming in to talk directly with project teams as they worked. This level of participation has grounded all the participants in the real civic value of their work, and has been reinforced by the enthusiasm of the candidates (leading one to call for regular civic hackathons if elected).

We have seen dozens of apps contents and hackathons where it’s assumed that a few thousand dollars of incentive as a prize will help seed the projects and produce innovation. But as many have found, this model simply isn’t effective – and there is a clear reason why: civic hackers are driven not by money, but by the potential of their work to create civic and social change. (At our first weekend, we actually had to convince the crowd that any prizes should be offered at all, because they were so inspired by each others’ work!) This is why we decided to offer a slew of non-cash prizes instead that focus on project sustainability:

These prizes are designed to highlight not just what was accomplished in a weekend, but to press forward with realistic steps to create lasting projects. Which highlights our last decision…

Plan for the future. (Hackathons should create sustainable, impactful projects.)

Hackathons should envision a timeline of two years, not two days. TechPresident’s post put it this way: "…in order for those great ideas to emerge, hackathons must be the beginning of a partnership, not the end." It is crucial to create an environment where teams understand that while the best innovation happens with a rapid timeline, real impact happens over a longer timeframe. We aimed to do this through the points highlighted above – diversity, partnerships, broader city participation, and prizes built for sustainability – and by consistently instilling the belief that .

In addition, the details of our Research Program at GAFFTA actually emerged directly from the desire to harness hackathon-inspired energy over a longer time period. There are plenty of start-up incubators in major cities, but far fewer (if any) nonprofit incubators for creative community- and civic-oriented projects. By offering teams ongoing support, organizational connections and partnerships, nonprofit fiscal sponsorship and fundraising assistance, collective workspace, and small stipends, we hope to become a haven for multidisciplinary teams to contribute through this new form of direct civic engagement.

As we reflect on the 23 incredible projects created and consider how to apply the lessons and model of Summer of Smart elsewhere, my personal dream has become to have President Obama attend a hackathon in the next year. Only by speaking directly with diverse, grassroots teams at the forefront of civic innovation will government be able to truly understand what is possible in 48 hours – and how that indescribable energy and passion of a hackathon weekend can be leveraged over a longer timeframe to create real change across America.

This article was originally published on summerofsmart.org and is reposted with permission.

Jake Levitas - Jake Levitas (@CivicInnovation) is Research Director at Gray Area Foundation for the Arts, the leading organization in the San Francisco Bay Area dedicated to the intersection of art, technology, and society. He has led and worked on a number of creative technology projects, and currently serves as Project Director of TenderVoice, an interactive audio map of community resources in San Francisco’s Tenderloin district. His multidisciplinary background includes several years of experience in urban...
More about me