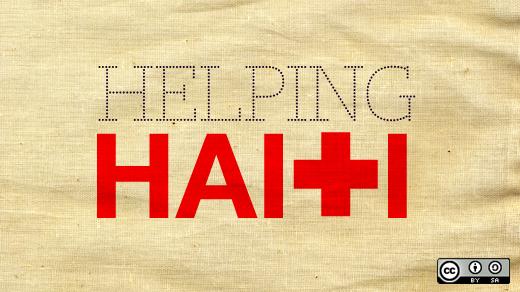 Ushahidi means "testimony" in Swahili. Ushahidi.com was originally created by citizen journalists to map violence and peace efforts in Kenya after the 2008 elections. The Ushahidi Engine is a mashup of user-generated reports with Google Maps. It is now used around the world from its roots in Kenya to Atlanta, GA to India.

Now haiti.ushahidi.com is being used to track the status of the earthquake aftermath in Haiti. The map shows the situation in several categories:

Cell tower availability is spotty, but people in Haiti can text 4636 (International:447624802524) on Digicel with their location and reports of emergencies or missing persons.

The Haiti Ushahidi site has aggregated a list of ways to help. The greater Ushahidi project also needs help--they're still looking for developers. Learn how to join the project if you'd like to get involved. 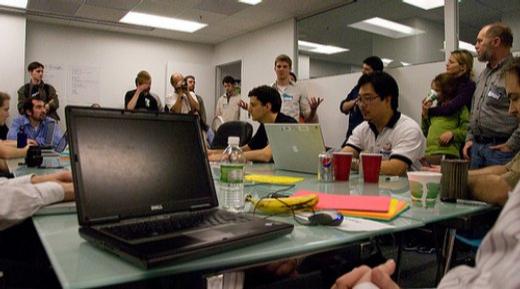 CrisisCommons describes itself as "an international network of professionals drawn together by a call to service. [They] create the technological tools and resources for responders to use in mitigating disasters and crises around the world." Everything CrisisCommons creates is open source.

CrisisCommons::Haiti is one of its sub-projects working to help Haiti by organizing developers, volunteers, agencies, and responders. On Jan. 16, more than 200 volunteers gathered in Washington, DC, in addition to groups in Silicon Valley, Los Angeles, Brooklyn, London, and Boulder/Denver through CrisisCommons. These groups called CrisisCamps collaborated on technology projects for Haiti relief efforts--mapping, data, technical help for other agencies, etc. Read more about CrisisCamp.

Here's <a href='http://ow.ly/105Sm'>an animation</a> of the work that OpenStreetMap volunteers (through CrisisCommons and elsewhere) have done, making maps available to responders. You'll see the map of Port au Prince explode in detail about halfway through the video.

Thousands and thousands of individuals are homeless, missing or worse. And so they require your assist. You will find several methods to donate cash, such as via the Every day Information Charities Inc.

Right here is a listing of organizations which have been extremely rated by the American <a href="http://www.halloweencostumesbest.com/avatar-costumes">Avatar Costumes</a> Institute of Philanthropy via which you'll help individuals in require in Haiti:

Thanks for writing about this important movement.
Out Montreal meeting is Jan 30th, 2010 @3pm

I guess it is because you are promoting "opensource" and not freedom that you mention googlemaps and not openstreetmap first.
shame on you!
mike

I'd personally like to learn more about open street maps. Sounds like a good idea for a new article in the Life channel.

Project started in 2004 with the idea: You map your neighborhood; I'll map mine; soon we'll have a map of everything.

The beginners' guide is here
http://wiki.openstreetmap.org/wiki/Beginners%27_Guide

The project goal is to provide free geodata to any who want it so they can do interesting and creative things with it.

Over 200,000 contributors have joined the project. Folks are mapping their neighborhood all over the World.

Since the earthquake, hundreds of OSM citizen cartographers have created the most complete map of Haiti anywhere through thousands of editing sessions. The OSM map of Haiti is being used on the ground by rescue workers and includes spontaneous evacuation camps, blocked roads and land slides, fallen bridges and buildings.

It's probably also useful to point out that not only does OpenSteetMaps provide up to date on line mapping of the Haiti region http://www.openstreetmap.org/?lat=18.83&lon=-73.04&zoom=8&layers=B000FTF, but regularly updated PDF maps, PNG's shapefiles, and files for loading into Garmin GPS recievers are also available from the sources listed at http://wiki.openstreetmap.org/wiki/WikiProject_Haiti/Earthquake_map_resources

Hi Ruth, thank you for your post. I thought I would also add note about our project: the Sahana Disaster Management System.

We're currently running the Haiti 2010 Disaster Management Portal, which provides several additional functions to support the work by these two groups. For example, we have the ability for each agency to take responsibility for each of the requests that come through Ushahidi.

I warmly welcome you to take a look at the portal: http://haiti.sahanafoundation.org/

While Ushahidi used Google Maps in the beginning, it wasn't long before they switched over to Open Street Map...

Sternet provides a page for localizing people in Haiti
http://helpboard.sternet.com.mx

Hi Ruth, thank you for writing about this important movement. All the best, <a href="http://ipvoip.org/" target="_blank">Martin</a>