Last month, as the mainstream press reported on the worsening environmental and economic crisis that is the British Petroleum spill in the Gulf Coast, I and a small group of DIY mappers flew down to New Orleans to coordinate a grassroots, citizen effort to map the spill. Instead of helicopters and satellites, we deployed a new generation of low-cost tools, including weather balloons and kites with cameras attached.

Since arriving, we've managed to mobilize small teams of Gulf Coast residents, working with local nonprofit Louisiana Bucket Brigade. Thanks to the fishermen and charter boat captains whose livelihood is at stake, we've been able to get teams out on boats almost every day. Taken from balloons at as high as 1500 feet, our photography is of higher resolution and greater coverage than much of what the press has, and we're now coordinating a nationwide effort to stitch the imagery into map overlays, which will be viewable in Google Earth as well as more traditional GIS tools. Most importantly, the data we are collecting is released into the public domain and is available for free here.

Our efforts at building an independent data set of spill imagery is sure to be important for any potential litigation and the decades of environmental remediation and recovery that are ahead. For this reason, we've spent time mapping coastal areas such as Fourchon which have not yet been hit by oil (but likely will be by today). This before-and-after data will help to quantify the destruction. The image resolution we're working with -- often good enough to see individual animals and plants -- can provide specific evidence of the losses to the local ecology.

We need support to keep a supply of helium, and to pay for gas, kites, cameras, and protective gear for our volunteers. We've already captured a great deal of amazing imagery which is available online.

Check out our Kickstarter page where we're spearheading the fund raising effort:

What to read next
Tags
GIS and maps
Jeffrey Yoo Warren 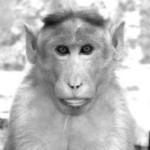 The creator of GrassrootsMapping.org, Jeff designs mapping tools, visual programming environments, and flies kites as a fellow in the Center for Future Civic Media, and as a student at the MIT Media Lab’s Design Ecology group, where he created the vector-mapping framework Cartagen (cartagen.org).
More about me