Telecomix, Anonymous, anarchy, and getting things done through the do-ocracy | Opensource.com

Telecomix, Anonymous, anarchy, and getting things done through the do-ocracy 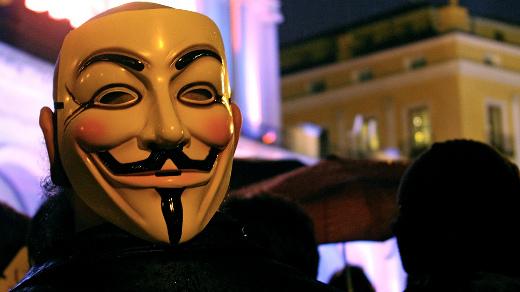 Meet Pete Fein. To introduce himself, he'd tell you he programs Python, rides bikes, does yoga, and wears pants. He also acts as a liaison with Anonymous, but does not himself work on DDoS attacks or crack websites and passwords. Fein gave the opening keynote to Open Source Bridge, "Hacking for Freedom," which in reality had very little to do with hacking and very much to do with what he calls a "doocracy."

You can read the first portion of that keynote on his blog. In it, he explains Telecomix, which he describes as "yin to Anonymous' yang," and "builders, not breakers." But what they have in common with one another is that they're both leaderless and passionate about freedom. They believe in this concept of the doocracy, which means an organization in which "you just get things done."

He also describes what Telecomix, which he is an agent for, did during the revolution following the Mubarak regime's blackout in Egypt. While the Internet was still up, they built mirrors and proxies and used IRC as a manual relay to Twitter for Egyptians who couldn't do so. When it went down, they worked with ISPs to set up hundreds of dialup modem lines. They established radio communications and sent communications and medical information to fax machines and set up reverse faxes to get information out of the country.

They've reused much of this work in Libya, Yemen, other countries, and even at the recent protests in Wisconsin.

"This is an exciting time to be a person who can use a computer. The cause of freedom calls all of us," Fein said. "We have the power to make a real difference in the world--to help people achieve what they want for themselves. It's been a long winter for freedom in the Middle East and parts of the rest of the world, but we're starting to see signs of spring."

The importance of the Internet for communication

Fein went on to explain that the most critical issue is simply the ability to communicate what you believe in. If there's someone who's a fan of Gaddafi, Fein said they'd help that person too, because what Telecomix is about is facilitating communication, based on the belief that communication and the ability to share ideas are the vital foundation of an effective democracy. Voting and giving money don't matter unless you can talk to each other.

We've seen for some time the importance of the Internet for communication, but the last 6-8 months have shown just how dramatically important it is for freedom and communication and what happens when the Internet under attack.

"This fight is important because the net has eaten all the other forms of communication," Fein said. "It's eaten CDs, television, books. It's largely eaten newspapers." Historically, new communication technology has always been seen as threatening to people in positions of power, who tend to reply with restriction, from royal monopolies on printing to outlawing of amateur radio.

Fein described what Anonymous has been doing as "pushing back against what we perceive to be the loss of the ability to communicate." Anonymous and related groups have moved with spectacular speed and changed quickly over the last few months. "How did we get from people protesting against Scientology to the same group hacking sites, defacing sites, and now LulzSec?" Fein asked. In just weeks, LulzSec acquired 200,000 Twitter followers and conducted attacks that range from compromising Sony user accounts and a DDoS against the CIA to attacking magnets.com because they couldn't get an answer to how magnets work.

This speed and passion has led to a movement called AntiSec, which encourages crackers to break into government and baking systems, steal, and publish classified and private information. "What's happened here? In just the last six months?!" Fein asked incredulously of this battle pitting the Internet--in the form of these groups--against the world's governments.

"I talk about these phenomenon as being anarchic processes in a way," he continued. "That's a big word to throw around." But for Fein, it's not about overthrowing governments. It's about doing things that are important to you outside of a traditional structure in which you wait for someone to tell you what to do.

He described the successful efforts of Telecomix and other groups as "disorganization," although I think de-organization might be more accurate. It's the system where everybody is a volunteer and working on a project because they want to be there. But in a system where nobody tells people what to do, how do you accomplish anything constructively and productively? Fein offered three answers:

Open source fits into this model as a prime example of a do-ocracy. Contributors just want to help, and they want to see results, not complex organizations that tell them what to do. Open groups recognize that those structures don't matter--what you get done does.

The protesters around the world that Fein used in his examples function like an offline, rapidly prototyping, open source community. In Tahrir Square, not only did they get people out to protest, but they set up a medical tent and a barber shop. They set up a stage where for the first time in 50 years, people could stand up and say what they thought. In Spain, people occupying the square in Barcelona have started gardens at the protest site. That's all do-ocracies in action.

Nowhere in the do-ocracy is participation or fighting for freedom defined as writing a check, which Fein called "bumper sticker culture." Sweden is dealing with copyright and other IP issues, just like the US and many other countries. Out of this struggle came Piratbyrån, which describes itself as a conversation or think tank advocating for file sharing and for piracy. Hundreds of people marched for Piratbyrån, protesting for what they believed to be their future: "Warez the future." Beyond that, though, they also demanded 100 Mbit Internet access in their homes with the slogan, "Social welfare begins at 100 Mbit." They also built the now well-known Pirate Bay to show the people in Sweden why sharing is relevant and what a free and open Internet could do. As a result, they won--for $30/month in every major city, there is now bidirectional 100 Mbit connection available to every house. "What does that kind of connectivity make possible?," Fein asked. Their continued success includes two members of the Pirate Party now sitting in the parliament.

"I think the moral of this allegory is that direct action gets the goods," Fein said. "By going out and just doing, by putting our hands, skills, voices, and feet to work directly in service of whatever that goal is, works better. Better than writing a check."

Fein called for everyone to do more than just post stories on blogs or Twitter, but to go outside and get your message out, whatever it is. To advocate for what you believe is right to people who aren't listening.

"What can you do? You can protest. Ride a bike. Pack code. Grow food. Call your mom. I don't care, but do something," he said. "Don't give up. It's hard. But if you join the do-ocracy, what can you do?"

Brilliantly put and reminds me of the Ghandi saying:

"BE the change you wish to see"

Nice write up of an outstanding keynote. Direct action is better than writing a check. :-)

Did you ever wonder what the government Internet snoops look like...those prurient wanderers down the halls of other people's lives. (I say prurient, because harassment is the closest these inadequate wretches ever come to intimacy.) This is disturbed! Outwardly, I am sure they are appear to be quite ordinary! They may even be friendly. It is their omnipotent POWER granted by the omnipresent government that gives them that frightening demonic beady-eyed look!!!