The 2012 Developer Conference (held at Masaryk University in Brno, Czech Republic) included talks on numerous topics and had several side events in smaller rooms. Most of them were practical workshops focused on a certain technology or project. Aslak Knutsen had two of them--the first one focused on Arquillian SPI and the second on development of Java EE applications.

Several people mentioned that they would love to see workshops focused on particular frameworks. Because these preferences vary so widely, we couldn’t just pick one. So folks decided to create a track of framework wars, where they showed ways to use and deploy an app with Django, Sintra, or Ruby on Rails.

Pavel Tišnovský followed this multiple-choice approach with an Eclipse IDE workshop that explained how to use Eclipse not only for Java, but also for C and Python. Tišnovský also demonstrated how to use the extended debugging techniques included in Eclipse.

Tomáš Raděj and Stano Ochotnický’s presentation offered suggestions on how to survive Fedora Package Review using the fedora-review tool--an interesting talk for anyone who plans to submit a package to Fedora.

Collabora’s Tomeu Vizoso, developer of Python GObjet introspection, showed examples of how to use Python and GTK+. Another Fedora developer, Dan Horák, explained how to start working with ARM and how to bootstrap and compile on ARM in Fedora.

Hackfests were organized by various upstream groups.  The GTK+ hackfest brought people from various companies including Red Hat, Intel, Canonical, and Collabora to talk about and hack on GTK+ issues. In another effort, members of the documentation team hailing from all around the world were able to significantly push forward the documentation for GNOME 3.4 during their GNOME docs sprint.

KDE organized the Fedora Activity Day for their Fedora SIG (special interest group) members. The results of a day spent hacking together are a part of the touch interface Plasma Active to Fedora and better integration with LightDM. 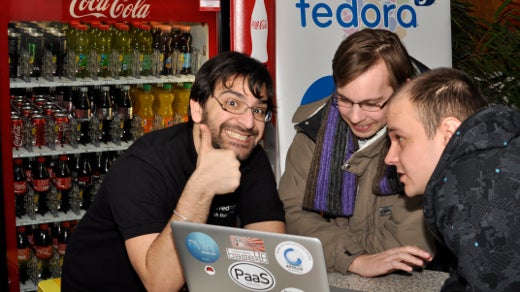 The developer conference was not just talks and workshops. We had two social events, an after-party on Friday evening and a session of free movies on Saturday. Sirko Kemter was the curator of the movie night, showing several open source movies created by open source tools and distributed under free licenses. If you want to know more about what movies we watched, the full list is available on Sirkos's blog.

What to read next
Tags
Linux
Radek Vokál 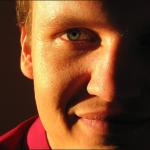