Want to understand open source? Live with its developers 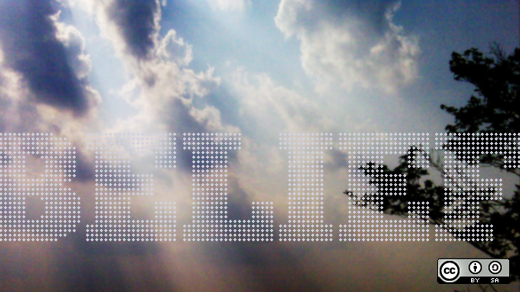 Let's say you want to understand what makes free and open source software (FOSS) so vital today—and what makes those who write it so committed to their difficult work. How would you do this? You might crack a few books on the cultural history of coding, like Levy's Hackers or Markoff's What the Dormouse Said, both pivotal explorations of the values that seem to guide open source programming (what we might call "the hacker ethic"). You might pore over the seminal tracts that give voice to these values—Raymond's The Cathedral and the Bazaar or Stallman's GNU Manifesto, perhaps. You might even peruse key documents from the projects themselves—maybe the Debian Social Contract or the Fedora Licensing Guidelines.

But do all this and you still won't have a sense of how FOSS is lived—how these software projects sustain themselves every day as dynamic and lively communities guided by a complex and nuanced ethic. Gabriella Coleman, an anthropologist at McGill University, recognizes that this kind of detached reading can only provide a superficial understanding of what makes FOSS tick. So she spent three years living and working with FOSS programmers—or hackers, as they prefer to be called. Coleman documents her experiences in Coding Freedom, a new book that explores the values motivating FOSS development and illuminates ways in which FOSS challenges (and in some cases radically reconfigures) many of our assumptions about speech, property, labor, organizing, and governance.

The book actually performs two crucial functions. First, it illustrates what FOSS developers can learn about themselves, their practices, their projects, and their histories by permitting an anthropologist to live with and study them. But Coding Freedom also demonstrates what these projects—understood anthropologically—can teach us about the ways we live, work, and play.

Coleman offers to hackers an analysis of the free software movement's philosophical roots in political liberalism (the work of free software coders and activists, specifically those of the Debian project, with whom she worked most closely, are of particular interest to Coleman). She investigates "the incomplete, sometimes fraught, but nonetheless noticeable relationship between hacking and liberalism, and the transformations and tensions evident within the liberal tradition and computer hacking" that animate everyday life as a free software developer. The conversation here is admittedly at its most academic (be sure to brush up on your Locke and Mill before proceeding), but Coleman's explanation of FOSS's indebtedness to liberal ideals (the importance of private property, individual autonomy, freedom of expression, and so on) is crucial for demonstrating how hackers in some cases subvert or reimagine these seemingly unshakable pillars of democratic life through their pursuit of better code (more on that in a bit).

Living with hackers, Coleman discovered an unlikely source of such subversion: hacker humor. She learned quickly that hackers like to joke, but her sustained attention to hacker puns, ribs, and allusions revealed that hacker humor functions as a quintessential expression of hacker identity. Coleman writes that hackers' abiding love for cleverness, ingenuity, and wit is reflected in their approach to both humor and technologies: because they pride themselves on deftly identifying and manipulating form, hackers love jokes and code that seem to rearrange the world to surmount its limits. This is how, as Coleman notes, the "craft" of hackers is so closely tied to the "craftiness" of hackers.

It's also how hackers express their "intimate understanding of technology's capabilities and constraints" while positioning themselves "to redirect [technology] to some new, largely unforeseen plane." This is what the world can learn from hackers: structures are meant to be questioned, probed, and manipulated. Coleman describes with rich detail several instances in which the hacker penchant for playing with form can alter certain aspects of the world. At the top of her list, however, is copyright. Coleman suggests that "one of the most significant, although unintended, political consequences of F/OSS technical production" is "the way it worked to fundamentally reconfigure the politics of intellectual property law." Hackers approach the law as they approach any complex but logical system of interdependent statements: as something that can be retooled. The GNU Public License is, for instance, one monumental legal hack that utilizes copyright itself to free works from the traditional bounds of copyright.

Coleman can't seem to stress enough the clever ways hackers dismantle copyright law and put it back together (she uses the technical term from cultural studies here to discuss the ways hackers "rearticulate" copyright). But the implications of these rearticulations run deep; they reveal tensions at the heart of liberalism itself. This is why understanding the hacker expression of liberal ideals is so critical for Coleman: in the past decade, she says, FOSS programmers have been instrumental in changing the way we think about the status of code. By repeatedly insisting that free software should be "free as in speech, not as in beer," FOSS advocates attempt to make software a matter of expression, not property. Without a doubt, freedom of speech and the importance of private property are among liberalism's most cherished tenets, but in the case of intellectual property these tenets are in tension with one another. Because it draws attention to the fact that code needn't necessarily function like all other private property, the work (the coding, the talk, the campaigning) of FOSS hackers has been nothing short of revolutionary, Coleman says—and she documents all the details from the trenches.

Coding Freedom has something for everyone: Academics will appreciate its methodological rigor and the creative ways it puts social theorists, activists, and programmers in conversation with one another. Free software developers will experience that profound (and educational) sense of reorientation that occurs when one sees one's own culture reflected through the eyes of an outsider (bonus: the outsider is an anthropologist who's trained in the art of defamiliarizing everyday life). FOSS project leaders will find Coleman's commentary on the productive role of crisis in FOSS communities particularly compelling (not to mention useful). Curious programmers will delight in the detailed accounts of the Debian contributor initiation process. And anyone intrigued by the open source and free software movements can scarcely find a nicer primer on their histories.

But thanks to Coleman, everyone will learn that open source is not merely a technical matter but a valuable ethic—a way of approaching, inhabiting, and recreating the world.