What excites me about ZWheelz is the potential to improve our education system, environment, energy independence, and economy—all with what I like to call, one "EZ" project.

It all began when I built a plane from a kit, then saw the documentary, Who Killed The Electric Car?, and decided to build an electric car. Turns out, it functioned really well, and I began wondering: "Why aren't there more electric vehicles on the road?"

As I continued to refine the idea for an electric-kit-car, it was helpful that many of today’s CNC (Computer Numerically Controlled) machines and 3D printers are based on open source designs, making it possible to email files and make products locally. And with desktop versions, it’s possible to do inexpensive rapid prototyping using scale models using the same CAD (Computer Aided Design) model. So, for the car frame, I plan to cut fiberglass/honeycomb sheets with a CNC and stack them together forming interlocking 3D shapes. This will be strong, light, easy to manufacture and assemble, and non-conductive and non-corrosive. I have all the CAD files, parts, materials, tools, and machines available online and will continue to publish everything about it. (Read more about my process at the ZWheelz Indiegogo campaign page.)

As a parallel process, my next goal is to create very accurate, functional, one-fourth scale model kits to be made available as part of a STEM program in education; spanning middle school to high school to college and on to the private sector. Even kids can learn CAD using inexpensive desktop CNC machines and 3D printers. Plus, kids have vast imaginations; let's tap into that with this rapid prototyping process. Then, their ideas could be passed up to high school students for scrutiny and improvement, building full-size street-legal versions in shop class. Next, the vehicles could move on to college students who refine the designs further. Finally, local, small businesses, or others in private industry, could build, sell, and maintain the electric vehicle.

There should be options:

These education + small business models could be used around the world to improve education, the environment, and economies. Foreign oil costs the U.S. on the order of $1.5T/year in direct and military costs. A large portion of our military costs (which are about one-fifth of our total spending) are to maintain stability in the middle east and north Africa, and to protect oil routes like the Straight of Hormuz. That is a strategic "choke point" where we have stationed an aircraft carrier for the past 30 years at a cost of $7T. (For a great reference on the impact of oil on our economy, read more in Reinventing Fire.) Point is, electric vehicles stop the flow of money out of our local and national economies, and to sometimes unfriendly countries. Plus, there are indirect costs to us, like health, the environment, and other factors that effect our quality of life.

Because electric vehicle motors, controllers, chargers, and batteries are off-the-shelf and modular, an open source vehicle design would turn the automotive world upside down; producing cars that are cheaper to buy and operate, easier to maintain and upgrade, that could be customized to an unlimited extent, and that would last much longer. The motors are typically cylindrical with a rotating shaft—much simpler to swap out different sizes and manufacturers than internal combution engines. The connections are very simple—a positive and negative for DC motors or three phase connections for AC motors. Batteries are also modular and swappable in that regardless of the battery chemistry and format, every battery has a single positive and negative connection. Not to mention, electric vehicles get better with age each time the batteries are replaced, because with each generation of battery technology they get cheaper and lighter and have higher energy densitites. No more throw away cars and no more proprietary interfaces and designs.

Additionally, one common misconception is the idea that electric vehicles "push pollution to power plants", but the truth is that it takes more electricity to refine gasoline than it does to charge an electric car. Also, there is a surplus of electricity on our grid that we 'throw out' every night when we could be charging electric cars. Electric vehicles can also act as portable power stations to provide eletricity to homes for days or weeks. There is a $20M program underway that plans to use electric vehicles to power the an entire army base.

After researching, designing, and building electric cars for several years, I’m convinced of the many benefits the wider use of electric vehicles would have on society and future generations. And they are fun, have lots of torque, and are smooth, quiet, clean and simple!

What to read next
Gary Krysztopik 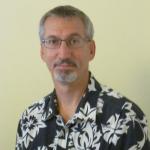 I have a BSEE from UCONN and I worked at a Navy Science lab until leaving to work on alternative energy. I saw the documentary "Who Killed The Electric Car" and within that year designed and built my first electric car. I continued converting cars for others and I am now focusing my efforts on open source electric kit cars.
More about me