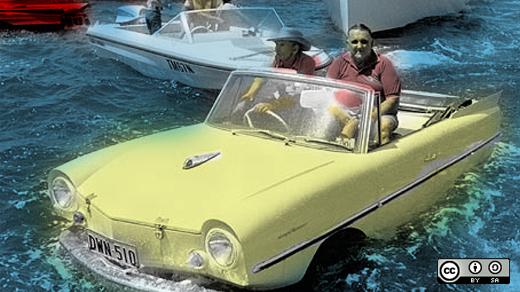 April Fools' Day is not a national holiday, so no, you don't get to stay at home and play with your Raspberry Pi or read Hacker News all day. But, you do get to the opportunity to join a community of pranksters around the globe who will invariably succeed in some knee-slapping, good humor.

According to Wikipedia, the earliest recorded association to jokes played on others on April 1 can be found in The Canterbury Tales, by Geoffrey Chaucer (which is now in the Public Domain)—written in 1392. How do you think pranks and jokes have been passed down through the ages or years and changed over time?

Is there a prank your family or friends play every year? Is there a common one in your country?

What April Fools' Day pranks have you succeeded in? Which have you never tried?

Part of the open source philosophy is sharing and modification as well as community and participating. So, we wonder, in what ways does coming together as a community and sharing in humor contribute to a more open world?

I thought about the questions all day, but I nor my family, have a common April Fools day joke. Neither does the country I live.

With regards to community and participation, and how this could contribute to a more open world:

Using humor in your community, and in this case April Fools day, can help strengthen your community. Ease up on seriousness, share some fun, share a common ground. This is ground for strengthening the bond between community members which in it's turn reflects not only in the community itself but also outwards. Into the world, making it a more open world.

So personally, I'd say grab the opportunity of April Fools day within your open source community/project. Share a joke, and strengthen your community and the open source way.

It's pity that in my country, Finland, April Fools day is actually a national holiday this year because it coincides with the second Easter day. No workplace pranks this year.

I run the print system for a large site (~1000 printers). A few years ago, I made it so that after every print job on that April 1st, the display on the HP printers would show a humorous and (to users) sometimes confusing text, selected randomly from a pool of short quotes and Internet memes and so on.

Examples included "All your base are belong to us", "Om nom nom nom!", "MORE COWBELL!", "I printed you a document but I eated it", etc...

I got feedback from a few concerned users ("virus?!"), but it did no real harm, and most people had a laugh.