Linux computer program brings a smile where it's least expected 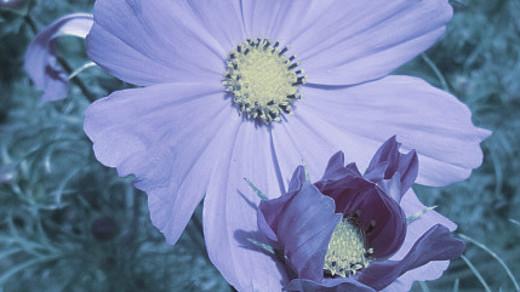 Reglue is an organization that has been placing Linux computers in the homes of financially disadvantaged kids since 2005. The program started in central Texas and we'd love to see it grow, so if you have interest after reading this article about how we did it, contact me via email.

Using Linux as the operating system has not been a matter of religion or partisanship. Not even a matter of personal choice. It's a matter of pragmatic necessity. To give you a better picture of why, here's the story of Ricky.

In short: We installed a computer for a financially-disadvantaged kid. We taught that kid how to use the computer. That kid was supremely happy with his new Linux computer. We left. The end.

First, we started with Windows XP, then we moved to nothing but Linux because Microsoft refused to sell us licenses that were cheap enough to make our organization viable. Also, in less than a week of uses Windows, we were flooded with calls from parents complaining about viruses and malware. At that time, we were placing six computers in homes per week, so the complaints were a logistics nightmare for us.

At this point, I believe Reglue has a responsibility to install Linux on these computers. Why? My closing keynote at this year's Ohio Linux Fest was about a brother and sister who each received a Reglue laptop. The sister, Brandy, is now in her second year of graduate studies, working on a Master's degree in Biomedical Engineering. She wants to create the next level of prothstetics for veterans who have lost limbs, like her father. Much of the software used in her coursework is Linux-based, and so she has entered that environment with an advantage to her peers. Linux was already her main operating system because of Reglue. And, her brother Richie is in his third year at Texas University San Marcos, earning a Bachelor's degree in Computer Science and Technology.

At Reglue, we strive to create computer users, not task-set mouse clickers. Free and open source software (FOSS) presents us with the resources of a technical userbase that is not equalled by any profession in the world. Deploying FOSS allows volunteers like Randy Noseworthy and Alan Dacey to share resources that participants of Reglue do not normally have access to. Randy has volunteered hundreds of hours, helping us modify the latest Linux Mint LTS to meet our needs. And, he has built our custom system by creating an International Standard of Organization (ISO) that contains an extra two gigs of educational and game software.

The Indy game company 2D Boy donated a Lazarus license to us for their award winning puzzle game, World of Goo. And, sometime during their 12.04 software update, the .deb file for World of Goo started giving us failed dependency errors. I had a tar.gz file that could be installed in the user folder, so I took the path of least resistance and used that local folder to create a shortcut in the menu. But then, even the local folder installation was failing. Randy and I scratched our heads over it a bit, then I emailed Kyle Gabler, one of the two game authors and owners of 2D Boy. The person who had created the Linux version of World of Goo was no longer with the company, so I approached my Google+ circles to see if anyone there could help us out. Alan Dacey responded immediately, and within a day had written a script that fixed the problem and allowed the game to be installed via the .deb file.

The power of open source communities! In a closed or proprietary environment, this could not and would not have happened. I continue to be amazed by the power of what sharing Linux can do for people and families. One of them is Ricky.

He is a 10 year old autistic boy with Childhood Disintegrative Disorder (CDD) who is homeschooled by his mom and aunt. His behavioral therapist recommends specific and supervised computer use, and colors play an important role. But, providing the right interaction with computers and colors is never easy to get right and crushingly easy to get it wrong. The developing autistic child often associates colors with speech components or numbers. And, because Ricky is only 10, I was advised to make the first thing he sees on his computer screen a vivid image but not too noisy.

As we brought up the screen, his mom sat next to him as she pushed the button to turn the computer on.

When the desktop appeared, the Ricky's eyes grew wide and then tears formed. He tried to grasp the picture with his hands. His mom attempted to stop him before he broke the monitor, and with his hands in his mother's, he leaned forward and kissed the screen. His mom began to cry too as Ricky put the side of his face on the monitor screen and closed his eyes—a soft, subtle smile forming on his face.

He repeated this for several minutes: looking intensely at the computer screen, then kissing and hugging the screen. Eventually, I made sure she knew the instructions were on the kitchen table and left. As I turned back to them before closing the door behind me, mother and child were weeping and embracing the blue flower on the screen. It was all I could do not to join them.

Join us by donating to our upcoming campaign. More from Christine Hall at FOSS Force, "Reglue began its annual fundraising effort to raise money needed to keep the project on track, using the services of Indiegogo to manage the campaign. The goal? Starks says that $9,000 will fund operations for a year, but he’s hoping to raise $18,000 because the Reglue truck, Ken’s old Ford Explorer, has seen better days and most likely won’t make it through the year. In other words, nine grand will do but double that will do better. For the record, Reglue is a bonefide 501(c)(3) organization, meaning all donations are completely tax deductible." Find out more at our Indigogo fundraising page.

Ken Starks - Ken Starks | I am the founder of a non-profit organization known as Reglue. We accept broken or decommissioned computers, then place them in the homes of area kids who cannot afford a computer in the home. Beginning in February 2005 as Komputers4Kids, the organization transitioned into a larger organization called The HeliOS Project. In 2012, HeliOS dovetailed into Dr. Don Davis' organization, Recycled Electronics and Gnu/Linux Used for Education, aka Reglue. Reglue is headquartered in Taylor,...
More about me

Like "Reglue" we started the "Linux Against Poverty" campaign in Cochin, India.
We only got few number of computers as donation. I hope the situation may change in future.

Danial Jose, don't feel discouraged. A well known guy in the open source community in Austin was the driving force behind our Linux Against Poverty event. Lynn Bender did all the real work and he used all his contacts to make the Austin LAP a success. Without him, it would have bombed badly. Here in the states, we have what's known as NPR or National Public Radio. They will run public service announcements about upcoming charity work and the such and using them was a huge part of our success. Don't be discouraged. Even 1 LInux powered computer is one more without Windows overhead and headaches. The problem is, there are so many really good cracked releases of Windows 7 now, it's too easy to use that instead of Linux. However, moreover, I am flattered by your actions. Thank you for what you do.

Luis Ibanez on 02 Nov 2014 Permalink
Ken, Thanks this very inspiring article. It is very exciting to see the great work that you and your community are doing at Reglue. I greatly enjoyed your point explaining that the choice of Linux was: "a matter of pragmatic necessity", and how this choice indeed pays off when community support is needed and materialized. It is great to see open source software fulfilling the goals of empowering everybody to become a full-citizen of today's information society. Thank you and Reglue for this remarkable work.