For many people spring means a return to the bounty of fresh, local food from farmers markets. But for the one in five people in North Carolina who are facing hunger, that bounty is not an option. This was the challenge that we—a high-tech marketer and an engineer recently relocated from Silicon Valley—set out to solve in 2009. With the help of the open source model, a diverse band of collaborative change makers and engaged community members, the solution took root and continues to grow. 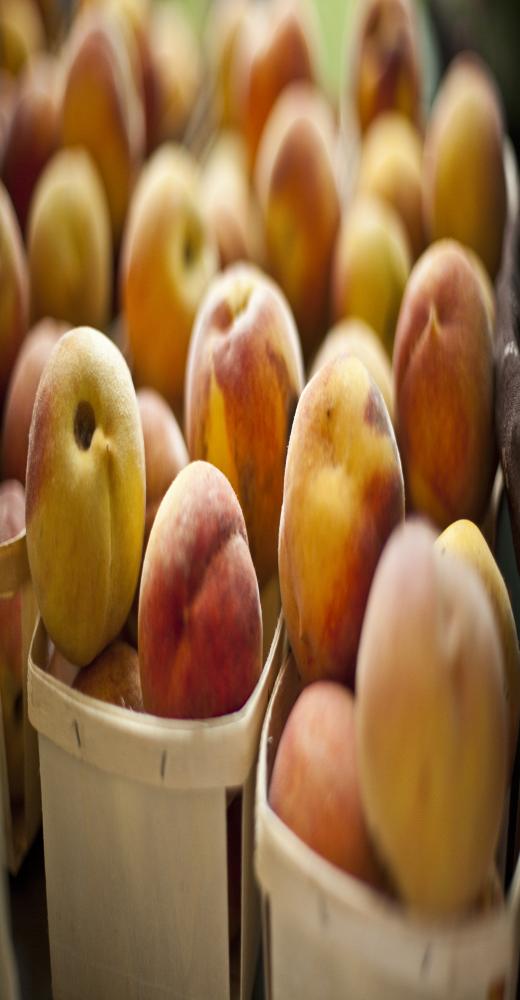 The problems seemed unrelated. Farmers were experiencing a loss of revenue as the recession deepened. Simultaneously, increasing numbers of people were accessing social services to feed their families. Agencies struggled to provide enough food, particularly healthy options, to the growing lines of food-insecure people.

A closer look revealed that the farmers grew enough to feed everyone, but were unable to sell everything. Unsold food was thrown away, composted or fed to animals. Furthermore, traditional donation-only food aid models rely on gathering leftovers, which left the agencies and their consumers with substandard and inconsistent supply. While it was great that the gleaners were trying to provide fresh food, these efforts were often at the expense of farmers, who were themselves struggling to make a living.

We saw this as a distribution problem in need of some re-imagining. The network was broken: good food from farmers was getting stuck at the distribution hubs (farmers markets), so produce was rotting or being thrown away. People within walking distance of the markets did not have enough healthy food. The solution was so simple it became our mission: connect people who grow food with people who need food.

We also knew instinctively that hunger is not an ownable problem. The solution needed to be designed by the community. An individual organization could be part of the change, but it must bring resources and collaboration, not competition.

As a marketer, Margaret knew that to get all the players on board, she’d have to change the conversation around local food to include the expectation that all members of the community deserve access to the highest quality local food — while not alienating or placing additional burden on the producers. She had recently been working with Tarus Balog of OpenNMS Group. She liked the community-based problem solving that is inherent in open source software programming and at the heart of high tech innovation.

The core team came up with Farmer Foodshare, an open source-based approach to solving hunger and malnutrition using community food, creativity, and collaboration. Everybody eats. Everybody shares. Everybody wins.

Farmer Foodshare was created on the basis of a few core open insights:

Farmer Foodshare freely provides the processes and operations our community members have designed for others to use and improve. Membership for farmers markets and food distribution agencies is open to all. The names Farmer Foodshare and Donation Station are community contributed and licensable; participants just have to agree to certain quality guidelines.

The initial pitch to donors was "buy one / give one." Donation Stations at markets would enable shoppers to buy extra from the farmers and donate it to an agency of the market's choice. Farmers could also donate their food. The recipient agency committed to helping choose the food and promised to cook it and share the recipes. The founding team was composed of Margaret and John; Market Manager Sarah Blacklin; Alex Hitt of Peregrine Farm and the farmers at Carrboro Farmers’ Market; the Inter-Faith Council for Social Services; UNC volunteers; and eventual Farmer Foodshare management Emily Madara and Adam Sherwood—all of whom worked together to provide expertise and advice to other markets that wanted to start Donation Stations.

The idea spread fast, from one to five markets in less than two years from founding, then to 17 markets. Volunteers contributed innovations back into the blueprint, such as a chef-led program called Food Ambassadors. 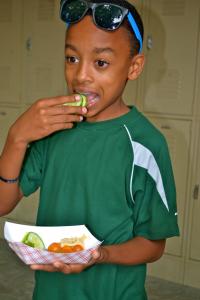 Farmer Foodshare’s most innovative program, an aggregation and distribution business called POP Market, was inspired when we saw a struggling farmer unload cases of unsold but perfect cabbages at a Donation Station. Later that week, we learned that agencies have money to buy food, but are often buying from big retailers because they assume local is too expensive. So, the farmers and our team created the wholesale POP Market to make local food convenient and easy to buy for agencies. Even the money is shared back into the network: all grants that the organization receives provide local food and resources for partners and farmers.

The future for Farmer Foodshare and hunger in NC

Farmer Foodshare was created by the community on the core principles that everyone should be able to eat well without depending solely on charity and that producers should be respected, too. There is enough food to go around, if we all share and innovate.

The effort isn't finished. There is still hunger and malnutrition in North Carolina and the United States. Farmer Foodshare, like any open source project, continues to evolve. The project has inspired agencies, policymakers and farmers in eight North Carolina counties to start Farmer Foodshare programs, taking seriously the need to ensure that the fast growing farm-to-table movement includes all tables.

The clients of Farmer Foodshare's agency partners, including the children and families who access emergency food aid, also participate. They come to the markets, help to staff the Donation Stations, meet the farmers and learn more about healthy food—and remember that they have a place in the food system too.

If you are interested in volunteering, learning more, or starting your own Farmer Foodshare program, you can:

What to read next
Margaret Gifford 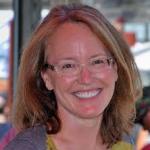 Currently based in New York City, Margaret provides strategic marketing and brand engagement for high impact companies and organizations globally. Margaret and the team founded Farmer Foodshare in 2009, when she moved to Chapel Hill NC from San Francisco.
More about me