Open source embroidery creates a niche stitch with the EmbroiderModder 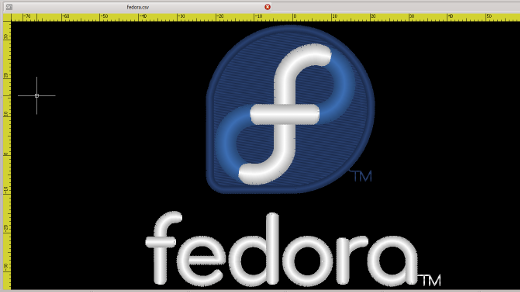 There is exactly one Windows machine left in my house. I feel like I barely even know how to use it anymore, with the exception of its dedicated purpose: it runs my embroidery machine. And you only think whatever the latest video game you tried to crack was proprietary, locked-up madness. It takes two USB dongles in the computer that runs the embroidery machine—one for the software that drives the machine and one for the design software. You know that means it costs a small fortune. Thus, I've regularly looked for the latter (I'm not holding out any hope for the former), but had no luck until Embroidermodder 2 launched its Kickstarter campaign.

This is admittedly a small niche cross-section of interest if there ever were one: people who both want open source software and own embroidery machines. But what a lot of open source people do want is cool swag showing off their favorite projects, like these Fedora hoodies that I made, sadly using that locked-up, proprietary, industry-standard software: 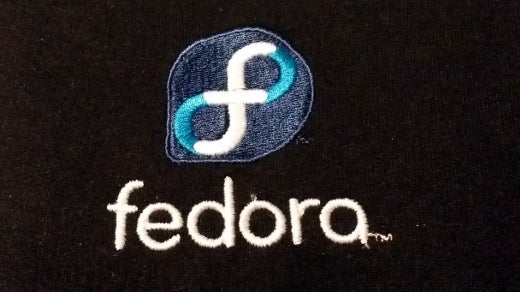 Wouldn't it be better if your swag was made with open source tools? Supporting this project can help make that possible. Here's the Fedora logo ready to go in EmbroiderModder:

For those not in this niche of hobbies, embroidering your favorite image on something isn't as simple as grabbing a crappy jpeg off the website and telling the machine "go." You need an embroidery file, and making that file is called "digitizing." It's best to start with vector art, and then you need to understand things like stitch types and when the thread should be trimmed. It takes some effort to learn (like any skill), but to get better at it means sitting in front of that computer with the dongles in it. And with my travel schedule, let's just say that doesn't happen very often. I'm excited that now I can have the design software on my Linux laptop and work on digitizing anything anytime I want, whether I'm in an airport or a hotel or a beanbag in my house.

You can download EmbroiderModder now from GitHub. Supporting the project on Kickstarter means that the developers will be able to dedicate more time to it, improving it and adding features.

If you'd like to try it out on Fedora 20, the build instructions on the GitHub page won't help much, so here's how you do it:

On their Kickstarter page, the creators talk about their Arduino prototype towards that goal of an open source embroidery machine. One of the rewards for backers includes the prototype Arduino electronics.