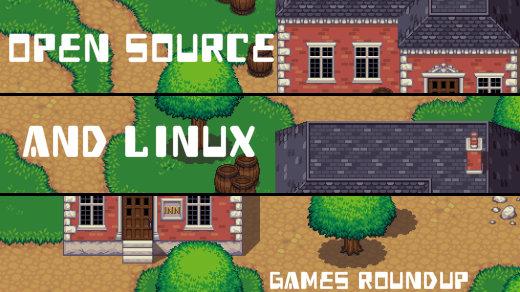 Hello, open gaming fans! In this week's edition, we take a look at Open Source Virtual Reality (OSVR) by Razer, old school DOS games in the browser, and more!

A lot of buzz this week about Razer, who teamed up with companies like Unity, Leap Motion, Gearbox Software, and more to launch Open Source Vitual Reality (OSVR). Mic Wright on The Next Web writes: "The aim of OSVR is to create a standardized interface for building virtual reality apps and games." Where OSVR is an alternative for the Oculus Rift, any software developed for Unity 3D or Unreal 4 Engine will run on it, and it will work with the latest version of Oculus. Linux Gaming News also covered this news in detail.

Gaming On Linux writes about a new Steam client beta that will include a useful feature to see how your game is performing in FPS (frames per second), without any extra plugins.

2,314 classic old DOS games are free for play in your browser, according to CNET this week. Game titles like Prince of Persia, The Oregon Trail (1990), Bust-A-Move (1997), Wolfenstein 3D (1992), and many more can be found on the Internet Archive, who preserves digital content. It's all made possible via the EM-DOS box emulator (on GitHub) which is open source.

What old game will you play?

Warhammer Quest has been made available on Steam and is currently on sale on Steam, with a 10% discount until Wednesday January 14. See more news on this from Root Gamer and Linux Game News.

Lead your group of brave adventurers through the perilous dungeons of the Warhammer world in the search for wealth and glory! Based on the classic Games Workshop board game, Warhammer Quest is a mix of adventure, strategy and role-playing. (Source: http://warhammerquestgame.com/)